Will the pandemic trigger more transparency on pay? 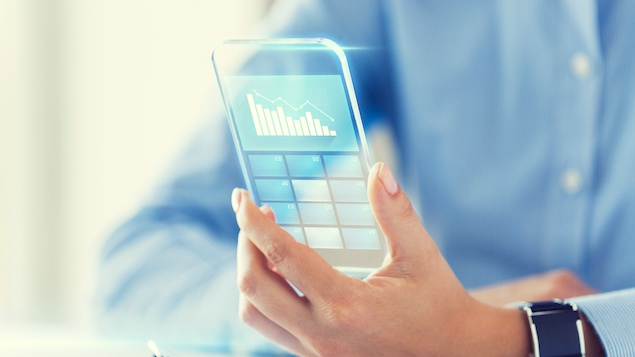 The Covid-19 pandemic has altered employers’ relationships with their workers in a number of ways, with increased trust and honesty emerging in many organisations. Ruth Thomas asks whether this positive will extend to conversations about pay.

Before the pandemic, pay transparency tended to be discussed in aspirational terms among reward teams. They considered where they sat on the transparency continuum and how they might create further workplace transparency and openness.

But events of the last six months have accelerated this, with a definite uptick in transparency with much open and direct communication.

Organisations have spent time explaining why they had to make changes that impacted their people and this has created a strong bond of trust. It’s important now to build on this spirit of trust and affiliation and continue progress towards pay transparency.

After the last financial crisis of 2008 (and the recession that followed), a backdrop of banker’s pay revelations, pay freezes and negative wage inflation all drove frustration around fair pay and many have felt they are not getting a fair deal.

Then emerging pay equity legislation, including gender pay gap reporting regulations, led to greater public scrutiny on pay gaps and fair pay. Add to this the fact that employees now have greater access to pay data, due to the proliferation of information in the public domain, allowing them to draw their own conclusions on fair pay.

It’s also been well documented how the economic impact of the pandemic has disproportionality impacted job security and pay equity for low wage employees and minority groups.

All in all, today there are greater expectations of being treated fairly and transparency has become embedded in our way of life.

Pay transparency is as much a conversation about organisational values as it is about pay.

Looking at case studies of those businesses who have adopted a complete pay transparency approach, such as US employers Buffer and Wholefoods, what’s apparent is the move was driven primarily by their corporate values. For them transparency was something they wanted to pervade their cultures and was not just a conversation about pay.

This obviously does not apply to all organisations, but it’s the shift of purpose from only advancing the interests of shareholders to creating value for all our stakeholders that will inevitably focus business leaders on this value-led approach to pay fairness and transparency.

In June last year, a US business roundtable group of almost 200 chief executives (including the leaders of Apple, Pepsi and Walmart) issued a statement outlining their joint commitment to compensating employees fairly and “providing important benefits”.

In its 2018 Human Capital Trends report, Deloitte picked up on the role of fair and transparent compensation in building a relationship of trust with workers. It said: “Organisations are no longer assessed based only on traditional metrics such as financial performance, or even the quality of their products or services. Rather, organizations today are increasingly judged on the basis of their relationships with their workers, their customers, and their communities, as well as their impact on society at large – transforming them from business enterprises into social enterprises.”

What’s clear from this is that pay transparency will increasingly become a boardroom topic of interest.

Ultimately there are some compelling truths about pay transparency as it relates to your organisation’s values. Your core values should be reflected in your compensation philosophy. So, if you say employees are your most valuable asset, pay them fairly; if you value open communication, prove it by communicating salary ranges and pay rationale to your employees.

If your process is fair you will have nothing to hide.”

Our clients are often fearful of communicating openly about pay, but if your process is fair you will have nothing to hide and the right pay framework should be easy to explain because it obviously aligns to how you attract, retain and reward talent.

How transparent should we be?

When it comes to pay transparency there is a big difference between broadcasting everyone’s salaries and being transparent about how pay is determined, and this can be represented on a continuum.

We recently polled webinar participants asking where they felt they would be situated on that continuum.
The results highlighted that most organisations are still in an “aspirational state” when it comes to implementing pay transparency, with the largest group not sharing any information on pay.

What’s important is identifying where you want to be on the transparency continuum and focus on how to get there.

How to create transparency

The first step to creating transparency is to establish a business case and convince your leaders.

The business case can focus on the ‘transparency = trust = engagement = productivity’ equation, or the fact that pay transparency is as much about mitigating risk as anything else. Then of course there is the value led approach we discussed above.

From there, you can work to define a clear pay strategy to guide the work needed to develop your job architecture and pay frameworks. Most have work to do in terms of tidying up pay before moving towards transparency. But it’s worth noting that if you have internal equity issues these are a risk to be addressed whether you decide to be transparent or not.

Then communication is critical. When crafting your strategy remember there are three things employees want to know about pay: how their pay was determined, how they can influence their pay and how their pay compares with others.

Tackling these needs and supporting managers to communicate and understand pay frameworks as a tool to motivate their people, you will be able to progress along the continuum.

At a time when pay fairness has become a multi-stakeholder issue and societal and employee expectations have shifted it’s time to move beyond aspiration to reality and start putting principles into action when it comes to pay transparency.