Why service agreements matter in the Covid-19 era 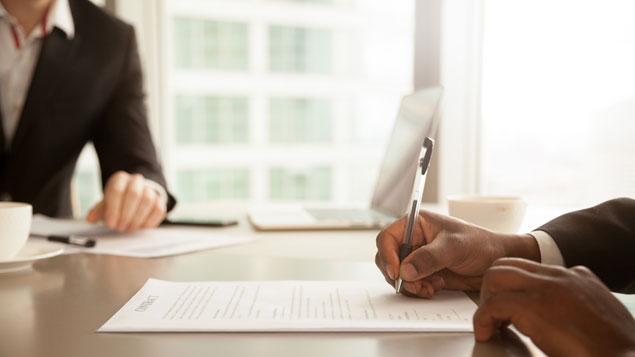 The turbulence caused by Covid-19 and its associated economic depression will see companies being sold, going into administration and executives being cast off. Service agreements are one aspect of all this that should deserve attention from HR at the highest level, writes Dean Fuller.

“The devil is in the detail” is an idiom beloved by lawyers when studying service agreements with unusual provisions. For example, a “change of control” clause is atypical, warrants careful analysis and is just the sort of provision that keeps an employment lawyer awake at night. From the executive’s perspective a well-drafted clause should adopt the wider definition of “control” in s.450 of the Corporation Tax Act 2010 rather than the narrower definition in s.1124, which looks only at current powers to ensure the company’s affairs are conducted in accordance with a person’s wishes rather than powers that may be acquired in future.

Conversely, a senior executive may be disappointed to find that on reviewing such a clause it does not apply if there is a change of control of the employer’s holding company or if the company merges with another company which is not part of its corporate group. This potential problem is particularly relevant if the holding company is a listed entity where no single shareholder is deemed to be in control.

A “golden parachute” clause may provide for an enhanced severance payment or extended notice period on termination, where termination follows a particular event such as a takeover or merger. Such clauses are unpopular with shareholders and do not reflect modern corporate governance guidelines. Nonetheless, the likely response of a senior executive whose service agreement includes such a clause will be that as the employer entered into such a contractual commitment it must be honoured.

A service agreement cannot be unilaterally amended by an employer so as to reduce or eliminate, for example, a “golden parachute” payment”

It is essential for the parties to understand if the service agreement provides that an executive’s employment can be lawfully terminated immediately with a payment in lieu of notice (Pilon). What falls within such a payment? Is it basic pay only or does it include an additional cash sum to compensate for loss of benefits, bonus and commission? Does the Pilon have to be paid as a lump sum or can it be paid in instalments with a set-off for future earnings? The mechanism for giving notice needs to be carefully understood in order for a Pilon clause to be relied upon.

Can clauses in executives’ contracts be changed to reduce the amount a business may have to pay out?

A service agreement cannot be unilaterally amended by an employer so as to reduce or eliminate, for example, a “golden parachute” payment. The agreement of the executive is needed and unlikely to be forthcoming with job prospects diminished. The prevailing orthodoxy is that the text of the service agreement – ie, what it actually says – is paramount rather than the context. An executive may have a possible cause of action in rectification (the action of putting something right after the event) but the difficulty with a rectification claim is that there is quite a high hurdle to prove it.

What provisions do businesses need to be aware of in the contracts of executives in a post-Covid world?

Employers need to be mindful of the plethora of obligations owed by and to executives. For example, are the obligations of the employer guaranteed by any group companies? In a Covid-19 world with an increasing number of insolvencies this issue is likely to be of increasing importance with executives looking for employer’s obligations to be guaranteed by a parent company. Other issues include whether directors’ and officers’ insurance is provided for and what indemnities appear in the service agreement.

Directors will owe fiduciary duties, the implications of which need to be understood. Some executives may be found to be de facto or shadow directors, which will have fiduciary duty implications. The scope of those duties will be influenced by the service agreement. Such duties may require the executive to report their own wrongdoing or to face claims for an account of profits or injunctive relief if they have crossed the line in making preparatory steps for the benefit of a new venture.

Are there benefits that may now be prioritised in the negotiation of a new executive’s contract following coronavirus?

If Covid-19 represents the new normal then certain benefits will naturally be prioritised, such as private medical cover, life assurance and permanent health insurance. Less obvious may be the return of the company car given a reluctance to use public transport. How the service agreement is drafted may be key to the survival of the benefit if the employer wishes to withdraw insurance cover. Can the employer do so? Is the employer obliged to replicate such cover with another provider? From the executive’s perspective it should be. The service agreement is not the whole story.

Other documents may need to be considered to understand the scope of the contract of employment, such as side letters, equity and bonus plans and even the employer’s articles of association which may include an indemnity in favour of directors. Businesses ought to be carrying out an audit of the contractual arrangements that apply to their senior executives to avoid discovering nasty surprises.