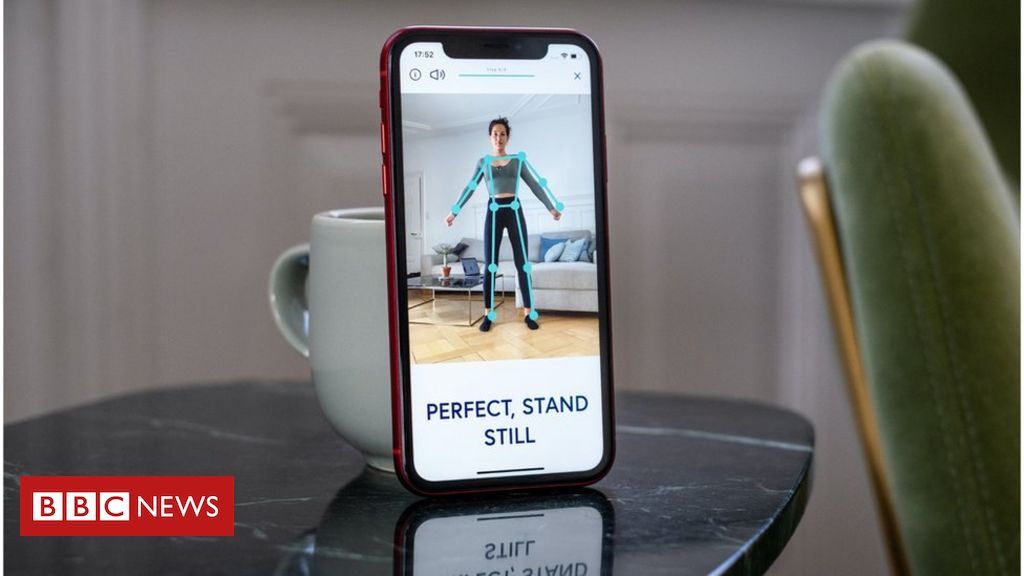 Why are clothing sizes so erratic and can they be fixed?

Why are clothing sizes so erratic and can they be fixed?


Sorcha O’Donoghue has long been annoyed by the disparity in sizing between clothes bought in different stores.

“Once I went shopping and got a pair of jeans that were size 8 on the label. Then I went to another shop and I was back to size 12,” she says.

Thanks to the coronavirus, the 36-year-old human resources adviser who lives in Norwich, is doing more online shopping and the inconsistencies have become even more glaring.

“I’ve ordered clothes that I’ve had to send back several times because they were either too baggy around the chest area or too tight around some other area, though they were the same size,” she says.

Earlier this year a friend advised her to try meepl, a Swiss company which has technology designed to avoid those hassles.

Ms O’Donoghue downloaded the app and stood in front of her smartphone wearing tight leggings. The app did a full scan of her body from all sides and created a three-dimensional rendering of it.

With that information, it calculated her size and can give her recommendations on what size to choose at shops including Topshop and Zara.

“I’ve used it about four times since and find it really, really easy. I don’t need to buy what I wore the last time I went into a shop. All I have to do is go into my handbag, pull out my phone, click on the app, and I’ve got all my information stored,” Ms O’Donoghue says.

Meepl creates a 3D body profile and matches the consumer’s personal body measurements with off-the-rack garment data. At online shops that use its service, the customer’s avatar can be uploaded into a virtual dressing room to try on items.

Experts say if this kind of app becomes widespread, then it could affect the way clothes retailers do business.

An earlier attempt at using a body-measuring app, Japan’s Zozosuit, did not catch on in Europe, amid claims that it was not accurate. However, that system was intended for making bespoke suits, and not for matching customer sizes to existing off-the-peg products.

As well as providing a better customer fit, the new breed of apps can also help with returns – a massive problem for online retailers.

A 2018 report by Barclaycard suggested that almost half of the amount UK shoppers spend on clothes ends up being refunded by retailers.

It found a third of shoppers buy clothes online expecting that items will be unsuitable – before they’ve even tried them on.

“If these apps are linked to a list of basic blocks across retailers, then that’s a big step forward as they will minimise returns – the biggest bane of online retailers,” says Maria Malone, principal lecturer in fashion business at Manchester Metropolitan University.

“With apps like these you’re only actually ever making what is already pre-ordered by the customer, so that’s going to reduce waste.”

Israeli company MySize also has an app that can measure a person’s size, but without using the phone’s camera.

Instead, a user moves the phone along their body and the app uses the accelerometer sensors and gyroscopes in the smartphone to work out dimensions.

MySize has used the data collected from customers to train an artificial intelligence program to recognise patterns and features of human body shapes, which it then uses to make its calculations more accurate.

Each person’s dimensions are stored in a database, which retailers can access to get a size recommendation.

It is an industry that often resorts to vanity sizing, which is the practice of labelling clothes a size smaller so that brands mislead customers into thinking they are thinner than they actually are, Mrs Pardo says.

“When you know the profile of your customers, you will manufacture less, something that will eventually lead to a more sustainable industry.”

The fashion industry is under pressure to cut waste. Each year, 85% of all discarded textiles, that’s 21 billion tonnes a year, go into landfill, according to a report from the United Nations Economic Commission.

Cheap and trendy clothing, manufactured quickly, and sold at low prices to meet an ever-shifting consumer demand inspired by celebrity culture and the catwalk, is a major culprit in all this.

The rise of so-called fast fashion over the last 15 years has established a business model whereby some brands produce 52 collections each year, which translates to one collection per week.

The apparel industry accounts for 10% of the world’s carbon emissions, according to the UN report.

“This is crazy,” says René Stampfl, vice president for Europe, Middle East and Africa at meepl.

“Fast fashion has changed how consumers in the Western world are thinking about buying clothes.

“There is so much overproduction that in the end millions of pieces of garments end up in landfills or are incinerated.”

Mr Stampfl is confident that technology like his, which can create a unique body profile, can help tackle this issue.

“When the consumer shares their personal body measurements with brands and retailers, clothing customisation is achieved for everyone,” he says.

Mr Stampfl thinks that, in the long run, sweatshops will give way to so-called micro-factories.

As the name suggests, micro-factories will be smaller and use automation to cut down on the use of resources such as energy, and textiles.

“These micro-factories will match the new supply and demand,” he says.

But Manchester Metropolitan’s Maria Malone is cautious about the idea. She says the concept of “customisation” becomes more applicable the closer we get to the top end of the designer spectrum.

“High-end brands could definitely do it because they could find themselves in a position where they are only actually ordering stock that is going to fit their customers,” she says.

The same is not true towards the lower end of the spectrum though, where the powers-that-be behind fast fashion lie. Garments there have such a low value and make so little profit that the incentive for change is low.

But among the buying public there may have been some positive signs of change emerging during national lockdowns.

“Amidst the ongoing pandemic, people don’t go out that much,” says Dr Malone.

“They don’t feel they need to make an impression on others and have started thinking, ‘Why do I need 54 pairs of shoes in my wardrobe? How can I utilise what I already have in my wardrobe?'”