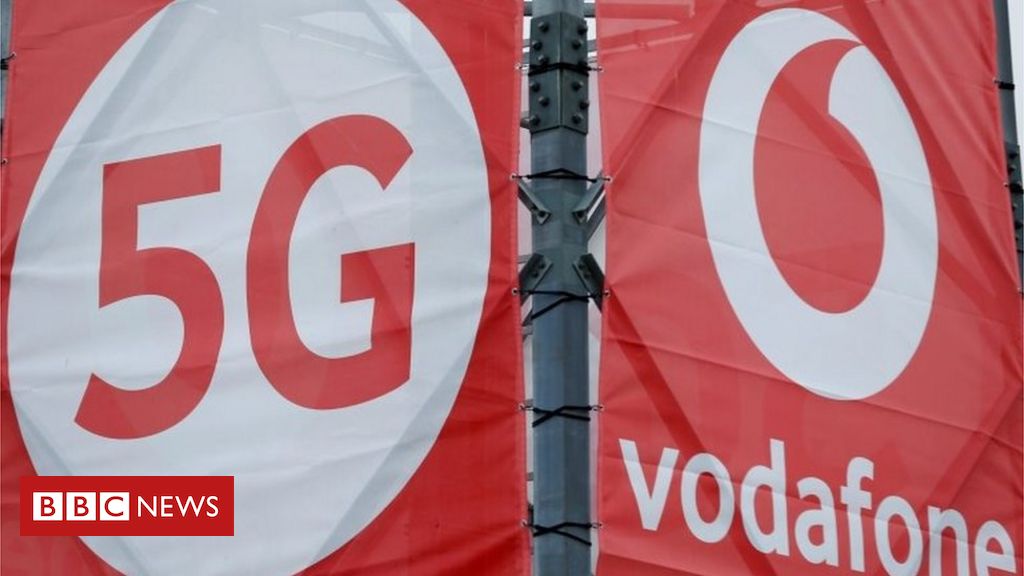 Vodafone calls for 5G auction to be scrapped

Vodafone calls for 5G auction to be scrapped


Vodafone wants the government to cancel an auction in which mobile operators bid for “space” on the 5G spectrum.

It follows the decision to strip Huawei kit from mobile networks and economic uncertainty from the Covid-19 crisis.

And Vodafone says radio frequencies for 5G mobile services should instead be evenly distributed for a set price.

The auction had been scheduled to start in the spring but was delayed because of the coronavirus. It is now expected at some point in the next year.

But the process has been fraught with delays, with EE and Three launching legal challenges in an earlier auction over Ofcom’s decision to impose a 37% limit on how much each individual operator could bid for, and O2 challenging the forthcoming auction of 700MHz and 3.6-3.8GHz bands.

And this week, the government ruled Huawei’s 5G kit must be removed from the mobile networks by 2027, noting this could delay the UK’s 5G rollout by several years and cost up to £2bn.

But on Thursday, Vodafone chief executive Nick Jeffery told BBC News: “Now is the time to consider a new way to manage these auctions.

“Return on investment in telecoms in the UK is amongst the lowest in the world.

“With additional money being taken out of the mobile industry from yesterday’s decision on Huawei, now is the time to focus on ensuring operators can still afford to invest in the network this country deserves.

“There is little point in operators owning spectrum if we don’t have the money to use it.

“History teaches us that from the 3G auctions.”

Telecoms analyst Mathew Howett, from Assembly Research, said: “There is very clearly a cost to the industry in terms of replacing Huawei earlier than operators might have done naturally.

“Government can’t expect the industry to speed up deployment of networks if they pile on additional cost and slow down that rollout.”

But he added: “The last time the government directed Ofcom with regards to spectrum – the liberalisation of bands for 4G and associated annual licence fees – legal challenges went on for a decade.”

Any changes to the way spectrum was distributed would also need the agreement of all four operators.

But, according to Vodafone, others are “keen”.

BT, which owns EE, told BBC News it was “less concerned about the mechanism to allocate new spectrum, be it auction or administrative decision, than the importance of awarding spectrum quickly and fairly… to avoid the UK’s 5G ambitions being slowed down or even put in reverse”.

And it was talking to Ofcom and the government about “ways to reduce the industry’s cost burden”.

Three and O2 have not responded to requests for comment.