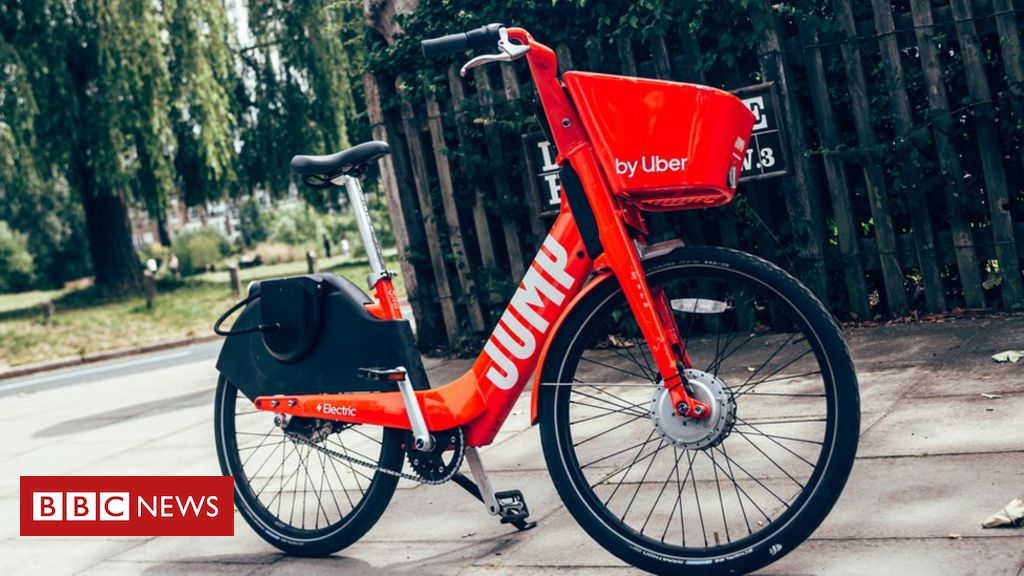 
Uber is destroying thousands of electric bikes and scooters, after selling its Jump business to Lime.

Videos of its red bikes being crushed at a US recycling centre were shared on social media, angering cycling advocates.

Uber said it had decided to destroy thousands of its older-model vehicles due to maintenance, liability and safety concerns.

In the UK, Uber continues to operate Jump and has not scrapped any bikes.

A spokesman told the BBC the sale of Jump to Lime had not been completed in Europe, and that Jump continued to operate “as normal” in London.

In 2018, Uber said it would focus more on its electric bike and scooter business than on cars.

But on 7 May this year, Uber announced a deal that saw Lime take over the Jump bike business.

As part of the deal, Uber invested $170m (£139m) in Lime, while Lime acquired “tens of thousands” of Uber’s Jump bikes – and the associated intellectual property.

Lime’s chief executive Wayne Ting has said he prefers the design of Uber’s bikes and will deploy more of them in the future.

However, there were also “tens of thousands” of older-model bikes that Lime did not inherit as part of the deal.

Videos shared on Twitter show the bikes arriving at a recycling facility in North Carolina to be destroyed.

Disappointed charities and organisations suggested the bikes could have been donated to community groups, or sold to individuals to boost the uptake of electric bikes.

“Why not at least peel the decals [branding] off and sell the bikes to individuals?” Jon Orcutt of Bike New York, a non-profit group, told news site Motherboard.

“We explored donating the remaining, older-model bikes,” Uber said in a statement.

“But given many significant issues – including maintenance, liability, safety concerns, and a lack of consumer-grade charging equipment – we decided the best approach was to responsibly recycle them.”