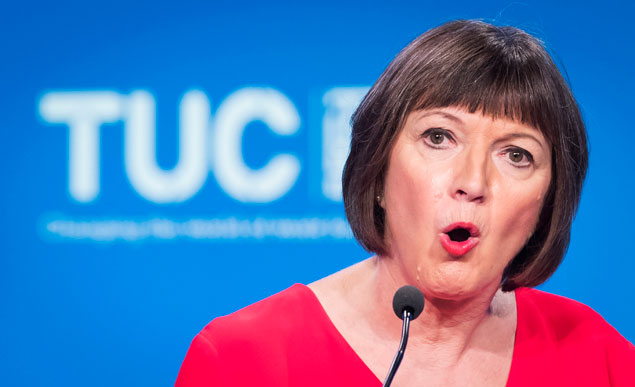 However, the TUC said its proposals did not come without strings. Again, it cited countries such as Germany, Denmark, France and the Netherlands as models that could inform UK policy. Among its proposals were that:

With more businesses now able to open up, support needed to be targeted on those businesses that needed it most, the study recommends, in an echo of Labour policy. In July, shadow chancellor Anneliese Dodds spelled out that support should continue beyond October and be targeted on specific sectors. She warned: “The reward for months of hard work and sacrifice by the British people cannot be a P45.”

There is still time to avoid a tsunami of unemployment” – Frances O’Grady, TUC

The TUC said in its report that a continued scheme should support “viable businesses that can retain the skills of their workforce – but need more time to get back on their feet”.

Among the issues addressed by the proposals, the TUC noted that the crisis had hit those in low paid jobs particularly hard, particularly those for whom 80% of wages meant falling below the level of the national minimum wage. It cited Bank of England research that showed that while those earning £35,000 and above had been able to build up savings, those earning less than £20,000 have had to dig into their savings to get by.

The new scheme should require employers to ensure that no worker receives below the national minimum wage for their normal weekly working hours.

Frances O’Grady, the general secretary of the TUC, said: “Ministers cannot afford to throw away the good work of the [furlough] job retention scheme. There is still time to avoid a tsunami of unemployment.”

“Working people carried the burden of the pandemic. They must not bear the brunt of this recession too. Protecting decent jobs with fair pay is how we recover.”

Agata Nowakowska, area vice president EMEA at global learning company Skillsoft, offered support for the plan’s training elements: “It’s crucial we take this opportunity to prepare our workforce for the jobs of the future – building a stronger labour market that will support businesses through challenging economic conditions. Organisations will need to think holistically about managing reskilling, upskilling and job transitioning.

“As the war for talent intensifies in the post-pandemic circumstances, employee development and talent pooling will become increasingly vital to building a modern workforce that’s adaptable and flexible.”

The UK furlough scheme is still scheduled to end in October with chancellor Rishi Sunak and Prime Minister Boris Johnson maintaining their stance that continuing it in the long term would be counterproductive despite there being, said Sunak, “hardship ahead for many people”.

Virgin Atlantic, which announced today plans for a further 1,150 job cuts, has said it is also introducing a voluntary, company-financed furlough scheme for 600 crew when the government’s Coronavirus Job Retention Scheme ends on 31 October.