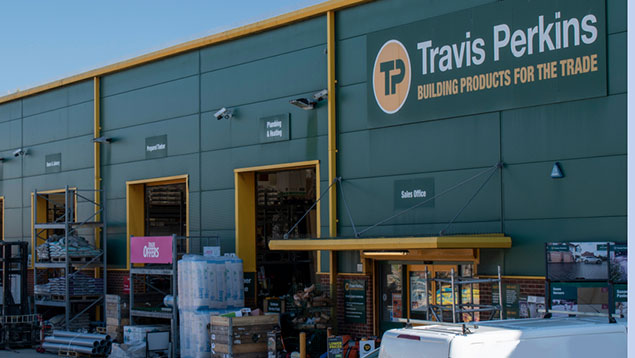 Timber and builders’ merchant Travis Perkins plans to close 165 stores and shed 2,500 jobs in the UK, in anticipation of lower demand in the wake of the Covid-19 pandemic.

With around 30,000 employees, the figure represents approaching 10% of the company’s workforce.

Travis Perkins owns a number of chains including the DIY retailer Wickes and Toolstation, and with 2,154 branches around the country is the UK’s largest distributor of building materials.

The company has started a consultation of its staff on the job cuts, which will also be in non-store roles in distribution, administrative and sales. Small, less profitable branches of Travis Perkins where it is difficult to implement physical-distancing guidance are thought to be the most vulnerable to closure.

Some of the branch closures will affect Wickes, Toolstation, Tile Giant, BSS and the company’s other chains in the UK but 66 Toolstation stores in the Netherlands, France and Belgium will remain open.

The company stated: “It is evident that the UK is facing a recession and this will have a corresponding impact on the demand for building materials during 2020 and 2021. Reflecting the challenging outlook for our end-markets, the Group is taking regrettable but necessary actions to preserve the future competitiveness of the business,” Travis Perkins said.

The group did acknowledge that revenues had picked up as lockdown had eased and it had been able to open more of its stores, to the point where they were about 85% of the value of May 2019’s trading figures.

Nick Roberts, the chief executive, said: “While we have experienced improving trends more recently, we do not expect a return to pre-Covid trading conditions for some time and consequently we have had to take the very difficult decision to begin consultations on the closure of selected branches and to reduce our workforce to ensure we can protect the group as a whole. This is in no way a reflection on those employees impacted and we will do everything we can to support them during this process.”

About 15,000 of the company’s employees were furloughed for the first three weeks of the lockdown on full pay. The Travis Perkins board and top management took a 20% pay cut from 1 May for three months.

The company is said to have saved £90m a year through making use of the government’s business rates holiday.

As employers become responsible for paying national insurance and pension contributions and later a greater proportion of wages in the months to come it is anticipated that more firms will choose to make large-scale redundancies.

From September employers will have to pay the 10% difference between the current 80% furlough threshold and a revised 70% government contribution – and then 60% from October.

In July, employers can bring back their furloughed staff on a part-time basis and pay them only for the hours they work and with the government paying the balance up to the maximum threshold of £2,500 (80%).

TUC general secretary Frances O’Grady, in an interview with The Independent yesterday, said it would be “a crime” to see hard-hit industries fail because of a “rigid approach” to winding up state support.

She also called on the government to commit to exempting people who were shielding at home from strict deadlines that prevented new applications to the furlough scheme after 10 June.

And Labour has warned that the deadline means anyone diagnosed with a condition after 10 June will not be eligible for furlough, despite being forbidden from going to work.

In further news of redundancies, Johnson Matthey, which supplies materials for catalytic converters in cars, last week announced it would make 2,500 redundancies worldwide, or 17% of its total workforce. The group said the cutbacks would take place over three years.

And Heathrow said on Thursday that voluntary redundancy had been offered to all of its 7,000 direct employees.

Chief executive John Holland-Kaye said: “Throughout this crisis, we have tried to protect frontline jobs, but this is no longer sustainable, and we have now agreed a voluntary severance scheme with our union partners.

“While we cannot rule out further job reductions, we will continue to explore options to minimise the number of job losses.”

Centrica announced 5,000 jobs were to go at the firm last week.