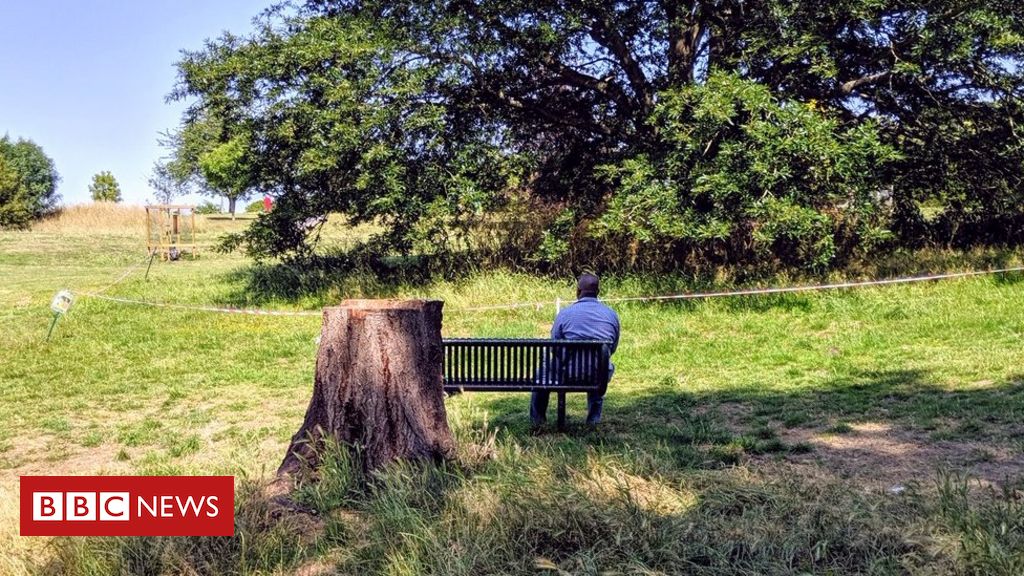 Thousands of migrants denied help in the pandemic

Thousands of migrants denied help in the pandemic


Poverty and destitution. That’s the reality for thousands of migrants in the UK since the pandemic started.

As lockdown hit, migrants across the nation who often work in casual and low-paid roles saw their jobs disappear or incomes slashed.

But unlike the rest of the country, they have no welfare safety net to fall back on, because a controversial immigration policy known as No Recourse to Public Funds (NRPF) means they cannot access benefits.

Recently-released government figures show that applications to the Home Office for the ban to be lifted rose by more than 500% during lockdown compared with the first three months of the year.

That gives an indication of the unprecedented level of financial hardship that families across the country are experiencing.

There are an estimated 1.4 million migrants to the UK from outside the EU who have visas subject to this rule, according to the Migration Observatory, at the University of Oxford.

These migrants cannot receive most government-funded benefits, including child benefit, child tax credits, council tax benefit and disability living allowance. As a last resort, many migrants are having to turn to charities for help.

The Joint Council for the Welfare of Immigrants (JCWI) says that for the first time in its 53-year history, in addition to its advisory services, it’s also providing material support such as cash, food and clothing to migrants.

“During the pandemic, people have been unable to do work that they were otherwise doing,” says JCWI chief executive Satbir Singh.

“If that’s been casual work or informal work or cash in hand, they obviously don’t have access to job retention schemes or the support schemes for self-employed.

“So we’ve seen an increase in people becoming street homeless, acutely hungry and not being able to afford even basic medication because they literally have no support available to them.”

Jeremiah (not his real name) is a migrant from Africa with permission to live and work legally in the UK on a temporary basis.

He has been in the UK for 16 years, working in construction helping to build new homes in and around London. He lives with his wife and three children.

His casual work in construction stopped abruptly following lockdown. Since then, he’s struggled to provide for his family.

At the start of lockdown, NRPF barred him from claiming any benefits, including child benefit for all three of his British-born children, although he had been paying taxes on his income for years,

“I’ve not worked since March this year,” he said, adding that he had been having sleepless nights, while he and his wife had had to cut back to one meal a day in order to make sure their children had enough to eat.

After the BBC spoke to Jeremiah, he got in touch to say his application for NRPF to be lifted was successful. He says he is relieved to finally get access to financial support, but is angry his family had to endure four months of poverty while waiting for a decision.

Since Covid-19 was declared a global pandemic, the Citizens Advice Bureau says it receives calls every 20 minutes from migrants desperate to access benefits.

Migrants who are applying for, or who have, leave to remain on family or private life grounds can apply to the Home Office for NRPF to be lifted. But the decision can take months.

Charities across the sector, the Local Government Association and the Work and Pensions Committee have recommended the government suspend NRPF altogether during the coronavirus crisis.

MP Stephen Timms, who chairs the committee, says: “What we need is for the ‘no recourse to public funds’ restriction to be suspended for the duration of this crisis.

“So that hard-working, law-abiding families can apply for universal credit, just as three million other people have done since this crisis began.”

Home Secretary Priti Patel insists there are safeguards in place to support those affected and that the policy is in the public interest.

A government spokesperson said: “We have been clear that no one should find themselves destitute during this crisis due to circumstances beyond their control.

“Extensive action to support those with no recourse to public funds has been taken, such as rent protections, the Job Retention Scheme, the Self-Employed Income Support Scheme, allocating more than £3.2bn to local authorities and £750m for charities to support the most vulnerable.”

But charity Khalsa Aid, which normally supports international refugees, says it is not seeing that financial boost filter down to people on the ground.

It set up a food parcel delivery service soon after lockdown, responding to migrants on student visas and undocumented migrants who were struggling to feed themselves.

The charity’s workers are delivering more than 200 food parcels each week. Jagdeep Khera, a 22-year-old student and full-time volunteer there, says demand for food boxes has been overwhelming and that it continues to rise as more people find out about their service.

Undocumented migrant workers without official immigration status have no option at all to access welfare.

Pavan Sharma (not his real name) arrived in the UK from India almost 20 years ago. He has been homeless for much of that time. He works for cash in hand for as little as £5 a day – because of the pandemic, that work has gone.

He has been housed by the government as part of their Everyone In scheme for the homeless, but knows the emergency accommodation will come to an end soon.

He thinks the government should give undocumented migrants temporary permission to stay and work in the country. Similar schemes are under way in Italy and Portugal.

“I don’t want recourse to public funds. All I need is for the government to give me a document that says I am Pavan Sharma with permission to work,” he says.

“I would be independent of the state. I could save some money, leave the shelter, rent a room. I would be able to carry on with my life working six days a week.”

The Citizens Advice Bureau points out that the overwhelming majority of people affected by NRPF are people of colour. Black and ethnic minorities, Public Health England says, are also disproportionately affected by Covid-19, partly because of their over-representation in frontline key worker roles.

And without access to benefits, they are incentivised to work even if they are sick or need to shield, which makes NRPF a public health issue.

Satbir Singh, from JCWI, argues NRPF as a policy should be lifted on public health grounds alone.

“It’s a political strategy of being as performatively hostile as possible to migrants. And that’s why we don’t see any movement.”

For the time being, those migrants fortunate enough to qualify can apply for NRPF to be lifted on a case-by-case basis.

For the thousands of migrants who don’t qualify and who have been affected by coronavirus, charities say they are at heightened risk of, or are already living in, poverty.

They warn that the coronavirus crisis, alongside hostile immigration policy, will only widen existing economic inequalities in the UK.