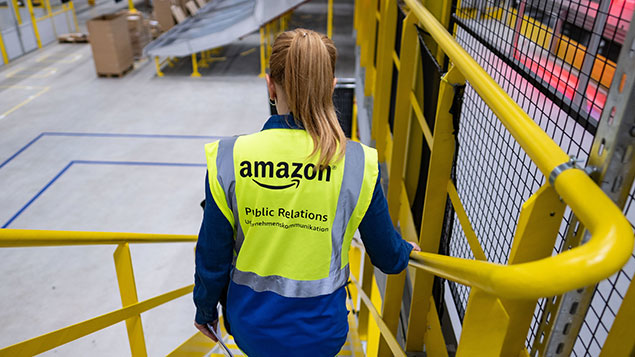 Nearly 4,000 Amazon workers in the UK received the wrong Covid-19 test results after errors by the test and trace service led to them being sent incorrect information.

According to information obtained by The Guardian newspaper, 3,853 Amazon employees received an erroneous result on 13 February 2021. Staff had tested negatively but received notifications from contact tracers to say they had tested positive and asking them to self-isolate for 10 days.

A follow up message from contact tracers was sent the same evening that confirmed a “system error” was responsible.

The company has been operating a workplace testing programme for frontline UK workers privately since October, sending the results to Public Health England. They then share them with NHS Test and Trace and equivalent bodies in Scotland, Wales and Northern Ireland.

Amazon said it had followed NHS instructions and all workers had been made aware of the error and supported to take “appropriate action steps”.

The BBC has learnt from one call centre employee, who works for a private company on behalf of test and trace, that thousands of confused Amazon employees had contacted the 119 helpline.

They told the broadcaster: “It’s not only affected their staff, but the families and households of their staff as well.

“Partners and children of Amazon staff who were added as contacts, told bosses they had to isolate and have lost income.”

It has not yet been explained how these errors occurred but the government’s test and trace operation, outsourced to Serco last year, has been criticised throughout the pandemic for its alleged lack of effectiveness.

A DHSC spokesperson said: “NHS test and trace has the capacity to process over 700,000 tests a day from more than 800 test centres and mobile units, with the vast majority of people reporting no issues with the process.

“On Saturday, some Amazon staff members who tested negative for Covid-19 received notifications from NHS test and trace to say they have tested positive and asking them to self-isolate. Working closely with Amazon, NHS test and trace rapidly notified affected employees to let them know they did not need to isolate.”