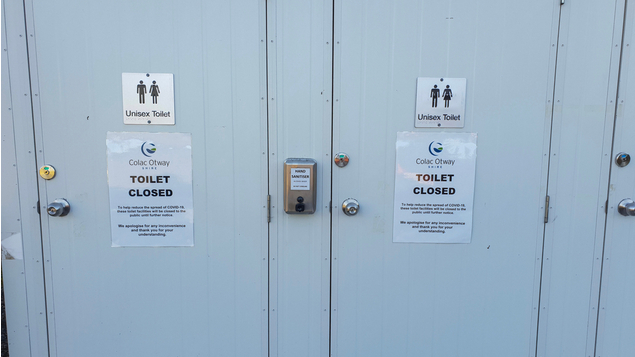 Seven in 10 professional drivers do not have adequate access to toilet and washroom facilities during the working day – a figure that is claimed to have worsened since the pandemic hit, according to a union.

Only around one in five drivers said they had access to adequate toilet and hand-washing facilities at all times while working during the first national lockdown this year, a survey by Unite found, despite commercial premises having a legal duty to provide access to toilets and washing facilities to drivers making deliveries or collections.

Regular handwashing has been vital in reducing Covid-19 infection and several drivers told the union that they had become unwell with Covid-like symptoms after being unable to wash their hands.

Others said that a lack of access to toilets has worsened longstanding conditions such as diabetes and irritable bowel syndrome, or led to illnesses such as bladder infections. Female drivers reported that a lack of toilet access during their period was particularly humiliating.

The findings of the survey of more than 6,000 of Unite’s driver members, the majority of who drive buses or lorries, were released to coincide with World Toilet Day today (19 November).

Unite assistant general secretary Diana Holland said: “It is completely unacceptable that tens of thousands of workers are being routinely denied the basic right to have access to toilets in the 21st century. This is making workers ill and during the pandemic the lack of handwashing facilities will undoubtedly have increased the spread of Covid-19.

“Employers have a clear legal duty to allow drivers to use toilets, but this is too often ignored. Companies who fail to ensure the welfare of their workers should be prosecuted for public health offences.

“It is simply not good enough that professional drivers such as bus drivers have to rely on visiting takeaways or a supermarket to go to the toilet, because companies are failing to ensure facilities are available.”

Earlier this year, Unite urged drivers who had been denied access to toilet facilities while at work to report the issue to the Health and Safety Executive.