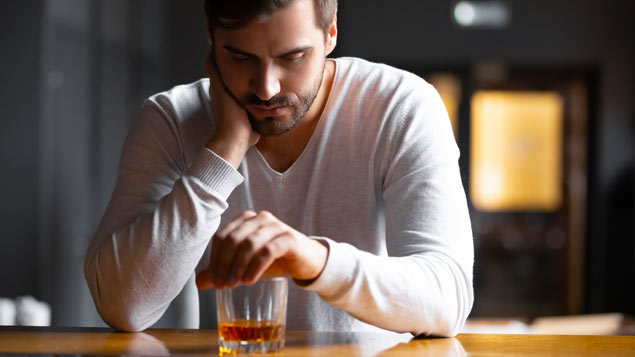 This month’s second national lockdown in England could fuel a wave of alcohol-related health problems, a charity has warned.

Alcohol education charity Drinkaware has warned in its annual ‘Monitor’ report into UK drinking behaviours that the first lockdown in the spring led to an alarming increase in drinking.

More than a quarter of adult drinkers (26%) drank more alcohol during the first lockdown. And, while many people began to reduce their drinking, one in 10 drinkers – the equivalent of 4.6 million – drank more than their normal throughout the overall pandemic period, even as restrictions eased.

As a result, it has called on the government and UK employers to urgently consider the pandemic’s effect on drinking behaviours and immediately prioritise the impact of alcohol harm.

The YouGov study of 9,046 UK adults, found that those categorised as “higher risk drinkers” – or representing nearly eight million UK adults – were most likely to have drunk more than normal (24%) throughout the lockdown period, compared with other categories of drinker.

Those who had been made redundant or are in consultancy were more likely to have drunk more than normal throughout lockdown than those who are not affected (17% compared with 10%).

Employees who were concerned about their job security were also more likely to have drunk more throughout lockdown than those not (15% compared with 11%).

Those who felt the pandemic had had a large or moderate negative impact on their mental health and wellbeing were most likely to have drunk more, too (14% compared with 8%).

Among those drinkers who smoked, more than one in five (21%) of those who smoked more compared to normally also drank more alcohol throughout lockdown, it added.

Drinkaware chief executive Elaine Hindal said: “Our Monitor shows that when people are feeling fragile – whether they’re uncertain about their futures or struggling with working at home – they could be reaching for a drink. And while some people adapt, many might not be getting to grips with the so-called ‘new normal’, continuing to drink more than they usually would.

“As a nation we must wake up to the health impact of drinking so much alcohol. The evidence clearly links drinking more to job insecurity and negative mental health. If general uncertainty lies ahead, it is crucial that we do not sleepwalk into the winter months and ignore these lockdown lessons. Otherwise, the UK could face a huge wave of alcohol-related health,” she added.