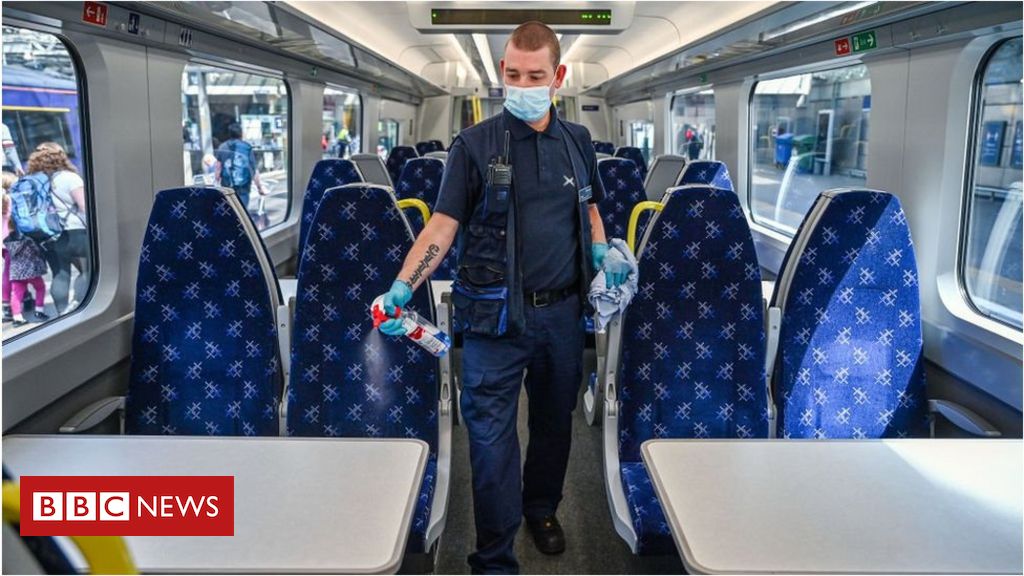 Rail fares to rise 1.6% in January after surprise inflation jump

Rail fares to rise 1.6% in January after surprise inflation jump


Railway season ticket holders and commuters will see a 1.6% rise in fares from January after a surprise jump in inflation in July.

About half of rail fares are pegged to July’s Retail Price Index, which defied economists’ forecasts and rose from 1.1% a month ago, the Office for National Statistics (ONS) said.

Passenger groups said an overhaul of the fares system was needed.

Commuter numbers have collapsed in the wake of the coronavirus lockdown.

Passenger watchdog Transport Focus chief executive Anthony Smith said a system that fits “the way we live and travel now” is needed, and not “season tickets designed for city gents in the last century”.

Robert Nisbet, of the Rail Delivery Group, which represents the train operating companies, told the BBC’s Today programme that the government is ultimately in charge of the price increases and that the industry would like broader reform of fares to make flexible travel easier.

‘Activity in the economy’

UK consumer price inflation jumped to 1% in July from 0.6% in June as lockdown measures eased further.

“Prices for private dental treatment, physiotherapy and haircuts have increased with the need for PPE contributing to costs,” the ONS said.

The ONS said the figure was boosted by rising petrol and clothing prices.

The Bank of England said earlier this month that it expects inflation to drop again soon.

“Inflation has risen, in part, due to the largest monthly pump price increase in nearly a decade, as international oil prices rose from their lows earlier this year,” said Jonathan Athow, deputy national statistician for economic statistics at the ONS.

Core inflation rose to 1.8% from 1.4%. That measure excludes energy, food, tobacco and alcohol prices, as they are considered volatile.

The rise was a surprise to economists, said Neil Birrell, chief investment officer at money manager Premier Miton. “It’s a bit early to call the return of inflation, but it does show that there is activity in the economy,” he said.

The ONS monitors the prices of a selection of goods and services commonly bought by British households. What cost £100 last year should cost £101 today.

As lockdown restrictions have eased, more goods and services that the ONS tracks have become available, it said.