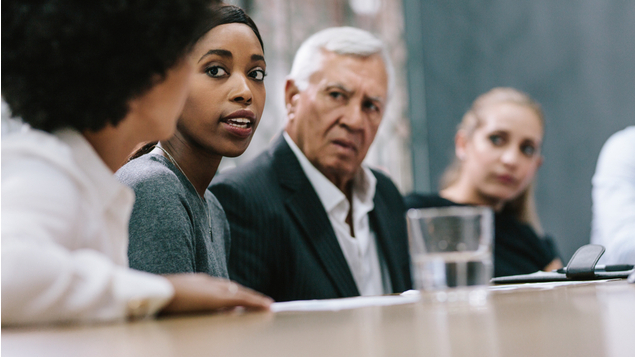 According to the latest data from the Parker Review, which set FTSE 100 firms a target of appointing one person from an ethnic minority background to their boards by the end of 2021, 74 companies had board-level ethnic minority representation as of 2 November 2020 – the official feedback cut-off date – but a further seven had appointed directors from a minority ethnic group by early March 2021, taking the total number of firms with ethnically-diverse boards to 81.

Some 124 out of the 998 board positions across the FTSE 100 companies that responded to the survey are held by 118 ethnic minority directors, compared to 95 directors in 2020. Eleven per cent sit on two or more FTSE boards.

More than a third (36%) of these ethnic minority directors identify as British citizens. Forty-six per cent are women, which is an increase of 42% compared to the previous year’s survey.

However, progress is slow in the key “functional” board roles. Only five ethnic minority directors occupy a CEO position, down from six last year, and all of whom are men. Two occupy a chair role, one man and one woman, and four men occupy a CFO role.

Sir John Parker, chairman of the Parker Review Committee, said: “Corporate Britain, in my view, is becoming more comfortable with boardroom diversity. I believe too, that the majority of FTSE board leaders want British companies to be seen, not only as the best governed in the world, but also comprising of society’s best diverse talents.

“This survey of FTSE 100 companies represents significant progress towards the target. We would hope the remaining companies in the FTSE 100, who still have time to meet the target, will ensure they follow this encouraging lead and align with the business case that underpins the review.”

Business secretary Kwasi Kwarteng said: “The progress made in the past year to increase ethnic diversity on FTSE boards is very promising, particularly given the difficult circumstances businesses have been facing.

“FTSE companies are seeing the benefits of diverse leadership teams first-hand as we build back better from the pandemic. We hope more companies harness this momentum to go further and faster to ensure our boardrooms are fully representative of British society.”

It is important to remember that FTSE 100 firms are not wholly representative of the UK’s corporate landscape, said Tracey Brady, managing director of Company Matters, part of financial services firm Link Group, who noted smaller organisations may not be as diverse.

“There are more than a thousand smaller listed companies on the main market and AIM indices, and tens of thousands of private companies. They employ far more people between them than the top FTSE 350 companies and tend to be more domestically focused, meaning they reflect UK company leadership and the lived experience of the UK workforce much more than their very large, often global, counterparts,” she said

“Our findings show that out of a total of 326 AIM UK 50 directors, 97% are white, as are 95% of those in the FTSE Small Cap 100. If such large proportions of the population are not rising to the top because of their race, gender or age, then huge pools of talent are going untapped, limiting the potential for individuals and the whole economy.”

FTSE 250 companies were not included in this latest study, but they will be surveyed towards the end of 2021 as they work towards a “One by 2024” target.