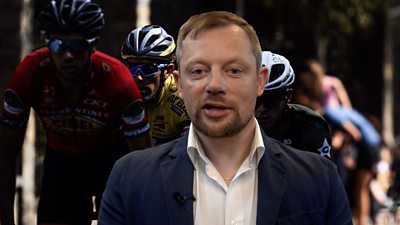 ‘My hearing loss made me a communication expert’

‘My hearing loss made me a communication expert’


Morgan Fox was a promising young professional cyclist until he had an accident that left him with total hearing loss.

He had a cochlear implant, which restored some of his hearing. He also became the director of the international cycling team Evopro Racing.

He developed a new system of communications between himself and the team, which is extremely brief and clear. It is now being adopted by the rest of the cycling world.

CEO Secrets. You can also follow the series on the BBC News app by adding the topic ‘CEO Secrets’ in My News.