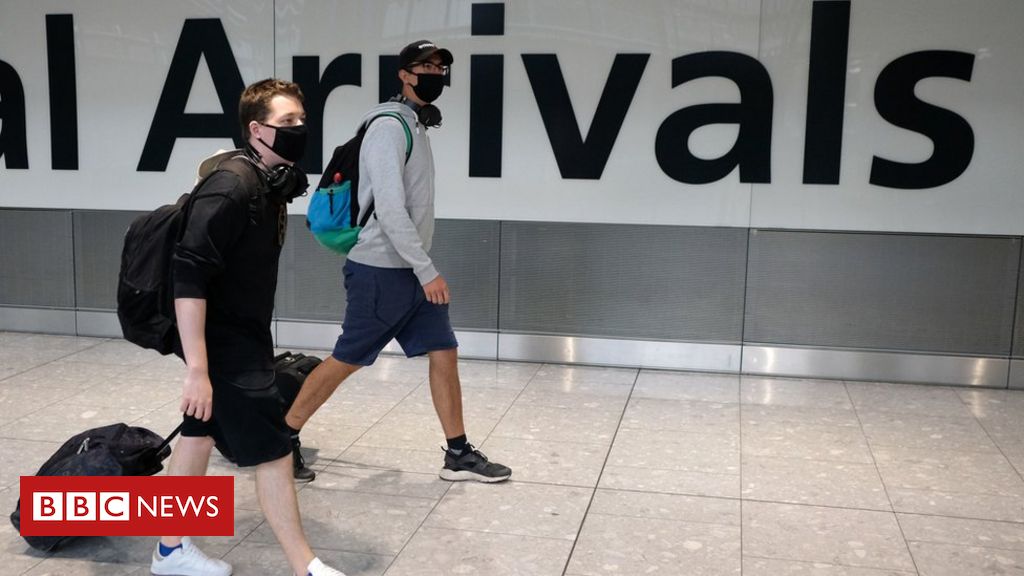 
The boss of Heathrow has called for airports to be allowed to test for coronavirus to avoid the “cliff edge” of quarantine.

John Holland-Kaye told the BBC the changes to travel guidance over Spain showed the need for an alternative.

He said he wanted the government to work with the airport.

But Culture Secretary Oliver Dowden told the BBC that because the virus could develop over time, testing was not a “silver bullet”.

Mr Holland-Kaye said the passenger would be expected to pay the cost of each test, which would be about £150 if conducted at the airport.

He acknowledged it is “not cheap”.

Speaking to the BBC’s Today programme, Mr Holland-Kaye said: “The aim would be to have a test on arrival at airport. We could have it up and running in the next two weeks, then we need to work with government to see what happens next.”

He said the plan would be for passengers to go into quarantine and have another test after eight days: “If they were infected we would be confident that it had shown itself. If it was clear, they would be allowed to go out of quarantine earlier than had been the case. It’s very scientifically based.”

Under current rules, those arriving in the UK from certain countries must self-isolate for 14 days.

The government has indicated that it is keeping all quarantine measures under review.

It is said to be considering an eight-day stretch between tests, whereas figures within the travel sector are keen for a five-day period.

The number of days required between each test is critical in reducing the possibility of “false negative” results.

A false negative result is possible if someone who has recently contracted Covid-19 is not showing symptoms.

France is about to launch a compulsory two-test regime for people arriving from 16 at-risk countries, including the United States.

Mr Holland-Kaye said the airport wanted to start up trials with Singapore and Canada.