Debt will soar: the government must just stay cool and focus on growth | Business

Debt will soar: the government must just stay cool and focus on growth | Business


Britain is on course for a £300bn increase in government debt this year as the bills for keeping much of the economy mothballed during the coronavirus outbreak continue to mount.

Money to support businesses that have closed down make up the lion’s share, and the rest can be accounted for by increased welfare costs and the loss of billions of pounds to the exchequer in taxes that will never be paid.

The total debt pile, which has already hit 83% of GDP, or more than £2 trillion, will probably reach around 115% of national income (GDP) by next year.

In the wake of the 2008 financial crisis this level of debt was associated with profligate governments that had spent well beyond their means on white elephant infrastructure projects and wasteful subsidies. These were government debt levels to be avoided rather than emulated. Italy saw its debts increase beyond 130% of GDP, and Greece suffered a sudden increase in sovereign debts to 183% of GDP.

Now, the panic is much closer to home. A Treasury memo leaked last week showed that there is concern in some quarters at the escalating costs of fighting the coronavirus.

The alarm raised by the document’s anonymous authors was that, far from being a one-off financial hit, the coronavirus pandemic will cause the economy lasting harm and the debts built up during the crisis will, at least to some extent, recur in subsequent years.

Taking this argument a step further, the authors reverted to a Treasury mindset – one dating back hundreds of years that stresses the need for prudence and repeats the calls that followed 2008 for spending cuts and tax rises to begin the process of balancing the books.

The memo argued that a public sector wage freeze could save about £6.5bn by 2023-24. The Conservative government’s “triple tax lock” promise not to raise income tax, national insurance or VAT, made before the election, would need to be ditched, along with its promise to protect the state pension.

There is another option though, one that George Osborne considered far too risky 10 years ago. That it is to live with a high level of government debt and focus on expanding the economy.

Thankfully, we have a chancellor who has suggested he would prefer enlarging the economy as the primary means of cutting the deficit.

Without hesitation, Sunak publicly rejected a return to austerity, telling parliament that the government’s “levelling-up” agenda would take priority. “Indeed I believe this can still be a critical part of how we get back to normal,” he said.

This will not be an easy task. In the short term, the government has to find a way to restart the economy without sparking a return of the disease. Then it must begin the task of identifying how public investment can support the industries that can accelerate quickly out of the crisis, and not just those that are in need of rescuing.

There will be many challenges, not least from a health and social care crisis that is likely to persist, even as both sectors attempt to get back to normal.

A levelling-up agenda that favours the regions and nations of the UK beyond London and south-east will take time, and will also need to focus on green growth so that the cuts in carbon emissions seen over the past few months are not thrown away.

One advantage the chancellor has over his predecessors is a consensus among economists of all persuasions that this time is different and the level of debt he finds himself with next year will be irrelevant.

Even the architects of post-2008 austerity agree that almost-zero borrowing costs and low inflation give the Treasury an opportunity to use the instruments of the state to drive growth while large parts of the private sector are fighting to recover. In the battle against coronavirus and its consequences, austerity must be off the table.

Kenya’s Amina Mohamed could be the leader the WTO needs

The World Trade Organization ranks alongside the International Monetary Fund, the United Nations and the World Bank as one of the pillars of the global multilateral system. Running it is one of the international community’s plum jobs. And among its toughest.

That job is now vacant because Roberto Azevêdo is stepping down early as director general – and few will blame him. Trying to achieve consensus among the WTO’s 164 members is a thankless task and even at the best of times as difficult as herding cats. These are not the best of times. The weapon of choice in the new cold war between the US and China is the tariff. Protectionist pressures abound. Donald Trump has neutered the WTO by refusing to allow the appointment of new judges to its appeals body.

The person lucky – or unlucky – enough to get the job will need a thick skin, the highest diplomatic skills and a personality that commands respect. What’s more, the successful candidate has to be from a limited group of countries.

There is no chance of Trump agreeing to the appointment of a Chinese candidate, nor would president Xi Jinping allow an American to get the gig. Neither Washington nor Beijing would agree to either of the two Europeans whose names are being mentioned: Spanish foreign minister Arancha González Laya or former EU trade commissioner Cecilia Malmström. A Latin American is ruled out because Azevêdo is Brazilian.

The view in Geneva is that it is time a woman ran the WTO, and the one to watch is Amina Mohamed, currently Kenya’s sports minister, but formerly the country’s much-respected ambassador to the WTO. If the rest of the continent gets behind her she has a chance of becoming the first African to run the WTO. She would be a good choice.

If Netflix and its peers are winners in the coronavirus disaster, it will not compensate for the wider disaster culture in general will suffer. Figures published last week showed that, since the lockdown, 4.6 million British households have signed up to streaming services such as Netflix, Amazon Prime Video or Disney+.

At the same time, one of the UK’s most prestigious theatres, the Old Vic, warned last week that it was in a “seriously perilous” financial situation owing to the pandemic.

Netflix and the Old Vic are not competitors. If a household puts £8.99 a month into the world’s most popular streaming service, that money has not been taken out of the theatre world’s pocket.

However, the cultural ecosystem that Netflix, Amazon and Disney all rely upon will be diminished if the Old Vic and countless other theatres are to disappear.

In 2018 the Old Vic staged the world premiere of Joe Penhall’s play Mood Music. Penhall, a highly successful British playwright, recently wrote Mindhunter for Netflix. In 2019 the Old Vic staged Lungs, starring Claire Foy and Matt Smith from The Crown, a major Netflix hit. In the food chain of talent and ideas, the stage plays a crucial role in nurturing writing, acting, directing and technical talent.

Just as broadcasters and cinemas are realising that a global production shutdown is going to mean empty schedules in the near future, an existential disaster for theatre will, ultimately, deal a blow to the originality and excellence that is a major part of the appeal of streaming services, as well as the supply of talent into the worlds of TV and film.

So the Old Vic last week became another thread pulled by the disease, which could unravel all the way to the apogee of modern broadcasting.

Cultural loss can be difficult to quantify – the album that was never recorded, the online magazine that was never launched, the exhibition that never opened – but the threat to one of the arts’ cornerstones is real: and it is immeasurable. 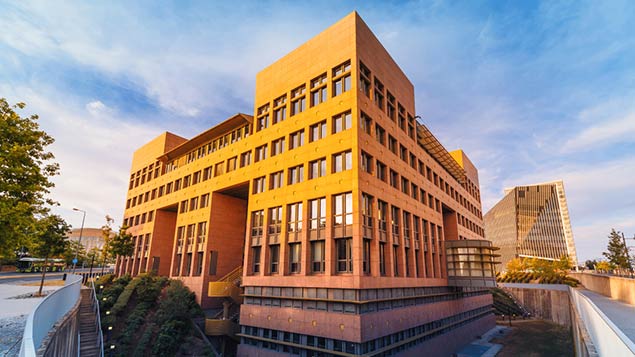