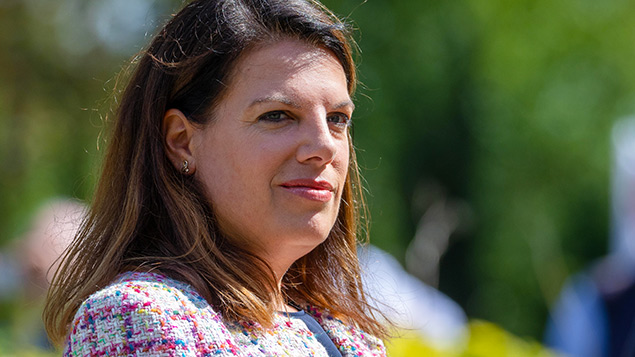 Government policies launched in response to the Covid-19 pandemic have overlooked well-understood labour market and caring inequalities faced by women.

That’s according to a report from MPs on the Women and Equalities Committee which analysed the economic impact coronavirus has had on women.

The cross-party group of MPs concluded that the Coronavirus Job Retention Scheme (CJRS) and the Self-Employment Income Support Scheme (SEISS) should have been informed by equality impact assessments, drawing on evidence of existing inequalities.

The report said: “We are concerned that the Government Equalities Office (GEO) did not anticipate how inequalities were likely to be exacerbated by the pandemic and ensure that it influenced the policy response, including in relation to employment, welfare, childcare and pregnancy and maternity. We have seen little evidence that the government has conducted any robust or meaningful analysis of the gendered impact of its economic policies during the coronavirus crisis.”

They said the government should conduct and publish equality impact assessments of the two schemes alongside its formal response to today’s report, in order to better protect those already at disadvantage in the labour market, including women.

Committee chair Caroline Nokes said: “As the pandemic struck, the Government had to act quickly to protect jobs and adapt welfare benefits. These have provided a vital safety net for millions of people. But it overlooked the labour market and caring inequalities faced by women. These are not a mystery, they are specific and well understood. And yet the Government has repeatedly failed to consider them.

“This passive approach to gender equality is not enough. And for many women it has made existing equality problems worse: in the support to self-employed people, to pregnant women and new mothers, to the professional childcare sector, and for women claiming benefits. And it risks doing the same in its plans for economic recovery.”

The committee heard evidence from a wide range of organisations, including Maternity Action, the National Hair and Beauty Federation, the TUC, the Professional Association of Childcare and Early Years, the single parents campaign group Gingerbread, the Young Women’s Trust and the Women’s Budget Group.

Nokes said the message from the evidence it heard was clear: “Government policies have repeatedly skewed towards men – and it keeps happening”.

“We need to see more than good intentions and hoping for the best,” said the Conservative MP for Romsey and Southampton North. “The government must start actively analysing and assessing the equality impact of every policy, or it risks turning the clock back. Our report sets out a package of 20 recommendations for change, and a timescale. Taken together, these will go a long way towards tackling the problems and creating the more equal future that so many women – and men – want to see.”

Recommendations for the government include:

A government spokesperson said: “Throughout the pandemic this government has done whatever it takes to protect lives and livelihoods, and will continue to do so. We are safeguarding people’s jobs and incomes with economic schemes worth over £200 billion, including the Self Employment Income Scheme for the 1.7 million self-employed women in the UK.

“Covid-19 is prompting a culture shift with more people than ever before working flexibly, and the government wants to harness that as we recover. By doing so, we could see more equal sharing of care work by parents, and more flexibility from employers, enabling us to unleash the potential of everyone across the country.”