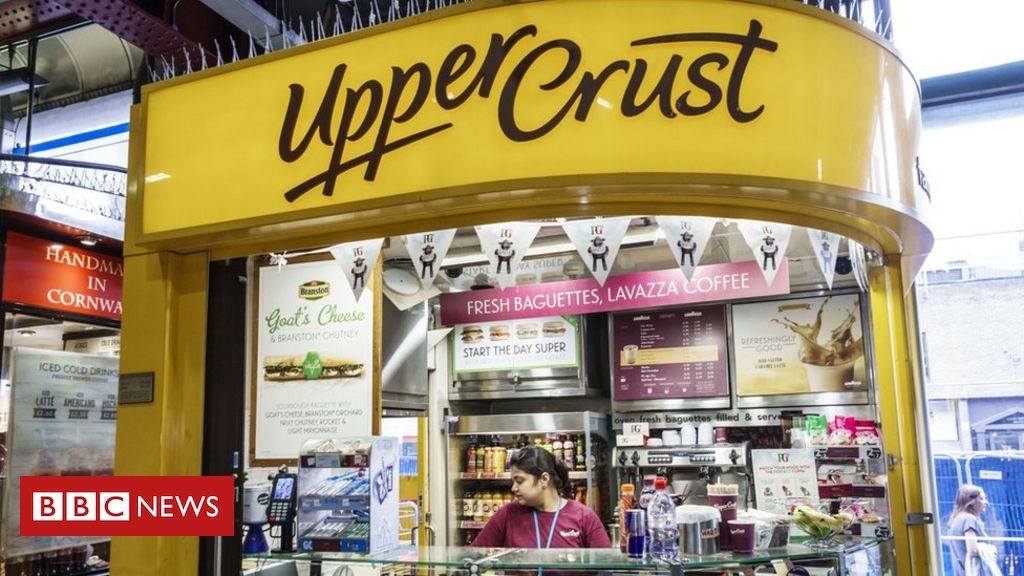 
Upper Crust owner SSP Group says up to 5,000 jobs could be cut across its UK outlets and head office, as it struggles with the reduction in passenger travel.

The firm said global sales in April and May were 95% below the previous year’s.

SSP has 580 outlets across the UK, mostly at railway stations and airports, but fewer than 10 are currently open.

The company expects only one-fifth of its UK stores to be open by the autumn.

It joins a growing list of companies slashing jobs as the UK economy suffers its worst contraction in 41 years.

“Covid-19 continues to have an unprecedented impact on the travel industry and on SSP’s businesses in all geographies,” said SSP Group chief executive Simon Smith.

“We are beginning to see early signs of recovery in some parts of the world and are starting to open units as passenger demand picks up. However, in the UK the pace of the recovery continues to be slow,” he said.

While SSP operates across more than 30 countries, including the US, India and China, the job cuts are only being made at its UK business.

SSP’s UK staff have been enrolled on the government-paid furlough scheme throughout the coronavirus crisis.

The company said it had planned to reopen UK outlets as passenger demand returned, adding: “The reality is that passenger numbers still remain at very low levels.”

Mr Smith said the firm would swiftly reopen UK units if there were improved sales over the summer.

In a statement, the company said it had access to around £750m in liquidity and it was confident it had sufficient funds to allow it to operate “throughout even its most pessimistic scenario”.

SSP employs around 39,000 staff worldwide across 2,800 outlets. Last month, it said it had suffered “extremely low sales” after the coronavirus pandemic forced it to shut some branches.

As well as Upper Crust bakeries, SSP owns a number of brands including deli operator Camden Food Co. and luxury bar chain Cabin, which has outlets in airports and train stations.