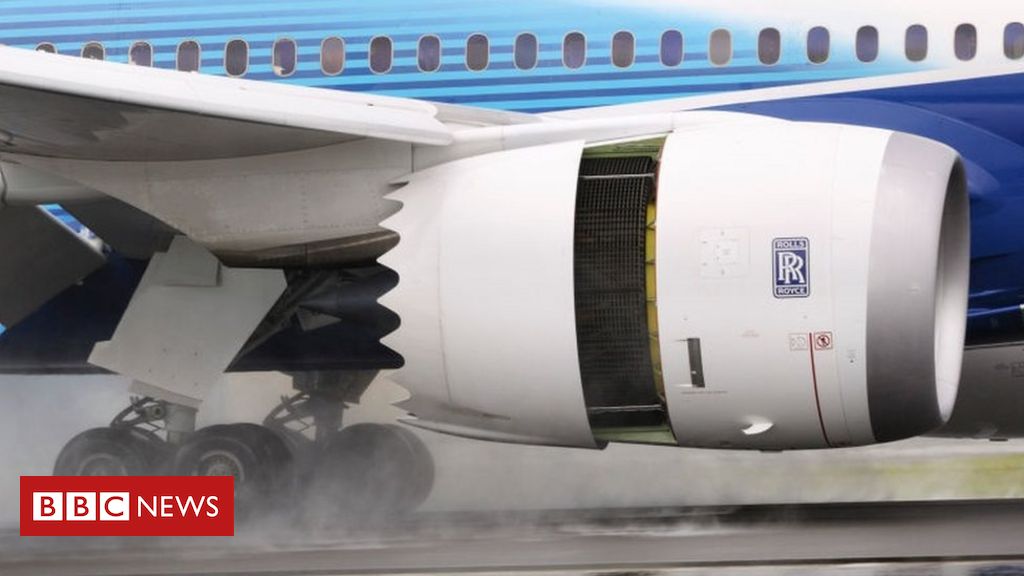 The firm reported a pre-tax loss of £5.4bn for the first half of this year.

Rolls-Royce is in the middle of the biggest restructuring of its business in its history.

On Wednesday, it confirmed plans to close factories in Nottinghamshire and Lancashire, as part of plans to cut 3,000 jobs across the UK.

The move is part of a previously announced cost-cutting exercise that will see the company slash its global workforce by a fifth, following the drastic fall in air travel because of the coronavirus outbreak.

Rolls-Royce employs 50,000 people around the world, about half of them in the UK.

Chief executive Warren East told the BBC that so far this year, 4,500 people worldwide had left the company.

He said Rolls-Royce had originally expected to deliver up to 500 jet engines this year, but would now manage only half that.

Mr East added that he did not expect demand to recover to late 2019 levels until 2025.

Rolls-Royce said it intended to sell its Spanish unit ITP Aero and other assets to raise at least £2bn.

It added that chief financial officer Stephen Daintith had resigned to take up another opportunity, but would remain in his role to support an orderly transition.