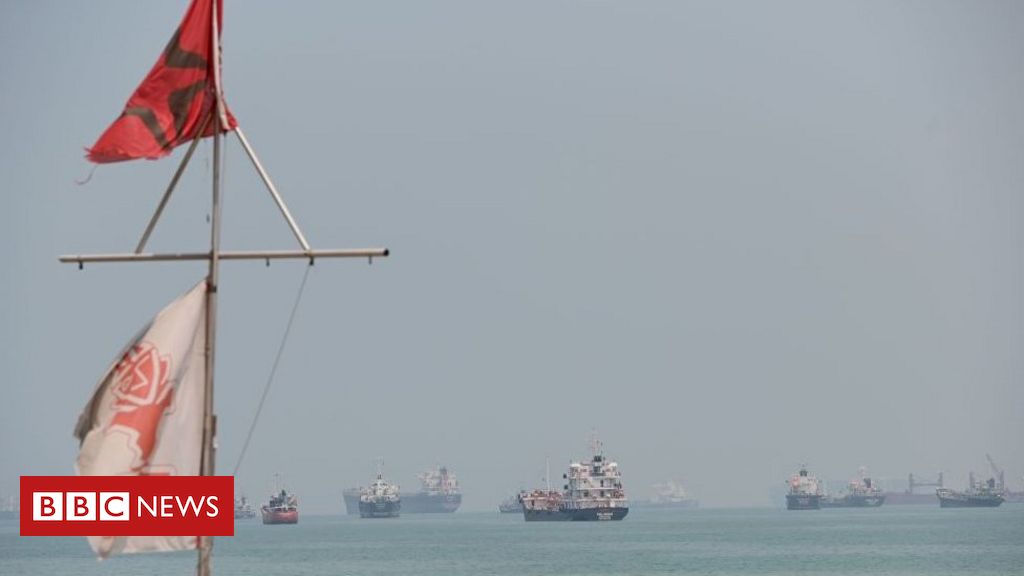 
Piracy incidents have doubled across Asia causing “deep concern”, according to a new report.

There were 50 incidents in the region in the first half of the year, compared to 25 in the same period of 2019.

The Singapore Strait, one of the world’s busiest commercial shipping routes, has seen 16 incidents since between January and June.

The rise in piracy has been attributed to the coronavirus downturn.

The half-yearly report was published by the Regional Cooperation Agreement on Combating Piracy and Armed Robbery against Ships in Asia (ReCAAP).

It said there had also been an increase in attacks in Bangladesh, India, Indonesia, the Philippines, Vietnam and the South China Sea.

Incidents are classified as piracy if they happen outside the jurisdiction of any state. Everything else is considered armed robbery.

“‘Small’ crimes, if not addressed, can embolden criminals to commit more serious acts,” he said.

Much of piracy and armed robbery in Asia is opportunistic, according to Brandon Prins, a scholar of sea piracy at the University of Tennessee-Knoxville.

“(Sometimes) the pirates are local fishermen who see piracy as a way to supplement their incomes,” he said. “In other parts of Asia, many are jobless young men who have travelled to Batam [in Indonesia] or other places looking for work.

“Opportunistic piracy is just like armed robbery on shore – if you see something worth taking you might give it a shot.

“We see incidents where three to eight people approach in a small boat and climb onto the bigger ship – usually with knives or other weapons to steal something then get off quickly.”

Popular items to steal include scrap metal, engine parts, communication equipment from the ship’s bridge and personal belongings from the crew to resell on the black market.

Fears for the future

“My fear has always been that Covid-19 would reduce global trade which lowers growth, increases poverty and joblessness (and then) leads to more sea piracy,” he added.

“There is certainly concern that with trade going down there will be fewer sailors on board ships (and therefore) fewer crew monitoring for potential pirates or armed robbers.”

Although rare in Asia, abductions do happen. The ReCAAP report details an incident off the coast of Lahad Datu, Malaysia, in January.

Five crew members who were abducted from a fishing trawler are still being held in captivity.

Globally, there has been a rise in violent attacks.

A total of 77 seafarers were taken hostage or kidnapped for ransom since January, according to the International Maritime Bureau (IMB).

It singles out The Gulf of Guinea off West Africa as accounting for just over 90% of maritime kidnappings worldwide.