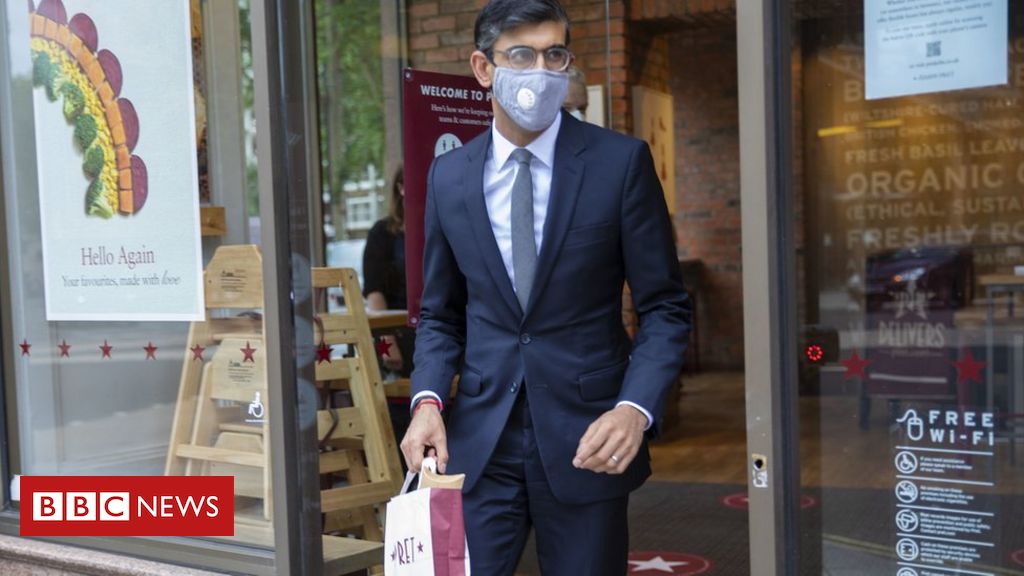 
Confusion over where people will have to wear face coverings must be cleared up, opposition MPs have said.

They will be compulsory in shops in England from Friday – but full guidance is yet to be published.

The government has been accused of mixed messages over whether they must be worn in takeaways.

Minister Brandon Lewis said face coverings would be mandatory when purchasing takeaway food and drink, but not if you are eating at the premises.

“If you are going into a takeaway and you are eating in somewhere that’s got a takeaway, then that is like hospitality. You are eating – it’s not practical to wear a face mask, we recognise that,” the Northern Ireland Secretary said.

“But if you are going in to buy a product and leaving again, then you are treating it like a shop and you should be wearing a face mask.”

Face coverings have been compulsory in shops in Scotland since 10 July. Shoppers are not currently required to wear them in Wales or Northern Ireland, although this is being considered.

Health Secretary Matt Hancock announced on 14 July that wearing a face covering in shops and supermarkets would be compulsory from Friday, 24 July, with anyone failing to comply facing a fine of up to £100.

Children under 11 and those with certain disabilities and conditions will be exempt, while ministers have also said the rules won’t apply to shop workers.

However, the new regulations will only be published on Thursday, less than 24 hours before they come into effect.

The Lib Dems accused ministers of “making things up as they go along”.

The criticism came after Mr Hancock and Boris Johnson’s official spokesman contradicted each other over the rules on takeaways and sandwich shops.

The health secretary said last week: “You do need to wear a face mask in Pret because Pret is a shop. If there’s table service, it is not necessary to have a mask. But in any shop, you do need a mask. So, if you’re going up to the counter in Pret to buy takeaway that is a shop.”

But the prime minister’s spokesman later said: “We will be publishing the full guidance shortly but my understanding is that it wouldn’t be mandatory if you went in, for example, to a sandwich shop in order to get a takeaway to wear a face covering.”

“Clear communication is critical in a public health crisis. Instead, this confusion on guidance shows ministers simply could not organise a bun fight in a bakery,” she told the PA news agency.

“All this stinks of ministers making it up as they go along instead of listening to the experts.”

Earlier this week, Policing Minister Kit Malthouse said there was no intention for police to patrol shops to enforce the wearing of face coverings, although they could be called if customers refused to leave the premises or there was an altercation.

Met Police Commissioner Dame Cressida Dick said police in London would only enforce the rules “as a last resort” but police would attend if customers not wearing a mask refuse to leave or become “aggressive”.

Face coverings are already compulsory on public transport in England and Scotland, as well as most buses, trains and ferries in Northern Ireland.

They will be mandatory on public transport in Wales from 27 July.