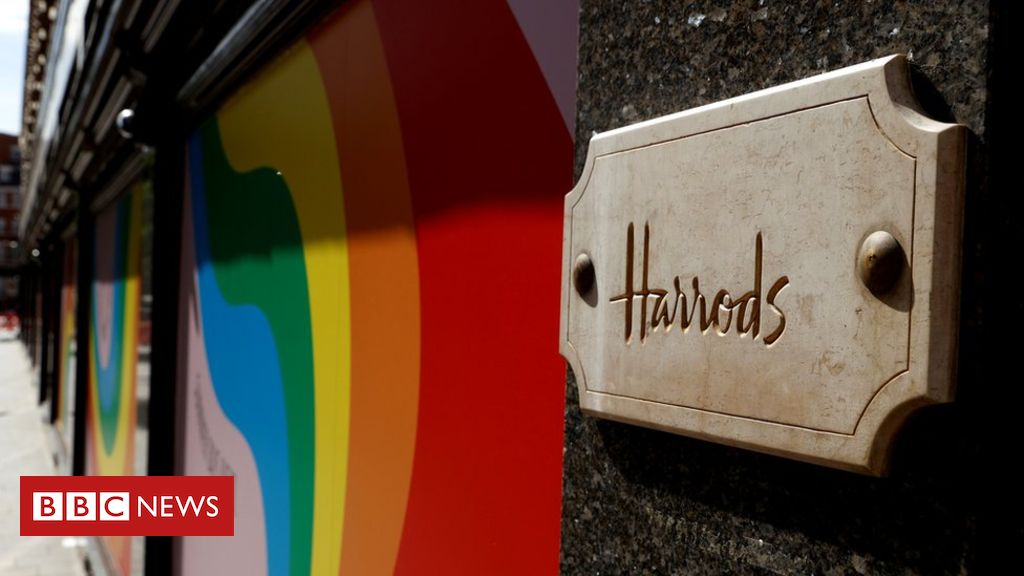 
Harrods, the upmarket department store, is opening a second outlet in a nearby shopping mall to stop congestion when trading resumes.

“Harrods Outlet allows us to enable better social-distancing across a larger footprint,” it said

Harrods closed its doors in March but plans to re-open on 15 June.

The company said it will put “significant social-distancing measures in place” at its department store in London’s Knightsbridge.

It will use footfall monitoring technology to limit capacity with specific doors designated for entering and leaving the shop.

But Harrods said the Grade II listed building – built in the 1880s – offered limited flexibility in the light of the crowds expected at its annual summer sale in July.

It has therefore developed the new Harrods Outlet concept and will move the majority of the sale items there.

Harrods’ managing director Michael Ward, said: “In the new world in which we find ourselves, the economy needs businesses willing to look at its business model and current operations and think differently to enable growth, while protecting its customers and employees.”

The concept store – which will only be open temporarily – will sell stock left over from the “existing season”, Harrods said.

“With social-distancing in place Harrods won’t be able to get enough footfall in its Knightbridge store to clear the overhang of stock they have built up during lockdown.”

The 80,000 sq ft two-storey space will give the retailer the opportunity to start with a blank canvas and retro-fit the store with appropriate social-distancing measures, he pointed out.

“The economics of running a store have changed but the move shows that there are obviously opportunities for retailers to drive a hard bargain with landlords, even for a short-term let,” he said.

Earlier this year Harrods announced plans to take its core business out of Knightsbridge for the first time, although it has agreed licences for shops at airport terminals and cruise liners in the past.

It is launching an H Beauty concept in Lakeside later this year as well as extending its Harrods personal shopping experience in Shanghai at ‘The Residence’.

In other retail news, sandwich and coffee chain Pret A Manger will re-open more than 200 sites for takeaway and delivery from Monday.

It will mean the chain will have re-opened more than 300 stores since lockdown started, although they will offer a limited menu for the moment.

Shops will reopen for the first time in towns and cities such as Bath, Bournemouth, Newcastle, Exeter and Liverpool.