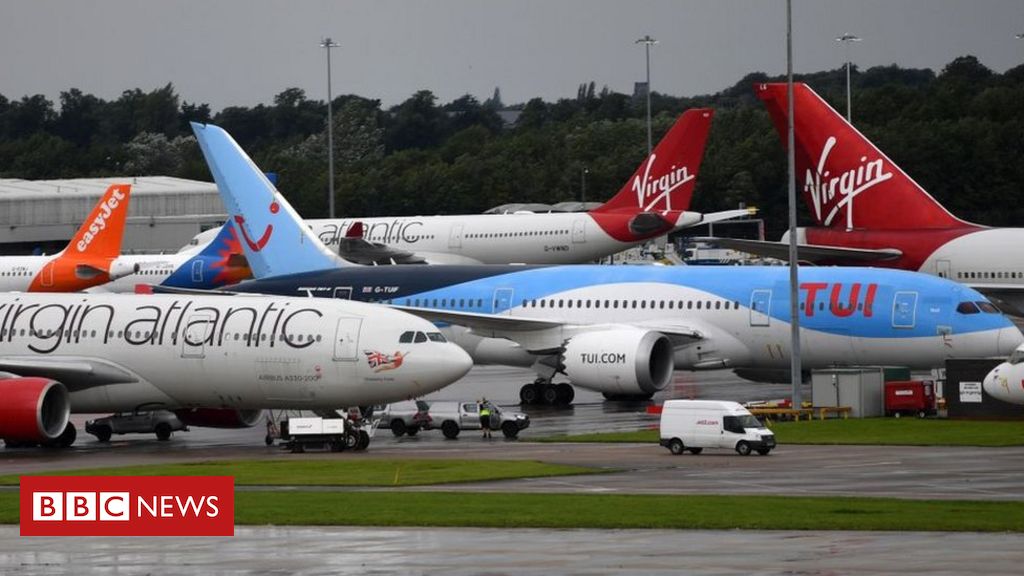 
Airlines are still taking too long to refund passengers whose holidays have been cancelled due to the coronavirus crisis, consumer group Which? has said.

Last month, the airline regulator said it was “not satisfied” that Virgin Atlantic, Ryanair or Tui were processing refunds quickly enough.

And now Which? claims that, despite the intervention from the Civil Aviation Authority, refunds are still too slow.

It says the airlines are “falling short” of promises made to the CAA.

In a report, the regulator said Ryanair was taking 10 weeks or even longer to process refunds and asked the airline to reduce that time.

But Which? says that, despite promises, the airline is still taking months to process some refunds.

Pupil support worker Kirsty Ness from Edinburgh was due to fly to Gdansk in Poland with her boyfriend in early April, just after schools broke up for Easter in Scotland.

But Ryanair cancelled their flight because of the pandemic. Despite asking for a cash refund, Ms Ness says she was initially sent a voucher to rebook.

After five phone calls and dozens of emails, Ms Ness says she finally received her money this week.

Ryanair said it had issued more than £670m in refunds and had cleared over 90% of its claims backlog.

Virgin Atlantic, meanwhile, made customers wait up to 120 days for a refund, the CAA said in its July report. It was the only airline threatened with action by the regulator, which reviewed the refund waiting times of 18 major airlines.

Tui said it now it now issues refunds automatically and normally processed cash refunds within two weeks. Virgin said it was “very sorry” that a “small number” of customers had to wait more than 120 days for a refund.

“Time after time, Which? has exposed airlines breaking the law on refunds for cancelled flights due to the pandemic and treating their passengers unfairly, and we’re concerned that they now feel empowered to do as they please without fear of punishment,” said Rory Boland, Editor of Which? Travel.

“Passengers must be able to rely on a regulator that has effective powers to protect their rights – especially at a time of unprecedented turmoil,” he said.

Which? has called for the CAA to be given new powers to take action against airlines that are slow to refund passengers.

“The government needs to step up and ensure the CAA has the tools it needs to hold airlines to account, or risk consumer trust in the travel industry being damaged beyond repair,” Mr Boland said.

In a statement, a CAA spokesman said: “While our initial review has concluded, we have been clear that we will continue to monitor performance closely and should any airline fall short of the commitments they have made to us, we will take further action as required.”

The report from Which? comes as rail companies have called on the government to tax some flights more heavily.

The Rail Delivery Group, which represents rail operators, says train companies should pay less tax on the electricity they use to power trains to encourage greener travel.

The cost, they say, could be covered by airlines paying more tax on flights, possibly on routes which could be made by rail instead.

But the demand has not gone down well with airlines, which say that the railways are heavily subsidised by the government.