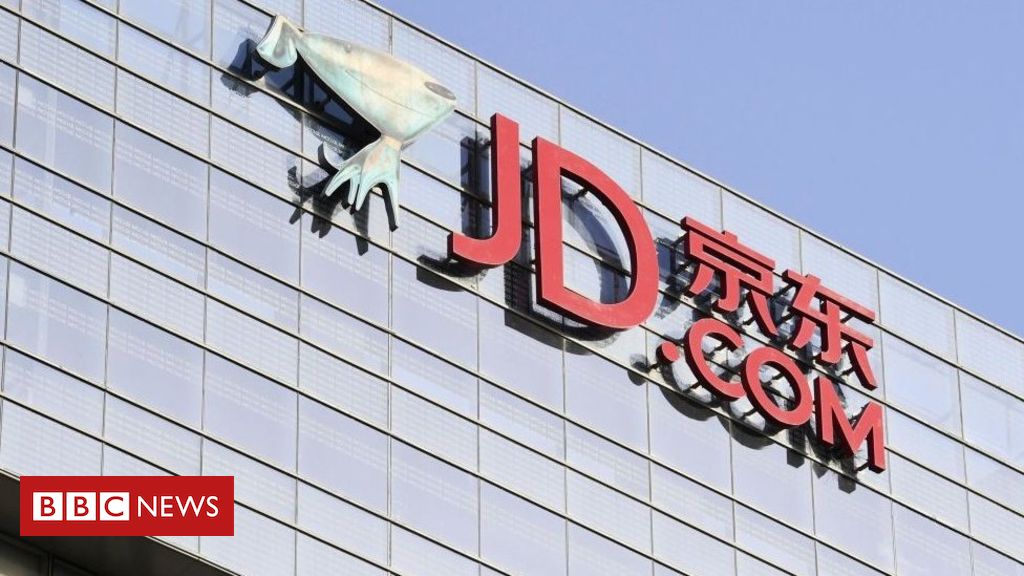 Its shares jumped by more than 5% after listing, marking the second-largest share sale this year.

The move comes as pressure grows in the US on Chinese companies amid escalating tensions between the two economies.

Several other firms that are based in China are now preparing similar listings in Hong Kong.

Last week, shares in NetEase, which is China’s largest gaming firm, made a solid stock market debut in the city as it raised $2.7bn.

In an interview with Asia Business Report on Thursday, Ling Chenkai, Vice-President of JD Retail said the listing was “a big thing for JD” as it can help promote the brand in the Greater China area. “It also can help those Chinese investors and Asian investors to understand JD better and more clearer which can help us to gain trust from those investors and customers.”

The listing of JD.com is the second biggest of 2020, after the Beijing-Shanghai High Speed Railway raised $4.3bn in January, according to Bloomberg data.

Last November, Alibaba, which is listed on the New York Stock exchange, became the first of the US-traded Chinese companies to debut in Hong Kong with its $13bn secondary listing.

“This occurrence underlines once again how the political landscape of the world is rapidly evolving, with the globalisation phenomenon we have been witnessing until a few years back quickly collapsing and an increasing number of barriers being established for international business dealings across the globe, resulting in a substantial increase in protectionism.”

The listings are taking place as tensions rise between the US and China over their long-running trade dispute and the handling of the coronavirus outbreak.

The financial dealings of US-listed Chinese companies are also coming under increasingly intense scrutiny in the wake of the Luckin Coffee accounting scandal.

In April the once-high flying firm revealed that it had uncovered $310m (£250m) in fake transactions.

Luckin’s Nasdaq listing had been one of China’s few successful US stock market debuts of 2019.

Since details of the scandal emerged the Nasdaq has moved to tighten its listing regulations.

The US Senate has also passed a bill that could block some Chinese companies from selling shares on American stock exchanges.

The renewed interest from Chinese companies in Hong Kong’s stock market comes as concerns grow that Beijing’s imposition of a national security law in the city will make it less attractive to businesses.

Mr Bondurri predicts that all of this means there will be even more US-listed Chinese companies that now decide to sell shares in Hong Kong.

“We expect an increasing number of other Chinese companies, both large and small, to follow in JD’s and Alibaba’s footsteps.”

“This will help diversify the risk for such entities and ensure that, should US-China negotiations take a turn for the worse, they will not be shut out from markets as they would already have alternative arrangements in place to access capital markets,” he said.