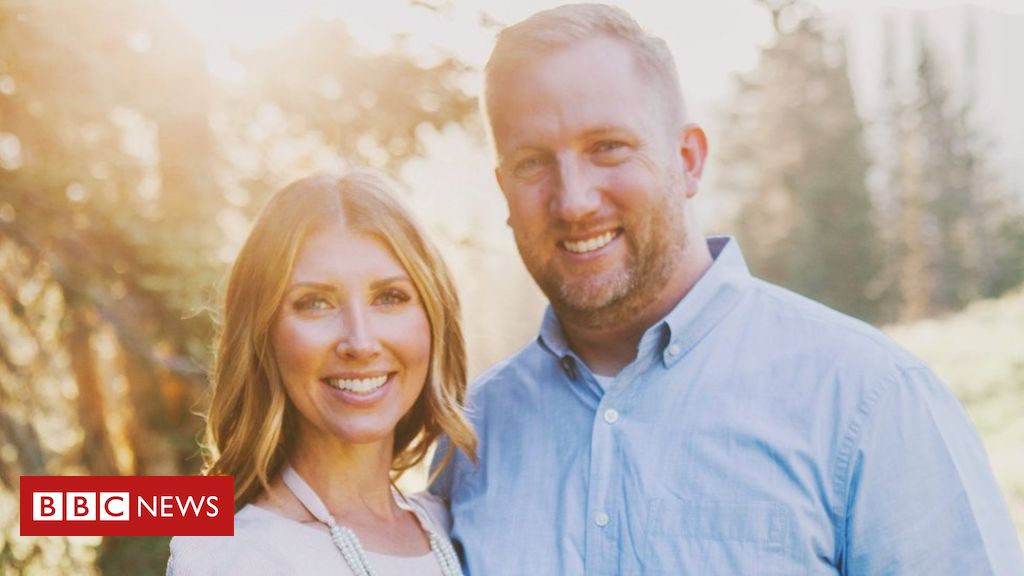 
When Natalie Monson started her food blog 11 years ago, she didn’t expect to end up embroiled in a fight with the world’s most valuable company.

But the US small business owner is now battling Apple for the right to use a pear in the logo on her recipe app.

In a patent filing, Apple said the image was too similar to its own logo and would hurt its brand.

Ms Monson says the tech giant is simply “bullying” and she feels a “moral obligation” to fight back.

More than 43,000 people have already signed the petition she and her husband Russ, owners of the Super Healthy Kids website, created last week to try to pressure the company to back down.

“This is a real world example of a small business being destroyed by a giant monopoly because they don’t have accountability,” Mr Monson told the BBC. “That was so frustrating to us that we thought we had to do something. We can’t just be the next victim on the list.”

Apple did not respond to a request for comment.

In its filing with the US patent office, the firm says the Monsons’ pear logo “consists of a minimalistic fruit design with a right-angled leaf, which readily calls to mind Apple’s famous Apple Logo and creates a similar commercial impression, as shown in the following side-by-side comparison”.

It asks regulators to reject the Monsons’ trademark application, which the couple first filed in 2017 on behalf of their recipe and meal planning app, Prepear.

Ms Monson said the comparison took them by surprise. The shape of the pear and leaf, which they worked on with a designer, was supposed to allude to the letter “P” in the app’s name, she said.

“We had no intention or any awareness that it was copying any logo at all,” she said. “We thought it was very unique and designed it to be so.”

“First we were very surprised and then I would say our second reaction was definitely scared,” she added. “Like, ‘ok where do we go from here? What does this mean?'”

‘You wonder if it’s a joke’

When the Utah-based couple started planning Prepear five years ago, they envisioned the app as a platform where food bloggers could upload recipes, which subscribers could access to plan meals shopping lists.

They now have about 21,000 monthly active users, including 3,000 customers who pay the annual $59 fee, according to Mr Monson, an accountant by training. The app, along with the Super Health Kids site, supports five staff, including the couple.

Mr Monson said he initially thought it was a misunderstanding and the two sides would be able to resolve the dispute amicably. The logo has been approved in other countries, including the UK, without dispute and American patent officials hadn’t found a problem, he noted.

As a final step before approval, the patent office published their application in late 2019 drawing Apple’s objection.

“It just seems so ridiculous on its face,” he said. “You wonder if it’s a joke.”

Last week, as it became clear that it was not, the couple spoke out on social media, drawing attention to other instances of Apple’s trademark objections and noting that concerns about legal costs had prompted them to let go one of their employees.

Dear Instagram Friends- I NEED YOUR HELP! I know there are a lot of heavy things going on in the world right now, and this is nothing in comparison, but I need your help in a situation that is affecting me, my family, and my coworkers. Please help! Many of you know that I started a business called Prepear almost 5 years ago. It is an app that you can store all your recipes in one place, plan your meals, make grocery lists, and get your groceries delivered all in one place. Recently @apple yes, The trillion dollar Apple, has decided to oppose and go after our small business’ trademark saying our pear logo is too close to their apple logo and supposedly hurts their brand? This is a big blow to us at Prepear. To fight this it will cost tens of thousands of dollars. The CRAZY thing is that Apple has done this to dozens of other other small business fruit logo companies, and many have chosen to abandon their logo, or close doors. While the rest of the world is going out of their way to help small businesses during this pandemic, Apple has chosen to go after our small business. I’m not trying to get anyone to stop using or buying Apple products. I feel a moral obligation to take a stand against Apple’s aggressive legal action against small businesses and fight for the right to keep our logo. We are defending ourselves against Apple not only to keep our logo, but to send a message to big tech companies that bullying small businesses has consequences. HOW YOU CAN HELP: 1 Sign the petition (link in my bio or in my stories) 2 Share that same link on Facebook, Instagram, Twitter, etc. http://chng.it/QPd2mRYW #savethepearfromapple

Their story was picked up by iPhone in Canada and has since spread, drawing fresh attention to debates about whether tech giants are abusing their powers.

“We’re honestly overwhelmed by how supportive people have been,” Mr Monson said. “It’s incredible to see how many people share the same frustration that made us decide to take this public.”

Some of the people reaching out have offered legal and design help, so Mr Monson said he has no plans to back down in the fight anytime soon.