Brexit: Which EU employment rules could be up for review? 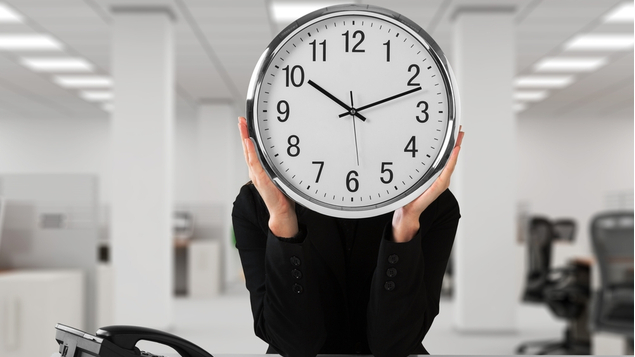 Could the UK’s adherance to the EU Working Time Directive be reviewed in future? Shutterstock

Although the government insists it will not row back on workers’ rights now that the UK has left the European Union, and has recently shelved a plan to review rules derived from EU law, which rules could it change in theory? Patrick Glencross takes a look.

Much alarm was raised last month after reports emerged that the government was considering repealing certain rights derived from the Working Time Directive, including the 48-hour working week, the inclusion of overtime in holiday pay and the requirement for employers to record workers’ hours.

The business secretary Kwasi Kwarteng confirmed to MPs that the government would be assessing retained EU employment law, and was carrying out a consultation with business leaders on EU employment rules including the Working Time Directive. However, he insisted there would be no watering down of workers’ rights.

He proceeded to give these assurances during the Opposition Day debate on EU-derived employment rights on 25 January: “There is no government plan to reduce workers’ rights….We will not row back on the 48-hour weekly working limit derived from the Working Time Directive. We will not reduce the UK annual leave entitlement, which is already much more generous than the EU minimum standard. We will not row back on legal rights to breaks at work.”

Then, on 27 January, Kwarteng announced in a television interview that the review was no longer happening.

While immediate plans to review these employment rights may have been shelved, it is possible that the government will reopen this review in future – particularly when it introduces the Employment Bill which was originally promised in the Queen’s Speech in December 2019, but was delayed due to the Covid-19 pandemic.

What are the legal constraints on any weakening of rights under the Working Time Regulations (WTR), and which of these rights are most likely to be under threat?

What does the trade agreement say?

The level-playing field provisions in the Trade and Co-operation Agreement between the UK and the EU in principle would restrict the UK’s ability to weaken employment rights which are based on EU legislation. The relevant non-regression clause prohibits both the UK and the EU from weakening or reducing their labour and social levels of protection “in a manner affecting trade and investment” between them. This phrase is likely to mean a measure producing some competitive advantage, which would be difficult to establish let alone enforce.

The 48-hour working week is often identified as the prime candidate for repeal, although many employers are content with keeping this limit with the existing opt-out mechanism. Government research in 2014 found that internationally there was a long-term downward trend in hours worked, and the WTR had an additional impact in reducing levels of long-hour work in the UK. The latest ONS estimate is that less than 10% of full-time employees work more than 48 hours a week.

Various studies have argued that, given the permissiveness of the individual opt-out, the 48-hour limit has not placed any significant constraint on employers. It is a different issue whether opt-outs are genuinely voluntary rather than conditions of the individual’s employment.

The requirement to keep “adequate” records of working time underpin the obligations relating to daily and weekly rest periods as well as the 48-hour limit, and overlaps with duties to keep records showing compliance with the national minimum wage, so there seems little prospect of this requirement being repealed.

The most likely candidate for review and repeal is the calculation of holiday pay and in particular the inclusion of overtime pay, following the series of cases in which the European Court held that a worker’s holiday pay should be based on their “normal remuneration”. The UK courts have applied these EU decisions so that statutory holiday pay must always be calculated to reflect a worker’s normal remuneration, including payments such as overtime, commission and bonuses.

The most likely candidate for review and repeal is the calculation of holiday pay and in particular the inclusion of overtime pay.”

The most recent case of East of England Ambulance Service NHS Trust v Flowers extended this to voluntary overtime, where overtime is sufficiently regular and paid over a sufficient period. An appeal in this case will be heard by the Supreme Court in June 2021.

While these principles only apply to the core entitlement of four weeks’ leave under the Working Time Directive, in practice most employers apply them to the 1.6 weeks of additional leave under the WTR.

It is notable that the calculation of holiday pay was not mentioned in the business secretary’s assurances, and so there is concern that these rules will be under threat when the government introduces its Employment Bill.

As announced in 2019, the Bill will enhance workers’ rights, support flexible working, extend unpaid carers’ entitlement to leave and ensure hospitality workers keep their tips in full. The stated purposes of the Bill include to “protect and enhance workers’ rights as the UK leaves the EU, making Britain the best place in the world to work” as well as to “promote fairness in the workplace” (whatever this is intended to mean) and “striking the right balance between the flexibility that the economy needs and the security that that workers deserve”.

Depending on what the Bill proposes, we will have to see whether the “protect and enhance” slogan will be countered by a “protest and survive” campaign – similar to that seen in the 1980s – from trade unions, business groups and opposing parties.