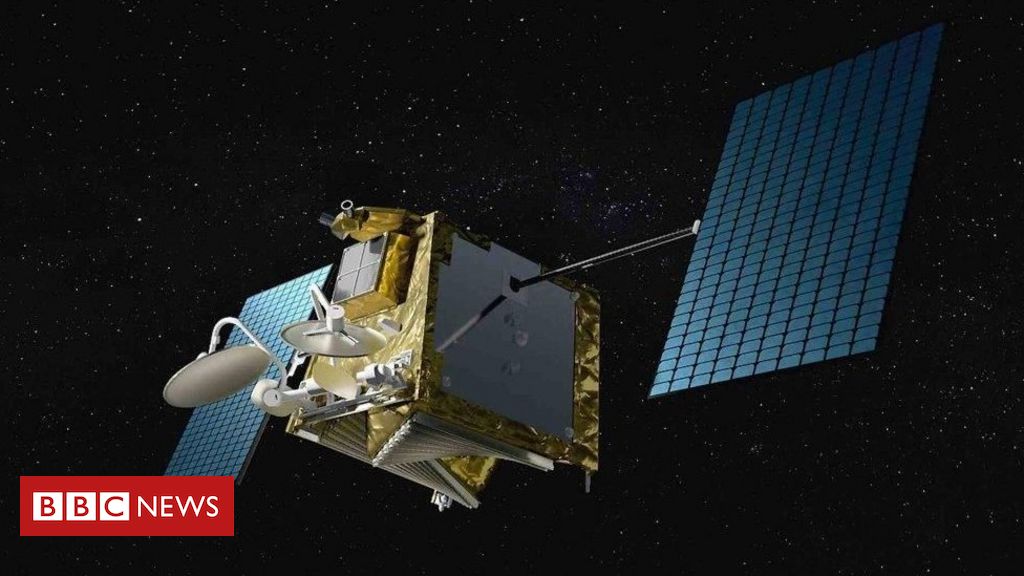 
The UK government looks set to put money behind a rescue package for the ailing satellite company OneWeb.

The London start-up had been trying to build a network of spacecraft to deliver broadband connections but was forced to seek bankruptcy protection in March because of insufficient funds.

It’s understood Boris Johnson’s government could now put about £500m into the project, in part because it believes OneWeb can also provide a satellite navigation service.

This has become an important issue since the UK lost its membership of the European Galileo sat-nav system after exiting the EU.

The OneWeb service would be backup for the US-based Global Positioning System (GPS) in case it is attacked or fails.

If GPS were to go down motorists, businesses and the military would be left without a precise navigation signal.

The prime minister has agreed to put up taxpayer money for the purchase, as part of a larger private sector consortium bid, the BBC understands.

Downing Street declined to comment on the reported negotiations to buy a stake in OneWeb.

A Number 10 spokesman said the UK was continuing to develop a sovereign space programme through the national space strategy.

“Work on that is continuing on multiple fronts. This includes developing plans for our own national capabilities in satellite navigation, positioning and timing,” the spokesman said.

“We continue to work and have regular conversations with the space industry about this.”

UK-based OneWeb filed for bankruptcy in March in the US, where half its operations and all of its manufacturing are located, after failing to secure new funding.

Before its collapse, OneWeb had launched 74 spacecraft in what was planned to be a broadband internet constellation of 650. The start-up has a goal, though, for thousands more.

As part of any deal, the government would expect the building of future satellites to be brought to the UK.

The American bankruptcy court is now running a bidding process for OneWeb’s assets, such as the radio frequencies it owns.

The Japanese tech investor Softbank and aerospace giant Airbus are among the largest shareholders.

They will have to choose whether to go with a UK government-backed rescue package or another offer.

Airbus issued a statement on Friday, saying: “The reported support of the UK government for a bid for OneWeb looks positive to support (the) UK’s ambition to continue to be a leading player in space. As an original investor, and the manufacturer, in OneWeb, Airbus is pleased that a way forward looks likely.

It added: “Airbus and the wider UK space ecosystem have the skills to build future capability and then drive export opportunities. We would look forward to supporting OneWeb in the next phase of their business and growing the UK contribution to this market-changing business.”

If this comes off, it would be a bold move by the government – a statement that it is prepared to spend big in space.

The question remains, though, whether it would be the right move.

There is excitement currently about constellations of hundreds – if not thousands – of low-orbiting satellites and how they could be used to deliver broadband internet to places where connections are poor or simply non-existent.

But the business case is still on trial. Witness OneWeb’s present difficulties; and although rival SpaceX continues to launch more of its Starlink spacecraft month after month, the Californian firm is a long way from earning meaningful revenues.

So, there are those in the UK space sector who believe the government will be taking an enormous gamble if it seeks to put a positioning, navigation and timing (PNT) service on the back of OneWeb.

After all, this would be critical national infrastructure. What would happen were OneWeb to fail again?

A better solution, the doubters argue, would be to use satellites operated by established British telecommunications companies.

In the flurry of lobbying that’s been going on, the government has been presented with low-cost ideas to use a mix of high and low-orbiting satellites to provide what would, at first, be a regional satellite-navigation service, but one that could eventually be built out into a global system.

Previously, the UK aimed to build its own global navigation satellite system, at a cost estimated by independent experts of between £3bn and £5bn.

The EU’s Galileo system went live in 2016, as an alternative to using GPS or the Russian GLONASS system.

The UK and EU previously argued over the level of access the UK should have to the Galileo satellite-navigation system after Brexit.

Then-Prime Minister Theresa May said in December 2018 that the UK expected to work with its Five Eyes intelligence-sharing partners – the US, Canada, Australia and New Zealand – in developing a new system.

The Americans are understood to like the OneWeb solution because it provides something very different to the existing architectures for satellite navigation.

For the UK, it also presents the possibility of obtaining capability at significantly lower cost than had originally been envisaged for an independent system.