B&Q reinstates worker who had Covid-19 after appeal 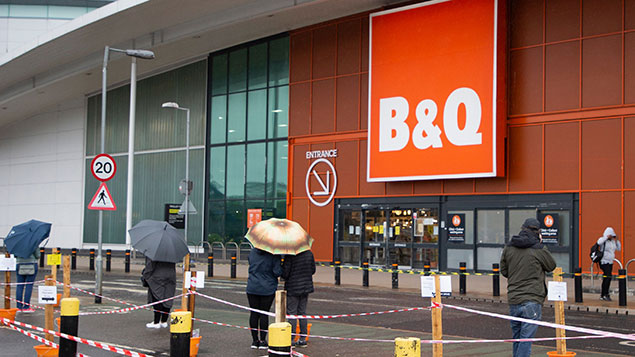 A woman with Covid-19 who was dismissed from her job at B&Q for failing to follow absence procedures has been reinstated after action by the Usdaw union.

The worker, at an undisclosed UK location, had been struggling with Covid-19 for several months, but after recovering was disciplined then dismissed by the DIY retailer for failing to follow absence procedures.

According to local union members B&Q claimed that the woman had not phoned in before her shifts to inform her managers of her absence. However, she argued that she had phoned on two separate occasions but nobody answered her calls. Her condition after this had deteriorated, the members said, and she was struggling to breathe so was unable to call.

After later establishing contact with her boss to ensure the business was informed about her condition, B&Q invited her to a stage one disciplinary meeting while still being signed off sick with a doctor’s note. She was unable to attend this because of illness so it was escalated to a stage two disciplinary despite her continuing ill-health.

At this point the employee contacted Usdaw who helped her draft a letter of appeal. The letter argued that B&Q had not acted fairly by disciplining someone who was very poorly and then by escalating the issue when she was signed off sick and not able to attend a meeting.

Because the employee had worked for the company for less than two years an employment tribunal was not a feasible issue. Generally, employees can only claim unfair dismissal against an employer if they have a minimum of two years’ service.

B&Q then offered to hold an appeal meeting, attended by the employee and an Usdaw representative.

As a result the employee was reinstated with pay backdated to her initial dismissal.

A spokesperson for B&Q told Personnel Today: “We can confirm that a B&Q colleague was recently reinstated to their position following an internal appeal. The internal process was followed in accordance with B&Q’s policies with any adjustments made, where deemed necessary.”

Usdaw has been contacted by Personnel Today for further comment on the case.