Boohoo reveals bid to clean up supply chain to MPs 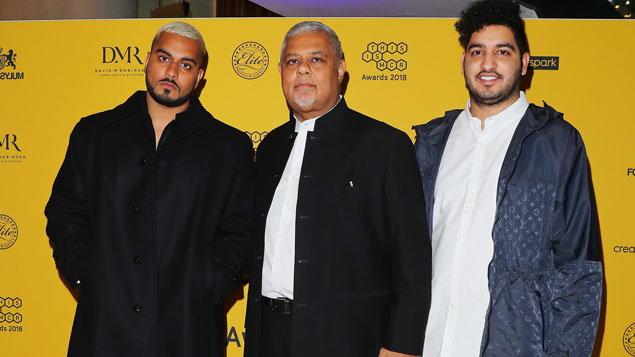 Mahmud Kamani (centre) with sons Umar Kamani (left), and Adam Kamani who are active in the businesss.
Photo: Eamonn and James Clarke/PA Images

Boohoo’s founder has told MPs on a Commons committee that the online fashion retailer has stopped using 64 suppliers in Leicester since stories about dilapidated conditions at factories and mistreatment of workers in the supply chain emerged earlier this year.

Executive chairman Mahmud Kamani revealed to an environmental audit committee hearing into the fashion industry last week that Boohoo did not own any factories and that its audit processes of suppliers hadn’t kept up during the company’s rapid growth.

In a separate development, yesterday (22 December) the Guardian newspaper published exclusive allegations that Boohoo was selling clothes made by Pakistani factory workers who earn as little as 29p an hour and say they face appalling conditions.

In late September, lawyer Alison Levitt QC, who was hired by Boohoo to review its practices following allegations of low pay and poor conditions, said the allegations were “substantially true”. Her report confirmed that workers in Boohoo’s supply chain were paid below the minimum wage while their health was put at risk in the pandemic. She said Boohoo’s monitoring of its supply chain was inadequate.

The first allegations about Boohoo’s suppliers were published in the Sunday Times in July and centred around workers at Jaswal Fashions, a garment factory in Leicester, who were being paid £3.50 an hour amid squalid conditions. Boohoo is said to use UK factories so it can respond more rapidly to trends than its rivals.

Kamani told MPs: “What we are guilty of is we didn’t put processes in fast enough. Some of them [sub contractors] don’t play with a straight bat.”

“We will make Leicester right, we will make things correct,” he said. “That I promise you.”

The committee’s chairman, Conservative MP Philip Dunne, asked Kamani how, having worked with Leicester suppliers for the past 25 years, he could still have been “shocked and appalled” by treatment of workers, in the light of previous revelations.

“I cannot possibly know everything in this business, but I do know this is a priority,” responded Kamani.

He said Boohoo “can’t fix all these problems on our own” and he needed collaboration from the authorities.

“The last 12 months have been very difficult for me, my family and my colleagues,” he said.

He also appeared to suggest Boohoo’s business could be taken overseas in the face of forensic scrutiny of its UK supply chain.

“For us to move out of Leicester, it’s very easy for us to take all our production offshore,” he said. “Lots of people in the fashion industry have moved offshore. We are still here and sometimes, sometimes, it feels like we get punished for it, just sometimes.

But he added: “We are committed to Leicester.”

The Guardian allegations stem from interviews in the city of Faisalabad, where workers at two factories claimed they were paid 10,000PKR (£47) a month, well below the legal monthly minimum wage for unskilled labour of 17,500PKR, while making clothes to be sold by Boohoo.

Boohoo responded to the Guardian report by suspending a supplier and a factory in Faisalabad from its supply chain while it investigated the claims.

In 2017, Channel 4 documentary Dispatches found that factories in Leicester supplying Boohoo (along with New Look, River Island, and Missguided) were paying workers less than the minimum wage. Boohoo stated then that the work had been subcontracted without their knowledge, as it initially did with the revelations from earlier this year.