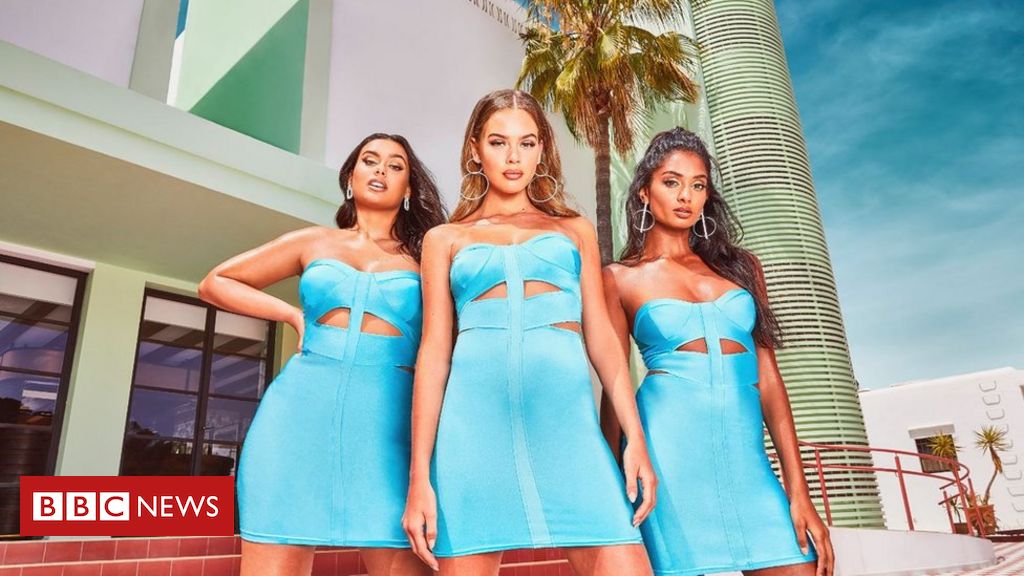 Boohoo dropped by Next, Asos and Zalando over exploitation claims

Boohoo dropped by Next, Asos and Zalando over exploitation claims

Next dropped Boohoo clothes from its websites last week, while Asos and Zalando followed suit on Tuesday.

This follows a Sunday Times report claiming workers at a Leicester factory were paid £3.50 an hour, while being offered no protection from coronavirus.

Boohoo said if the reports were true, conditions were “totally unacceptable”.

The company, which also owns the Nasty Gal and PrettyLittleThing brands, has denied any responsibility but said it would “thoroughly investigate” the claims.

In a statement it said: “We will not hesitate to immediately terminate relationships with any supplier who is found not to be acting within both the letter and spirit of our supplier code of conduct.”

The fast fashion retailer declined to comment on the moves made by Next, Asos and Zalando.

Boohoo’s shares fell a further 12% on Tuesday after a 16% slump the day before, following the publication of the allegations in the Sunday Times.

Boohoo was already under fire after Labour Behind the Label, a workers’ rights group, claimed that some employees at factories in Leicester that supply the fast fashion firm were “being forced to come into work while sick with Covid-19”.

At the time Boohoo said it would “not tolerate any incidence of non-compliance especially in relation to the treatment of workers within our supply chain”.

“Next concluded there is a case for Boohoo Group to answer,” said a spokesman for the retailer.

“As a result, last week Next removed the Boohoo and Pretty Little Thing branded items it was selling previously, from all Next websites.”

The company said it has set up its own investigation over the claims.

“Next is not pre-judging the outcome of this process and no final decision has been made, however, while there is a case to answer, these labels will remain suspended from all Next websites,” the spokesman said.

Zalando, the Berlin-based online fashion store which had €6.4bn (£5.8bn) sales last year, said it “has made the decision to delist all products by Boohoo Group and subsidiaries and pause all new business with Boohoo effective 7 July”.

It said the health and safety of workers has remained of utmost importance to the company. During the coronavirus crisis Zalando said it had introduced “strict preventative measures to keep all employees safe while staying open for business”.

“We expect our partners to apply similar fundamental priorities and will distance ourselves from those who don’t,” the firm added.

Zalando said it will take action “to address endemic human rights issues identified with Boohoo and in their supply chain”.

“Only once all corrective actions have been satisfactorily addressed by Boohoo, can a conversation be revisited to discuss the commercial relationship between Zalando and the Boohoo group moving forward.”

Asos, meanwhile, has temporarily suspended its trading relationship with all Boohoo brands.

It is understood the suspension will remain pending the outcome of Boohoo’s investigation.