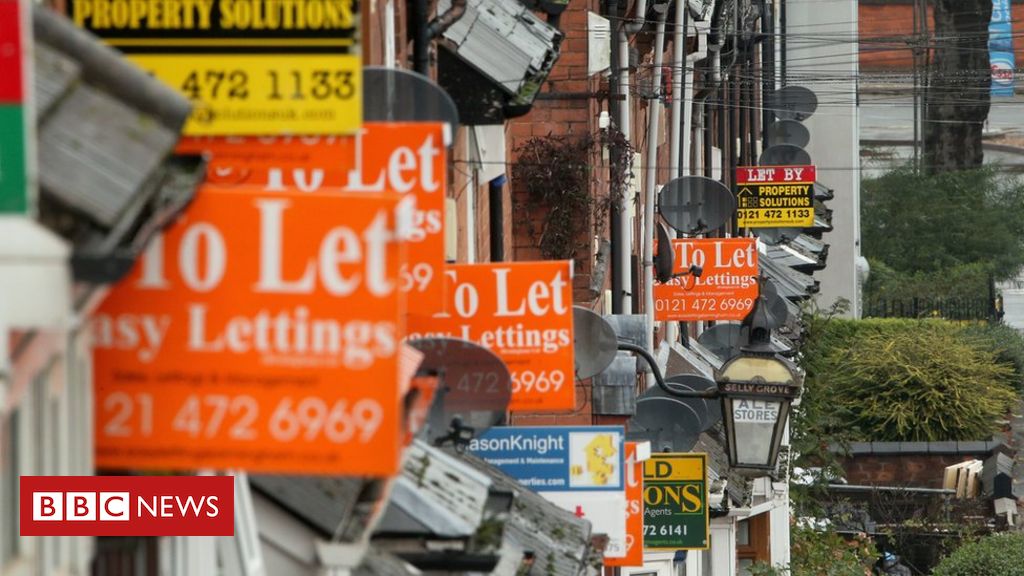 
Thousands of landlords are trying to avoid renting their properties to benefit claimants, despite a judge ruling a blanket ban was unlawful.

About 75% of listings on the website OpenRent said the landlords would not accept people on benefits.

It comes after the ruling a single mother-of-two had experienced indirect discrimination when a letting agent refused to rent to her.

OpenRent said it advised landlords to assess tenants “on their own merits”.

At the court hearing in July, the judge ruled “No DSS” rental bans were against equality laws.

The mother had ended up homeless with her two children, when her case was taken on by housing charity Shelter.

DSS is the initialism for the Department of Social Security, which was replaced in 2001 by the Department for Work and Pensions. It has become a shorthand on property websites for people claiming benefits.

The BBC analysed more than 9,000 listings on OpenRent.

Kurzon and Helen Morris are both unable to work because they have myalgic encephalomyelitis (ME), also known as chronic fatigue syndrome.

They have been looking for 16 months for a property in north-west England and Wales to raise their 19-month-old son, James.

When they started their property search, Mr Morris said 60% of the adverts he looked at explicitly stated “no DSS”.

The couple hoped last month’s ruling would make their search easier, but, although he said it was a while since he had seen the wording “no DSS”, Mr Morris believes it had led landlords to discriminate in less overt ways.

Out of five properties the couple put offers on, they were told on three occasions the landlord had gone with a “working couple”.

“I know I can afford these places, I know I can maintain it, but they still won’t let me move in because they always prefer someone who is in a working couple,” said Mr Morris.

Polly Neate, chief executive of housing charity Shelter, said: “Last month’s ruling should be a wake-up call for landlords and letting agents to clean up their act and treat all renters equally.

“OpenRent should ban landlords from advertising their properties as ‘DSS not accepted’ – and remind them of their legal duty not to discriminate.”

A spokesperson for the Equality and Human Right Commission (EHRC), said: “These figures show that there is still some way to go before we can truly end the discrimination against women and disabled people who claim benefits.

“If landlords and estate agents don’t change their policies and practices, they will be at risk of claims of discrimination from would-be tenants.”

‘I was told I had to be employed’

Daniel Twycross, 45, suffers from anxiety and depression and has been on benefits for most of his life.

He lives in a council flat in Huddersfield but for the past six weeks has been trying to rent somewhere in Sowerby Bridge to be closer to a friend for support.

Of the 30 online ads he has looked at, he had not seen any “no DSS” stipulations.

Twice after following up with the agent, however, he was told by email tenants had to be in employment and for one property that must be full-time.

“All these are affordable so it’s not as if these are unrealistic,” he said.

He said the “no DSS” ruling did not give him much confidence with challenging discriminatory landlords.

“The disability discrimination law is already there anyway. That’s really quite overt,” he said.

OpenRent’s listings include a “tenant preference” with the option for landlords to tick or cross the description “DSS income accepted”.

Some websites have removed “no DSS” from listings while others aim to advertise properties which do specifically accept people on benefits.

The company said it “fully supported Shelter’s efforts to eliminate blanket bans” but its belief “based on speaking to our customers including surveying hundreds of benefit claimants directly, was that applicants should be made aware upfront of any conditions of renting a property”.

Some landlords had conditions in their mortgage agreements which prevented them letting to benefit claimants, it said.

“We’re committed to solving root causes like these, however in the meantime our customers are overwhelmingly telling us we should not be pretending the problem doesn’t exist,” founder Adam Hyslop said.

“Hiding conditions of renting over which the landlord has no discretion only wastes time for all involved, and indeed makes the situation far worse for the very people Shelter is trying to help.”

It said in the past year the website had let more than 25,000 properties to people on benefits and when applying on OpenRent, tenants were always given the chance to explain their particular circumstances and suitability.

The National Residential Landlords Association’s deputy director for policy and research, John Stewart, said it had “always advised landlords they should not blanket ban benefit claimants” but the “fundamental issue was the affordability of renting”.

He said a variety of reasons could explain why rental listings said benefit claimants were not accepted, including:

“We’ve discovered recently how people’s circumstances can change at the drop of a hat,” Mr Stewart said.

“What landlords think might be a sound, sensible business decision [not to rent to benefit claimants] can soon not be.”

The National Residential Landlords Association said not accepting benefit claimants for rental properties was “likely to become more of an issue if the unemployment rates rise at the end of the furlough scheme“.

In July, District Judge Victoria Mark ruled at York County Court: “Rejecting tenancy applications because the applicant is in receipt of housing benefit was unlawfully discriminating on the grounds of sex and disability”.

And this was, therefore, contrary to the Equality Act 2010, she said.

July’s legal action was backed by Shelter and supported by the EHRC, the Nationwide Foundation and barrister Tessa Buchanan at Garden Court Chambers.

The case established “persuasive authority” in law rather than a legal precedent, so it may help guide other courts in reaching future decisions, but is not binding.

More about this story

The Shared Data Unit makes data journalism available to news organisations across the media industry, as part of a partnership between the BBC and the News Media Association.