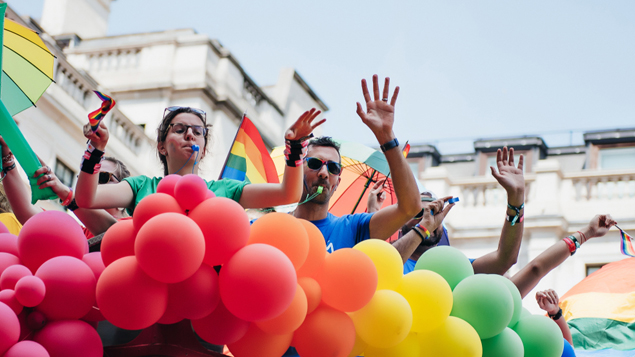 BBC journalists are no longer able to attend events that may be ‘controversial’, including demonstrations about LGBT issues or Black Lives Matter protests.

The rules on impartiality, which have been introduced alongside strict social media guidelines by BBC director general Tim Davie this week, prevent news reporters and staff who work in current affairs from taking part in “public demonstrations or gatherings about controversial issues”, even in their spare time, in case their presence is seen as a sign of political bias.

David Jordan, the BBC’s director of editorial policy and standards, reportedly told a meeting of senior executives that the new rules include not attending “political protests”, such as Black Lives Matter events and LGBT rights protests, although these are not specifically named in the guidelines.

However, in an email to staff this morning, Davie clarified that there was “no ban on attending pride parades”.

“The guidance that we published yesterday made it very clear that staff outside of news and current affairs and factual journalism may attend marches, demonstrations and protests as private individuals,” the email said.

“There are different considerations for staff who work in news and current affairs and factual journalism (and senior leaders) but I want to be clear that there is no issue for these staff attending community events that are clearly celebratory or commemorative and do not compromise perceptions of their impartiality.

“Attending Pride parades is possible within the guidelines, but due care needs to be given to the guidance and staff need to ensure that they are not seen to be taking a stand on politicised or contested issues.”

One employee was allegedly told that they could receive a formal warning or suspension if they attended LGBT events, but this has been contested by the BBC.

The guidance says: “As with social media activity, judgement is required as to what issues are ‘controversial’ with regard to marches or demonstrations, though it should be assumed that most marches are contentious to some degree or other. If in doubt, advice should be sought before attending.

“Charity walks, marathons and similar activities can be undertaken by BBC news and current affairs and factual journalism staff (in all divisions) as fundraising activity for charitable purposes but not for campaigning or political action. BBC staff should not become the face of a charity. Small local charities should not cause issues but advice may be sought.”

Staff have also allegedly been told that liking posts on social media platforms could also be seen as “revealed bias”.