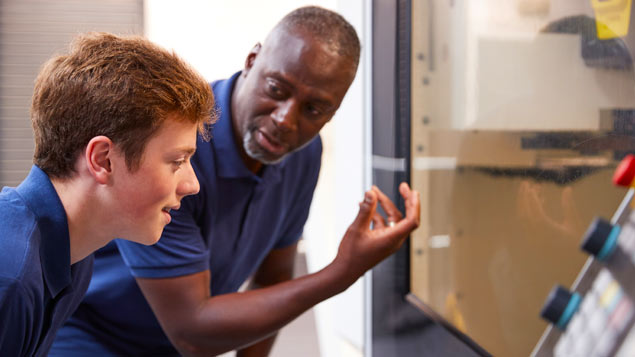 The apprentice system requires a reboot to help it and the wider economy recover from the Covid-19 pandemic and to offer more disadvantaged young people ways to gain skills and a route into employment.

Independent think-tank the Centre for Social Justice in its Trade Secrets report urged immediate action to reverse the decline of level 2 (intermediate) apprenticeships, which it said were in “free fall”.

The Association of Employment and Learning Providers greeted the report as “potentially seminal”.

Employers were likely to be highly risk averse when it came to investing in training, the authors noted.

They argued that the government needed to dramatically reduce the risk of investing in apprenticeships, at least until employers built more confidence in the economy, which could cause a “long-term cultural shift towards more vocational training – and with it, a more seamless alignment between our skills gaps and the training people undertake”.

In particular, the government should pay strong regard to school leavers and young adults. The existing system already favoured more mature (and often higher skilled) workers, stated the report, and according to CSJ/YouGov polling, over one in six levy-paying employers used levy funds to rebadge existing training (17%), or to accredit skills that existing staff already had (18%), in the year prior to being surveyed.

The report found that the current apprenticeship system did not genuinely reflect small business demand with “considerable untapped potential” for apprenticeships among SMEs, which represent 99% of employers in the UK.

Apprenticeships leaned too heavily towards highly qualified employees, and not enough towards school leavers. One of the numerous reasons for this is, was that some employers used levy funds to rebadge existing training,

Employers, too, are often unaware of the support that exists to help them. According to YouGov/CSJ polling, 43% of those who employ apprentices are not aware of any form of financial support available to them.

Among ways the government could hoist numbers up to a healthier level, suggested by the authors, was the promotion of apprenticeships to fill public-sector vacancies – for example in nursing and teaching. (On the same day as the report’s publication, the government announced plans to double nurse apprenticeship funding.) It was also suggested the government could harness major infrastructure projects, including plans to expand high-speed broadband, rebuild schools, develop green buses and deliver HS2. Many of the jobs associated with these projects “would be well suited to the apprenticeship model”.

Among the 20 specific recommendations in Trade Secrets were proposals for:

Association of Employment and Learning Providers managing director Jane Hickie said the Centre for Social Justice was right to highlight how vital it was for the government to support starter level (level 2) apprenticeships “when the immediate prospects for young people look so bleak”.

She said: “This is not just about funding although the government should be doing something about the pitiful rate of funding available for adult social care worker apprenticeships; it is also about being more responsive to the demands of employers in the public and private sectors who can’t understand for example why there is no longer a level 2 apprenticeship available for business administration.

“The pandemic couldn’t have come at a worse time for this year’s school-leavers and AELP strongly supports the CSJ’s recommendation that the government should go back to fully funding the apprenticeships of 16 to 18 year olds out of its mainstream budgets instead of relying on the levy.

“Until the lockdown, the levy system was failing to meet the demand for apprenticeships from small- and medium-sized businesses who have traditionally offered the majority of opportunities to young people at the lower levels and therefore the report has correctly highlighted the need for ministers to show a greater commitment in restoring some balance within the funding system.”

She added: “The report isn’t just about social justice for young people. It demonstrates the value of apprenticeships in terms of improving the UK’s woeful track-record in productivity by citing research which shows that three-quarters of apprentice employers say that the programme has increased their business’s productivity.”

One schools-based career adviser told Personnel Today: “I wouldn’t necessarily agree that pupils don’t generally know about the availability of apprenticeships. But we have definitely had problems with a lack of employers offering apprenticeships. We have all the courses and the training providers ready but the employer bit is so difficult to find.”

Robert Halfon MP, chair of the education select committee, writing in the foreword to the report, pointed out the value of apprenticeships to the wider economy: “They have extraordinary returns for all involved: apprentices go on to have excellent employment prospects, businesses benefit from new expertise, and every £1 invested in level 3 apprenticeships brings a £28 return to the wider economy. They’re about as close to a win-win as it gets.”