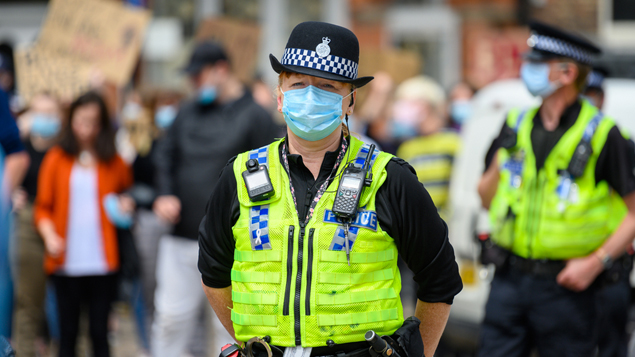 Nearly 900,000 public sector workers including teachers, doctors, police and prison officers will see their pay increase by up to 3.1%.

HM Treasury said this year’s pay awards reflect the ‘enormous effort’ made by public sector staff in responding to the coronavirus outbreak, and each award was recommended by independent pay review bodies. However, commentators said they do not go far enough to compensate workers following years of real-terms pay cuts.

School teachers in England will see the largest percentage increase in salary at 3.1%, followed by doctors and dentists across the UK (2.8%).

Police and  prison officers and National Crime Agency staff in England and Wales will all receive a 2.5% pay rise, while armed forces personnel, senior military, senior civil servants and members of the Judiciary across the UK will see a 2% uplift in pay.

The pay awards for the armed forces, prison officers, senior civil servants and NHS staff will be backdated to April this year, whereas the pay rise for police and teachers will be implemented in September as they have a different pay year.

Chancellor Rishi Sunak said: “These past months have underlined what we always knew – that our public sector workers make a vital contribution to our country and that we can rely on them when we need them.

“It’s right therefore that we follow the recommendations of the independent pay bodies with this set of real-terms pay rises.”

Nurses were not included in the announcement as they negotiated a three-year pay deal in 2018. The Treasury noted that one million NHS workers on Agenda for Change contracts will continue to benefit from those pay rises, and said a nurse still moving up their pay structures would receive an average pay increase of 4.4% this year.

The British Medical Association said the government should have done more to recognise the efforts of NHS staff who put their lives at risk by treating patients with Covid-19.

It said the 2.8% pay uplift only applies to hospital consultants and staff-grade, associate specialist and specialty doctors, while junior doctors and GPs will receive significantly less and will be restricted to their multi-year pay awards set last year.

The chair of the BMA consultants committee, Dr Rob Harwood, said: “The government has put billions of pounds into business and industry to help keep the economy afloat during this pandemic but today it has shown it is not willing to do the same for those on the frontline of this pandemic.

“This uplift means, for many, their take home pay rises between just £15 and £24 per week and doctors quite rightly should be bitterly disappointed and may even be insulted by today’s news particularly given the sacrifices they have made.

“Many of the most highly skilled doctors in the NHS have seen their pay whittled away year on year with minimal or no pay rises – with many having suffered a 30% real-terms pay cut over the last decade. This was the perfect opportunity for the government to show it values our doctors and give them the pay they deserve.”

“Many other public sector workers – including those working on the front line in social care – won’t get a pay rise out of this at all because the Tories haven’t made good on their promises to boost local authority funding,” she said.

The government also revealed progress made in recruitment in various areas of the public sector. Some 6,435 new police officers were recruited between November 2019 and March 2020, of which 3,005 joined specifically as part of the programme to recruit 20,000 over the next three years.