Working at home has led to longer hours 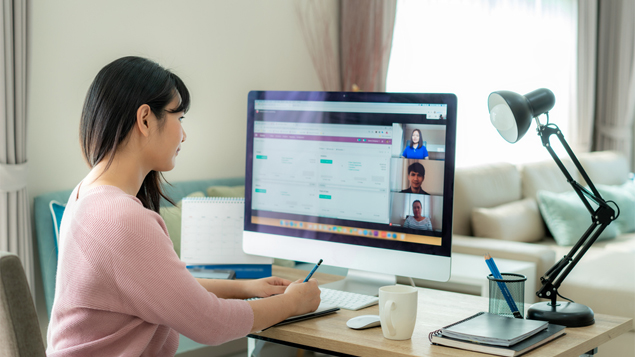 ‘Enforced’ working at home has allowed those working remotely on a permanent basis to better connect with their colleagues, but those who normally work in the office report a loss of creative and problem-solving discussions, and many are working for longer than usual.

Several studies published over the past few days have highlighted how widespread home working during the coronavirus pandemic has changed the way office workers interact with each other and schedule their day.

According to one study by academic institutions in the UK and New Zealand including the University of East Anglia and Auckland University of Technology, the “unequal social distributions” that previously existed between office and home workers were removed during the lockdown, as an increase in discussions and social activities being held over Zoom or Microsoft Teams enabled previously “marginalised” home workers to feel closer to their colleagues.

However, it found that teams that tried to communicate using the same pre-lockdown methods or styles encountered challenges. Group conversations were difficult as multiple people began talking at the same time, while networking  and “mingling” during social activities such as after-work drinks not possible.

Workers had to have scheduled interactions with colleagues, which had an impact on the level of knowledge that was sometimes shared through unplanned discussions. Junior staff with a question or who sought feedback also experienced difficulties in contacting colleagues.

The study found the lack of seamless communications “might result in less efficiency and negative emotions.”

Many of the 29 workers interviewed said virtual meetings and check-ins were too frequent and unnecessary, which affected their wellbeing and productivity. This was particularly pertinent among parents or employees with other caring responsibilities.

“Covid-19 has dramatically shifted affordances, thus requiring a new pattern of communications in terms of the frequency, length, and the style,” the study concluded.

“Employers were forced to simultaneously test and embrace a high-trust culture. On the whole, employees proved that they can be trusted in this kind of environment, so that will influence how we work now and in the future,” he said.

Employees were also spending more time on work tasks than before. Another study involving 2,533 office workers found people working from home would undertake an extra month’s work a year, compared with before the pandemic, as they were allocating some of the time previously spent commuting to work.

On average, employees had saved 84 minutes each day by working from home, the study by technology firm Atlas Cloud found. This prompted nearly nine out of 10 office staff to consider working from home in future, but only a quarter wanted to do so full time.

“The pandemic has transformed the way that Britain’s workers think about the workplace, but it is by no means the death of the traditional office – it is the birth of hybrid working,” he said.

Similar research by NordVPN claimed that UK employees have been adding around two hours to each workday, equating to around an extra week of work per month.

Comparatively, staff in countries including France, Spain and Canada had returned to pre-pandemic work schedules, while those in the US worked around three hours extra per day.