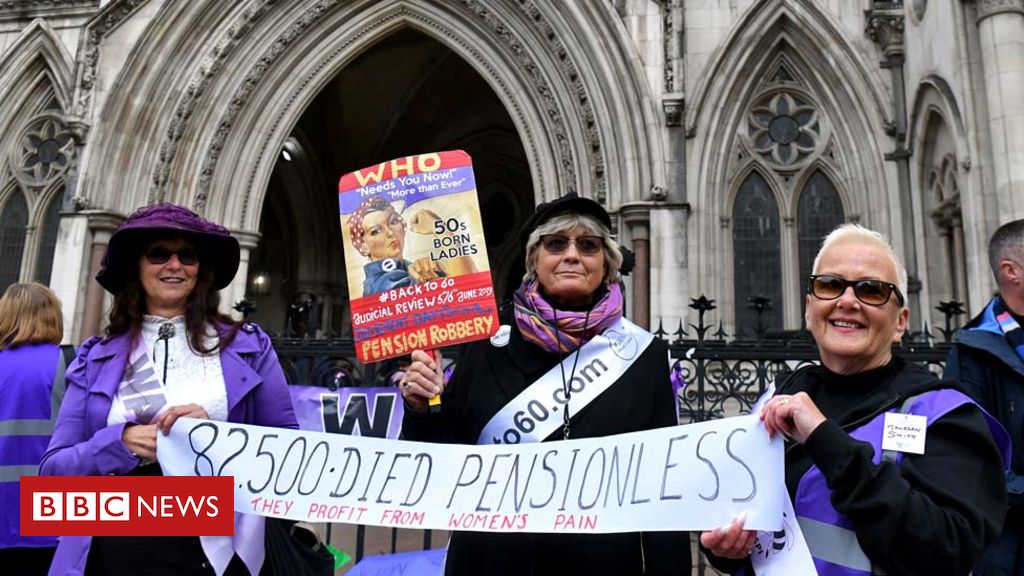 
Campaigners challenging the handling by the government of a rise in the women’s state pension age are back in court.

Women born in the 1950s claim the rise is unfair because they were not given enough time to make adjustments to cope with years without a state pension.

They are now appealing against a ruling by judges last year, which rejected their claims of discrimination.

What is the history of the case?

Last June, a judicial review in the High Court heard the claim from two members of the Backto60 group who said that not receiving their state pension at the age of 60 had affected them disproportionately.

They argued that many women took time out of work to care for children, were paid less than men and could not save as much in occupational pensions, so the change had hit them harder.

However, the High Court judges ruled in October that the “there was no direct discrimination on grounds of sex”.

The court also rejected the claimants’ argument that the policy was discriminatory based on age.

Campaigners have now taken the case to the Court of Appeal which is hearing arguments over two days, operating via video link owing to coronavirus restrictions.

Representing the campaigners, Michael Mansfield said impact of the government’s handling of the pension age rise had been “catastrophic” for this group of women.

It is estimated that 3.8 million women were in this position, with some potentially losing out on more than £40,000.

Up until 2010, women received their state pensions at the age of 60 but that has been rising since then. While most campaigners support pension age equality, they argued that the government was discriminatory in the way it has introduced it.

The result has been that some women who thought they would retire and receive a state pension at 60 found that they would have to wait longer – for some a wait of more than five years. That resulted in financial hardship for many.

Those affected were born in the decade after 6 April, 1950, but those born from 6 April 1953 were particularly affected and have been the focus of much of the campaign.

About £181bn of that would be money potentially owed to women and the rest to men.

It has said the move to make the state pension age the same for men and women was a “long-overdue” move towards gender equality, and had been clearly communicated to those affected.

It said the policy was lawful and did not discriminate on any grounds.