Why virtual onboarding can still be a warm welcome 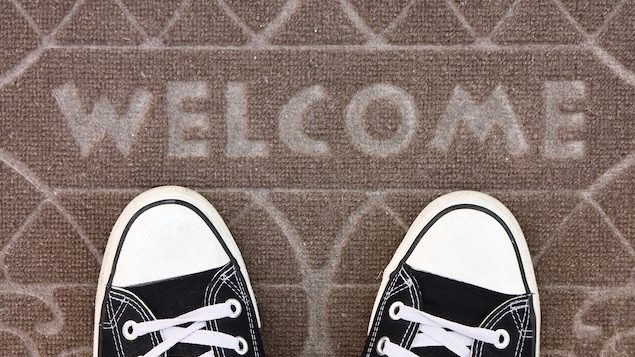 How can employers make the onboarding experience a positive one if it’s remote?
Shutterstock

It may be a tough labour market at the moment, but a number of key sectors continue to hire and many graduate schemes are still going ahead. But how are they welcoming new starters into the business when a face-to-face induction is not always possible?

Starting a new job is nerve-wracking at the best of times, but when it’s impossible to be met at the reception or be shown around an office to meet new colleagues, the reassurance we might usually receive from these rituals is lost.

And although many organisations have introduced recruitment freezes during the coronavirus pandemic, a substantial number of people are still moving jobs or just starting their careers. Recent figures from the ONS showed that 6.1% of all employed people moved jobs in the first half of 2020, and more than half of them began a new career in an entirely different industry.

Onboarding new employees is arguably the most human aspect of the recruitment cycle – the stage when candidates really get a taste of ‘how things are done around here’ and feel excited about making connections with colleagues. Replicating this when the majority of the workforce is at home is a challenge that many HR and recruitment teams are now getting to grips with.

“There are a number of ways you can lose a new employee – technology doesn’t work, they don’t know what’s expected, they don’t feel part of the team, receive no feedback,” says Chris Rowlands, director of HR recruitment company Network HR. “Or perhaps they’re given no idea of career progression, too much work or they’re micro-managed. If this happens in the first couple of months, even in a difficult employment market you’re unlikely to keep them.”

Getting the experience right

Law firm Linklaters, which offers more training contracts to graduates than any other law firm in the UK, has recruited its usual number of entry-level posts this year. Felix Hebblethwaite, global head of recruitment, believes that the successful onboarding of the firm’s people is more important than ever.

“We’ve made the contract issuing process more effective by using technology such as Docusign, while you get a laptop and phone couriered to your home address before your first day, and a chair if you need one,” he explains. “You’re on our systems from day one and you’re ready to go, which requires a huge logistical effort.”

Most hires at this level will have taken part in a vacation scheme or studied with other Linklaters recruits prior to starting, so they will have a ready-made network of colleagues. On top of this, however, the firm offers a series of induction sessions where they hear from senior people in the business about Linklaters’ values and culture, as well as well as training on the firm’s IT systems.

“We’re covering everything we normally would but if anything we’re taking it one step further,” Hebblethwaite adds. Outside of the graduate intake, new recruits are set up on calls with line managers and relevant colleagues in the same way they would be introduced to people if they were in a physical office.

During the pandemic a senior partner has delivered a short video each week to discuss aspects of the business, which has been a useful introduction to the firm for new employees as well as a means of galvanising existing ones. He adds: “This is a great way to convey our culture – the videos are personal and honest, giving a sense of our people and who they are. One example was our senior partner talking about going back into the office. The feedback has been fantastic.”

Just because the onboarding process has become virtual should not mean new employees are left stranded and asking questions. If anything, it’s more important to ensure the practical aspects of joining – from sending out laptops to signing contracts – happen smoothly so that new starters have room to acquaint themselves with their colleagues and the culture of the organisation.

The context of starting a new job during a pandemic intensifies this, says Nicola Sullivan, solutions director at software company Meet & Engage. “There’s a general backdrop of uncertainty. With graduates, for example, they might have just received their degree virtually or be uncertain about whether they have to relocate,” she explains. “That’s why it’s all the more important for the employer to fill that vacuum.”

So even if a line manager can’t give a guarantee of starting arrangements or office location initially, being transparent about this helps. “Saying something rather than nothing is really important,” adds Sullivan. “Employees get some sense that you’re on a journey with them, that you’re not ignoring them. Even if it’s bringing a group of new starters together virtually for an update, so they can engage as they might in an office, is a good way to remind them why they decided to join in the first place.”

Victoria Carr joined insurance company Volante in early May as its new people director so has experienced the remote onboarding experience first hand. “I was already working from home in my previous role so used to using video technologies such as MS Teams, and was introduced to colleagues that way,” she says. Because the company is relatively small, she has been able speak to people individually, helping her to settle in and for the key people in her network to get to know her.

Rowlands at Network HR, who recruited Carr for the role, says the biggest mistake organisations can make when it comes to remote onboarding “is to try and shoehorn your existing experience into a virtual world”. Technology can help recruitment teams automate and tick off the transactional parts of the experience such as signing contracts, but there are creative ways managers can replicate the ‘human’ aspects of the experience.

We’re covering everything we normally would but if anything we’re taking it one step further.” – Felix Hebblethwaite, Linklaters

“On the first day you could send the new starter’s profile around the team and encourage them to connect, send a short video from the CEO or someone who does the same job talking about what they do,” says Rowlands. “Assign them a buddy and give that person time so they can introduce the new employee to people – why not send some corporate goodies so their desk feels like it might in the office?” One employer even sends its new starters breakfast on their first morning.

Thames Water has been making changes to its onboarding for new employees as part of a wider resourcing transformation. “Because many of our staff had key worker status we have been lucky not to have a dip in hiring,” explains Ben Gledhill, head of resourcing. “We’ve been trying to understand how people feel as changing jobs is a nervous time anyway, and that’s helping us to remap the touchpoints in the process.”

The aim is to offer an easily accessible onboarding hub that includes an employee’s documentation such as contracts as well as content on the organisation’s journey and values. Chatbot technology will enable new starters to ask questions 24/7, meaning simple queries such as ‘how many days holiday do I get?’ can be automated so resourcing can focus on proactively engaging with people.

“Automation is fine as long as you use it in the right way and temper it with human elements,” says Gledhill. “Maybe you start on Monday morning and need to ask something at 5pm the day before – the chatbot can help with that. This frees up Resourcing and HR to pick up the phone and build relationships, perhaps have that conversation with someone who is nervous.” Another chatbot will do regular ‘temperature check’ surveys of how new starters are feeling about their role – regardless of seniority – during the first three months. This means we can pick up on problems early and find ways to help, he adds.

Of course, video has become a core part of employees’ day-to-day working lives, either as a substitute for in-person meetings or a way to catch up with teams informally. It was natural that HR teams began introducing this to their induction processes, says Robert Zampetti, a partner specialising in HR transformation and workforce experience at EY.

“Before Covid, a lot of onboarding was resource intensive so you got an email or a link to a portal and any human contact was engineered – such as a team meeting or lunch with your boss,” he says. “But we’ve seen virtual coffees with your new team and virtual happy hours, showing we can work the social side of things while sacrificing physical presence. People weren’t told to do this by HR either, they just did it.”

You might have a probation date but for many people it’s emotional, a journey.”– Nicola Sullivan, Meet & Engage

Devoting time to these “rich occasions” such as video meet-ups or calling someone to check they’re OK is something to maintain even as we return to offices, adds Zampetti. “You can spend 15 minutes on this and it will save time compared with sending a link that just generates more questions.”

As was the case prior to the pandemic, sustaining engagement with new starters needs to extend beyond the first few days and weeks, particularly as those employees are likely to be working from home.

Sullivan from Meet & Engage says: “We don’t see it as a finite period. For purposes of compliance you might have a probation date but for many people it’s emotional, a journey. Look at what the data is telling you. For example, is there a point where people drop off in volume hiring exercises? Do graduates in your IT department leave after their first project?”

Ensuring there is access to information about career development and learning can support an employee’s sense of security going forward, she adds. “You could have prompts in your system to offer content on preparing for your first appraisal, or some companies are offering specific support on how people can build their resilience or ability to cope with change, helping them to build on the traits they need to work virtually.”

With many employers resisting calls from the government and city-centre businesses to return to the office – including the potential arrival of flexible season tickets – virtual onboarding is set to become business as usual for some time to come. Holding onto the best talent will be down to those hiring teams who can get the digital welcome just right.