Why ESG should be high in HR’s priorities 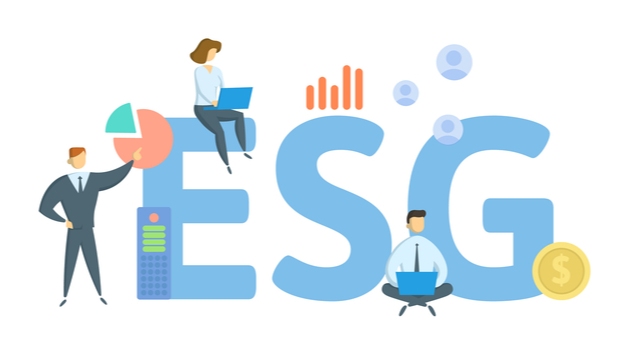 Environmental, Social, and Governance (ESG) considerations are now top of the agenda for big businesses. But what do ESG goals mean for how we incentivise and manage the workforce? Dan Peyton and Marc Naidoo explain.

Over the last few years, interest in sustainable investment – over and above pure financial returns – has grown. This change has not been immediate and required careful, systematic and nuanced changes to the corporate landscape.

First, we saw interest in moving away from industries considered profitable but harmful (including gambling, tobacco and Amazon deforestation). This matured into a second phase where the market searched for assets that were seen as beneficial to the environment (including renewable energy, electric vehicles and desalination).

However, as the market scoured for clean assets, some were discovered to have a potentially dirty side. Early desalination and battery plants for electric vehicles were accused of using huge amounts of energy and renewable energy projects of having adverse effects on surrounding indigenous communities.

Similarly, practices deemed as easy wins intended to satisfy mounting market pressures, were neglecting social and governance issues, given that the metrics to quantify impact on the environment are easier to obtain than social or even governance issues.

As environmental groups and NGOs began putting more pressure on market participants to be more accountable for their decisions, a hybrid formed between phases one and two.

On the one hand organisations would invest in and conduct business for the benefit of the wider community, while at the same time ensuring that those initiatives did not have an unintended negative effect.

This middle point is now referred to as sustainable investing or, in wider terms, ESG (Environmental, Social and Governance) considerations.

What does this have to do with HR?

But what does any of this have to do with HR and employment law? The connection is that there now seems to be further step in the evolution of the market, moving the qualitative analysis away from the assets and commercial activities of these businesses and towards their internal policies and operational practices.

This is not a new phenomenon from an HR perspective, because as the market moves, businesses need to find ways of reflecting that change in their culture and the behaviour of leadership and employees.

In recent years we have seen changes in the law designed to both reflect and accelerate the rate of market changes relating to issues of corporate responsibility. These have included the introduction of laws reflecting issues of broad social concern ranging from the Bribery Act and the Modern Slavery Act to gender pay gap reporting.

Legislation and codes have been put in place to encourage good corporate governance, including aspects of the ESG agenda.

For example, a director’s duty to promote the success of a company under s.172 of the Companies Act 2006, includes having regard to the impact of company activities on the community and environment.

Leadership, regulation and remuneration policies will all play their part in advancing the ESG agenda”

Under the Remuneration Code, affected companies must report how its directors have sought to discharge this duty and explain any non-compliance with corporate governance requirements and there is greater accountability in setting executive pay through shareholder influence and remuneration committee responsibility.

Equally, employment law has a role to play. Like other areas of legal regulation, UK employment law sets out basic standards of employers’ conduct and creates legal and associated financial risk for those who do not meet those standards, as well as a framework for employers to discipline employees who deviate from required standards of conduct.

However, these laws and regulations only move the needle so far because they enforce minimum rather than aspirational standards and often reflect a problem rather than a real world solution.

For example, the law around gender pay gap reporting has helped to publicise a problem but has been ineffective in solving it. Equally, the effectiveness of shareholder control over executive pay as a corporate governance tool depends on compliance generating increased value for shareholders.

Employee reward will be important in encouraging the promotion of ESG issues. We know that rewarding bad behaviours encourages those behaviours.

The financial services sector found that rewarding those who take risks and get lucky can quickly undermine risk management efforts and that, conversely, putting in jeopardy the rewards of risky behaviour through their deferral and/or potential clawback can be effective.

Should we reward compliance?

All the approaches outlined above rely on the stick rather than the carrot to encourage good behaviour and it seems clear why. Until the goals of increased compliance and increased profit are properly aligned, penalising non-compliance will always be easier than finding ways to reward compliance.

Back in the real world, employers who pay compliant employees a higher premium than their less compliant but more profitable counterparts are likely to find the latter will vote with their feet to the benefit of less scrupulous competitors.

Leadership, regulation and remuneration policies will all play their part in advancing the ESG agenda. However, ultimately success will depend on there being an economic benefit in pursuing that agenda.

The fact that suppliers, customers and investors now consider diversity issues when making decisions about who gets their business has helped to make those issues a commercial priority.

If progressing the ESG agenda depends on the value the market attributes to it, the market will materially influence the pace of change.

Although the nature of this change may be evolutionary rather than revolutionary, the good news is that the process is already well under way and it may be transformative in the longer term.