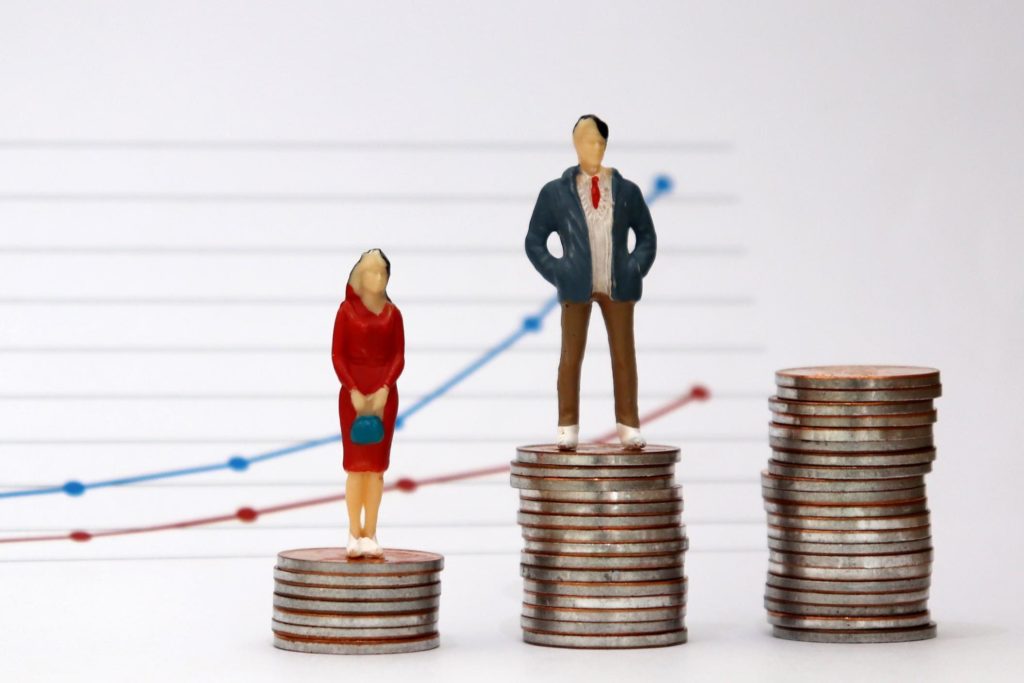 What is it and how is it different from equal pay?

What is it and how is it different from equal pay? 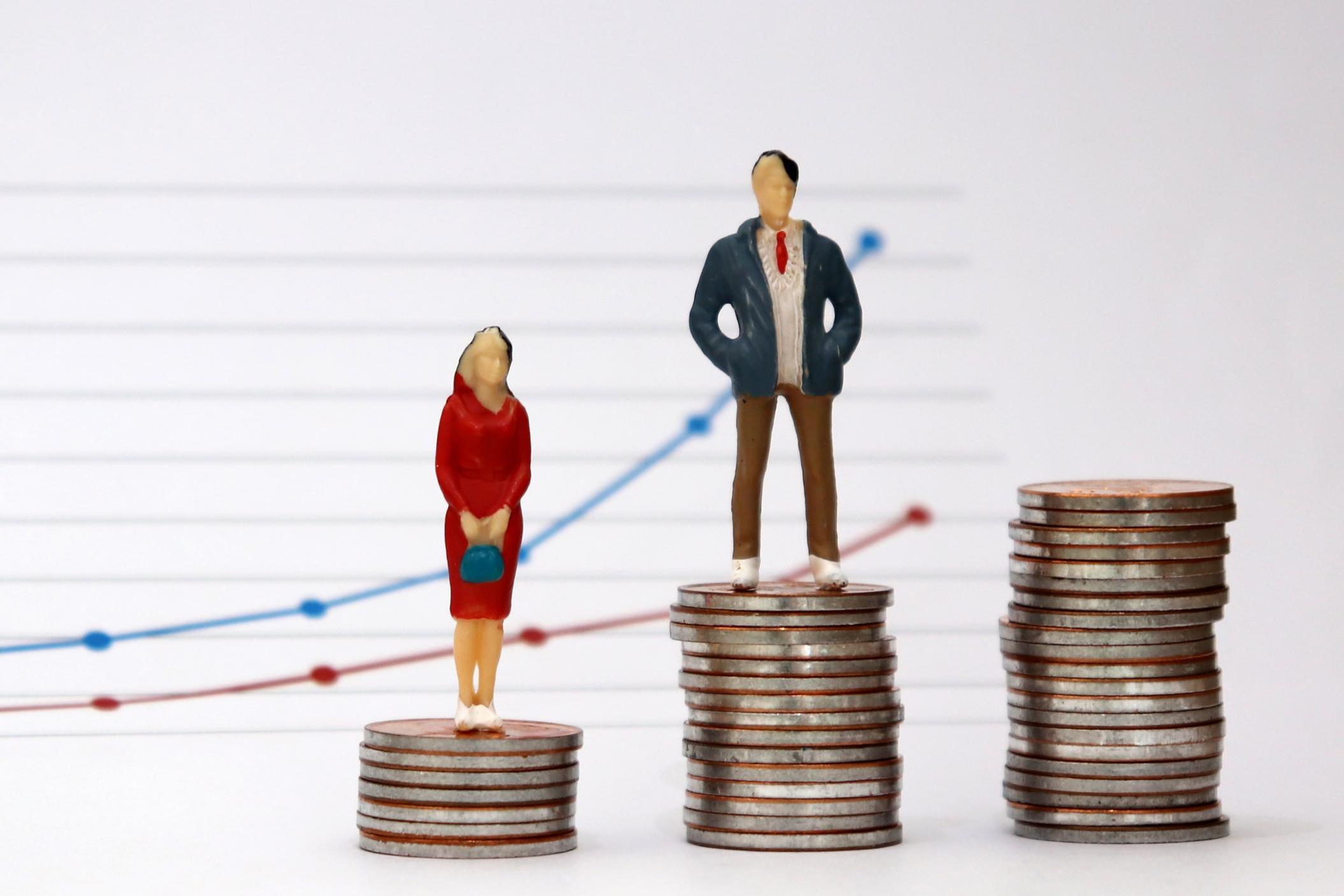 Friday 29 May marks 50 years since the Equal Pay Act received royal assent in the UK, meaning employers were prohibited from paying women less than men for the same job.

Although unequal pay is now illegal, the gender pay gap – the percentage difference between the average hourly earnings for men and women – persists.

The government now requires British companies, with more than 200 employees, publish their gender pay gap data, but this will not be happening in 2020 due to the coronavirus pandemic.

Despite efforts and campaigns by women’s rights groups to close the gap, the results for 2019 found that the gender pay gap had widened in favour of men in the past year, with 78 per cent of the biggest companies in Britain reporting a gap in favour of men.

But confusions surrounding the pay gap are rife, with many conflating it with equal pay and others denying its existence completely.

Read on for everything you need to know about the gender pay gap, from what causes it to how to find out whether there’s one at your company.

What is the gender pay gap?

The gender pay gap is the average difference between hourly wages for men and women.

Since changes to the Equality Act came into force in April 2017, companies with more than 250 employees have been legally required to report their gender pay gap figures by the end of the financial year.

Organisations must also reveal the proportion of men and women who receive financial bonuses.

The deadline for this is 30 March for public bodies and 4 April for private companies.

In December 2018, the World Economic Forum reported that it will take 202 years to close the gap.

What is equal pay?

The gender pay gap isn’t the same as equal pay. Unequal pay is when women are paid less than men for doing the exact same work.

Equal pay has been a legal requirement since the Equal Pay Act was introduced in 1970. Despite this, pay discrimination remains rife, explains Sam Smethers, chief executive of the Fawcett Society.

“We know from our Equal Pay Advice Service that it is still happening,” Smethers explains. “Gender pay gap reporting does not give women the information they need to challenge unequal pay. For that they need to know what their colleagues earn. Most employers say they don’t have an issue – but unless they have conducted an audit and set up a transparent pay framework, how would they know for sure?”

The BBC famously became embroiled in a controversy over unequal pay in July 2017 after it published a list of its highest-earning presenters, revealing a stark imbalance between the number of men and women at the top of the broadcasting company.

The Equality and Human Rights Commission (EHRC) is currently in the process of conducting an investigation into the BBC over suspected pay discrimination against female employees. The organisation hopes to publish its findings by spring 2020.

How is the gender pay gap calculated?

The mean gender pay gap is an average. It’s calculated by adding up the wages of all male and female employees and dividing it by the number of employees. The pay gap is the difference between the mean figures for men and women, which is reported as a percentage.

The median gender pay gap is calculated by listing all male and female employees’ wages from highest to lowest and comparing the number that sits in the middle for each gender.

The difference in salary between those two people is the pay gap figure. This doesn’t account for age, previous experience of differences in job roles, but it’s still viewed as the most representative calculation, given that the mean gender pay gap figures can be skewed if there are some particularly highly paid employees. Hence, the median gender pay gap is the figure that is more widely reported.

“Companies also need to provide a written statement confirming that the calculations are accurate,” Javornik tells The Independent. “This must be signed by a senior employee, such as a director or chief executive, and provide a narrative that will help people to understand their view of why a gender pay gap is present and what the organisation intends to do to close it. This then needs to be published somewhere accessible on their own website and placed on a designated government website.”​

How can you find out the gender pay gap at your company?

If you work for a company with more than 250 workers, you can find out its gender pay gap on the Government Equalities Office website.

Companies employing fewer people than this are not legally required to report their gender pay gaps. But in the name of transparency, some smaller firms have started to do so.

You can find out if your company is reporting its gender pay gap by asking someone in your human resources department.

What causes the gender pay gap?

A gender pay gap can be caused by a multitude of things, such as having fewer women in senior or more high-earning roles or more women working part-time.

“Everyone is legally entitled to equal pay for equal work, but there may be a range of factors behind pay gaps and it doesn’t necessarily mean that unlawful discrimination is happening,” explains a spokesperson for the EHRC.

While the cause for a pay gap can differ between companies, publishing and monitoring pay gaps alone can help employers identify reasons for their gap and should help them develop action plans to tackle the causes, the spokesperson tells The Independent.

“For example, if women are mainly at lower-paid levels in the organisation, the employer might want to develop a positive action plan to encourage and support women to apply for more senior roles,” they suggest.

“Or if women are more likely to work part-time because of childcare responsibilities, the employer might want to review their flexible working policies and ensure that part-time work and flexible work is available at all levels of the organisation.”

What social elements contribute towards the gender pay gap?

Speaking to The Independent, a spokesperson for the Women’s Equality Party adds that the seeds of the gender pay gap are sown from a young age.

“Our education system continues to influence gender norms that lead girls into lower paying jobs that are less valued,” they explain.

Dr Julie Davies of The University of Huddersfield concurs that the roots of the gender pay gap are formed early on, telling The Independent: “This happens when women don’t negotiate their salary in their first role due to societal pressures, and so there is a cumulative effect as they move from one job to another. Often women don’t ask for more money and are just grateful to be offered a job.”

What is the motherhood gap?

Many new mothers may need to work part time to accommodate for childcare, for example, which means they might earn less and be at a disadvantage when it comes to progressing compared to their male colleagues.

As outlined in a report published by the Institute for Fiscal Studies on Wednesday, many new mothers may choose to work closer to home, which can reduce their job opportunities and give them less access to productive, high-paying firms.

This has been proven by research into average commuting times among women, which typically fall after childbirth, the IFS report states.

“Offering all jobs as flexible would remove the barriers faced by women who are more likely to have to negotiate flexible working or accept part-time jobs that are often low-paid,” explains the EHRC spokesperson.

“Creating workplaces with flexible cultures will increase opportunities for everyone, giving people greater choice about the role they play both at work and home.”

How can we close the gender pay gap?

The EHRC outlines its strategy for closing the pay gap on its website. Its main recommendations are as follows:

“There’s work to be done with training managers who may have previously worked in a male-dominated team,” Anders tells The Independent. “From a leader’s perspective, when you bring a diverse set of people together you must be clear how you want to be as a company.

“Yes, there will be local laws and cultural aspects that individuals in your organisation hold dear, but you must set the ‘laws’ as a company and what it means to be at your organisation. And for many organisations, this means moving away behaviours that stifle diversity.”

Anders added that companies have a responsibility when it comes to tolerating incidents that will widen their gender pay gap.

“If you do, there will always be a pay gap between those two people as they work and grow, so it’s better to review the appropriate pay for that job function and level. It’ll pay off in the long-term and lead to better retention rates.”

“Many companies still offer women more generous maternity packages than they do shared parental leave packages for men, so it makes more sense for the woman to take time off for childcare,” she tells The Independent.

“But this has a knock-on effect on other things, too, like women’s pensions. The gender pension gap is even bigger than the gender pay gap because money that women don’t pay into their pensions while they’re off work caring children, or while they are earning less to begin with, compounds over time.”