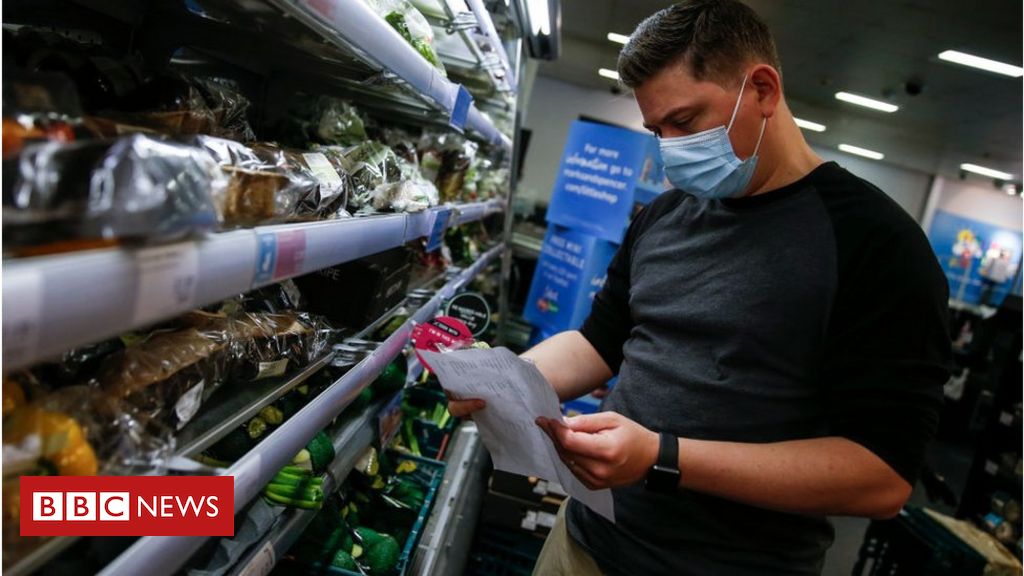 
Making the wearing of face masks in shops in England compulsory would be a “reasonable measure”, the boss of the Waterstones book chain has said.

However, James Daunt told the BBC it should not be the job of shop workers to “police” the policy.

In Scotland it has been compulsory to wear a covering while inside a shop since last Friday.

But on Monday, Justice Secretary Robert Buckland said he would prefer it if people wore face coverings of their own volition – although the government could make it compulsory if necessary.

Mr Daunt told the BBC’s Today Programme: “On public transport wearing a mask seems sensible. If the science backs it, then it is a perfectly reasonable thing, and I think people will become more familiar with shopping.”

But he said it “would not be right” to ask staff to enforce the rule.

“There are a tiny, tiny minority of people who will be confrontational over it and it is not the position of shop workers to enter into that situation,” he said.

“And indeed, we would ask our shop workers not to confront someone who is stealing from us, for example. We would call the police.

“We shouldn’t put ourselves in confrontational positions, but I think we can, as retailers, if we are requested to do so, clearly tell everybody it is a sensible thing to do.”

Linda Bauld, professor of public health at the University of Edinburgh, told the Today programme that evidence now suggests that wearing masks in confined spaces makes a difference.

“Essentially infections are spread by droplets and they’re relatively large when they come out in a cough or a sneeze but they become much smaller as they travel through the air.

“So the job of a cloth covering isn’t so much to protect the wearer but to block the source of infection,” she said.

She said leaders should lead by example by being seen wearing face coverings and should explain clearly why it is needed or required.

“Enforcement needn’t be heavy-handed. Requiring people to wear masks in shops will give that little extra nudge and make it much clearer for the general public,” she said.

On Friday, Prime Minister Boris Johnson appeared for the first time in public in a mask and hinted that stricter rules were coming in England.

On Sunday, Cabinet Office Minister Michael Gove said there were no immediate plans to make masks in shops compulsory but said the government reserved the right to make it law if scientific advice changed.

“I think that it is basic good manners, courtesy and consideration, to wear a face mask if you are, for example, in a shop,” he told the BBC’s Andrew Marr show.

“If it becomes necessary to nudge people further by taking further action then of course we will consider that,” he added.

“I think the matter is under careful and daily review.”

What do I need to know about the coronavirus?