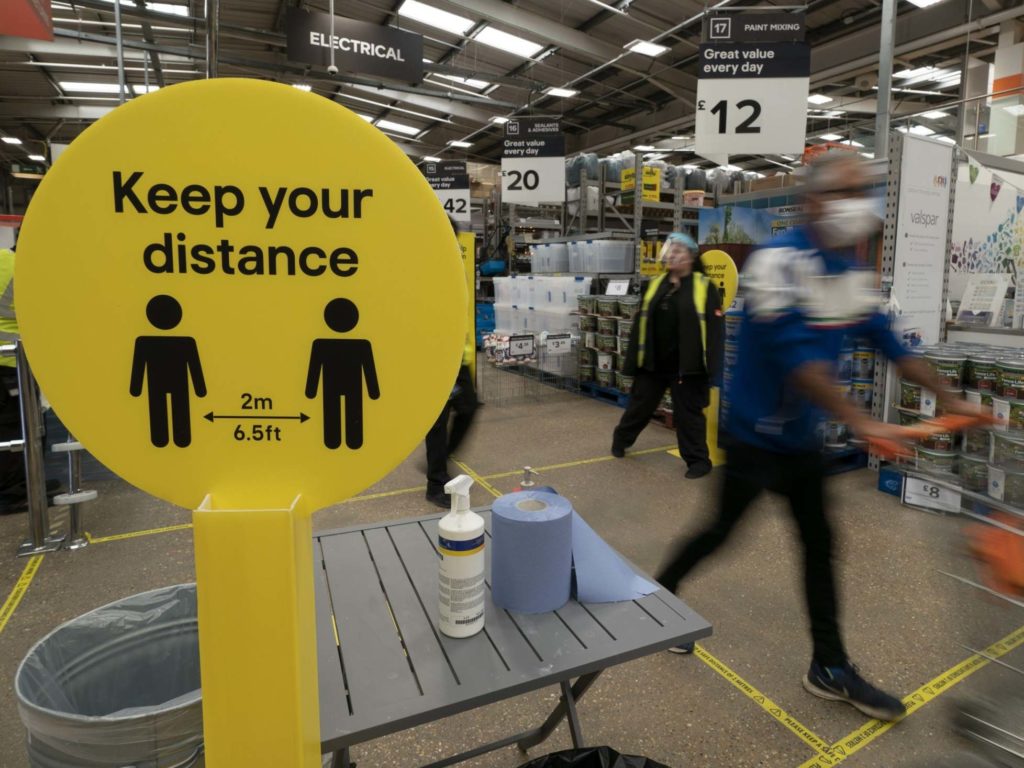 ‘We have been left to fend for ourselves’: Vulnerable workers fear returning to unsafe workplaces

‘We have been left to fend for ourselves’: Vulnerable workers fear returning to unsafe workplaces 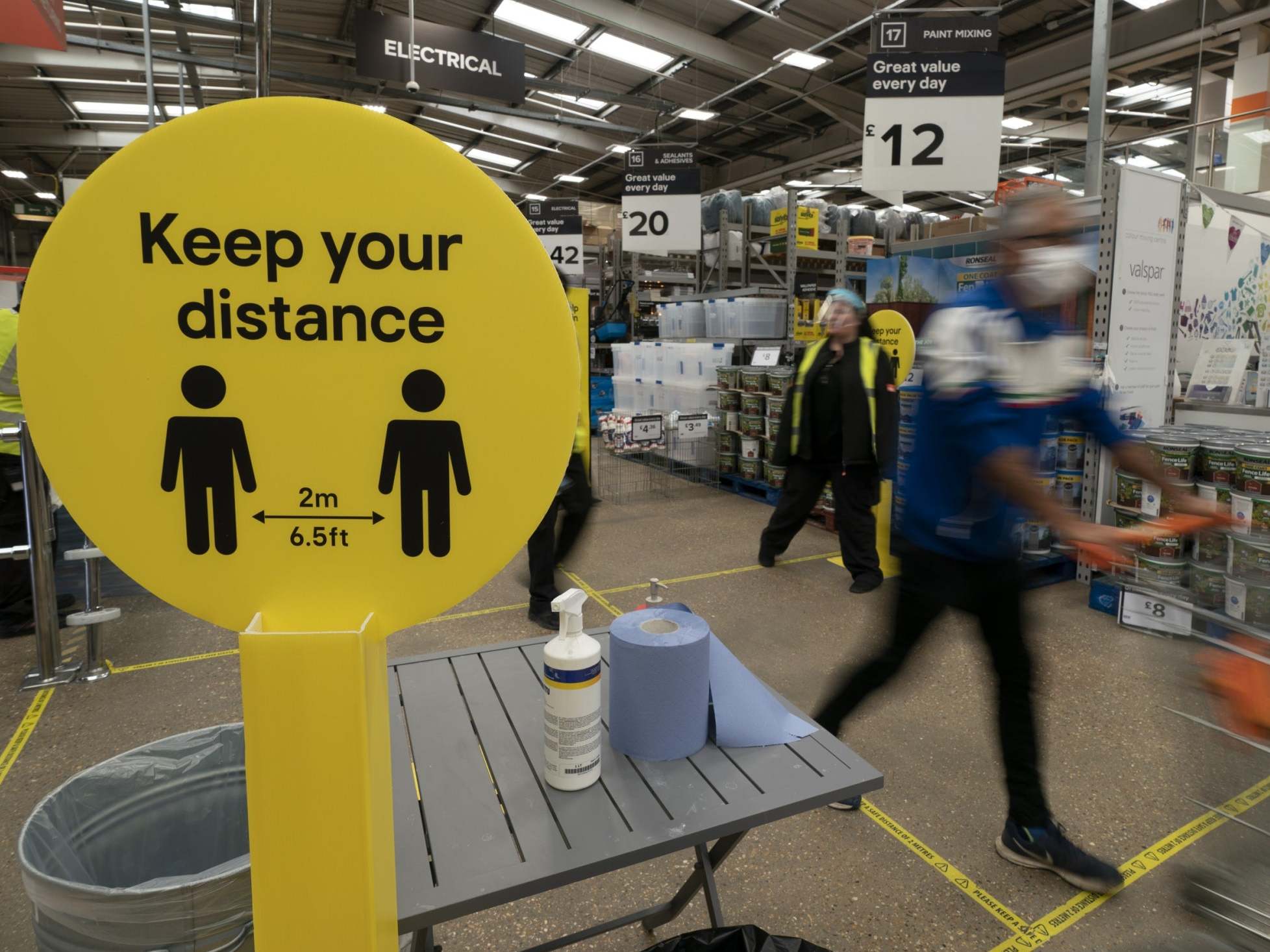 After being hospitalised three times this year with severe asthma attacks, as well as having diabetes brought on by long-term use of steroid medication, 49-year-old David Keane*, cannot afford to take any chances with Covid-19.

But, on Monday, following changes to government guidance, he will be going back into his workplace, as a manager for a shipping company.

Having shielded for four months, and stuck to the rules “to the letter”, he is – like many who are clinically very vulnerable to coronavirus – nervous about a sudden return to work, even though he has been with his current employer for 30 years.

“I want to go back. I’m one of these people that’s always working, even if I’m on holiday I keep in touch by email. I manage a team so I have responsibility but because I’ve been on furlough I’ve had to be completely cut off.

“They turned off my emails overnight. I felt like I’d had a limb chopped off. I went from being busy getting up in the morning to nothing. Not going out at all.”

“Now I’m back on Monday and it’s quite a strange sensation. The only buildings I’ve been in in the last four months are my house, the hospital and the dentist. I’ve not even been in a shop.”

Keane is far from alone.

Among all of the 2.2 million people who have been shielding, 43 per cent have not left their home and garden, according to figures compiled by a coalition of charities including Diabetes UK and Age UK.

The charities wrote to the chancellor on Friday calling for protections for 595,000 clinically vulnerable people who normally work, to ensure they are not pressured to go back to unsafe workplaces.

Keane thinks the government should encourage a more staged reintroduction to workplaces for people who have been shielding.

Constant changes to government guidance have given mixed messages which have served to undermine the confidence of many people who are shielding, he says.

“I think most people agree the rules have been contradictory. That hasn’t helped the shielding community at all.

“We had the changes from 2-metre to 1-metre social distancing, then people were allowed to travel and we see Bournemouth beach packed, there was the face mask fiasco and now they’ve said this week people coming back from Spain have to quarantine, having said a few days before that they didn’t.”

“A lot of people who have been shielding feel we’ve been left stranded and to fend for ourselves. When this first started we weren’t told anything for weeks. I went three months without seeing my parents, then overnight on Saturday [1 August, when shielding people can go back to work] I can go into a shop, go to a pub and do a nine-hour day straight away.

“It’s a big step. I’ve got a real mixture of emotions.

He says he feels his employer has done what it can to implement social distancing measures, increase cleaning, introduced hand sanitiser stations hygiene and help people stay safe at work.

“Until I go back, I just don’t know. It’s going to be suck it and see. But the shipping industry is pretty good on health and safety.

Many others are not so fortunate.

One in seven workers with a lung condition feel so unsafe that they say they will refuse to return to their workplace, even if this means they lose their job, according to a survey by Asthma UK and the British Lung Foundation.

One third of the 8,500 people polled do not believe their workplace is or will be “Covid-secure”. Almost seven in 10 of those who said they were concerned about going back to work said they believe they will have to do so anyway.

The government has published guidelines for employers to follow, but Keane believes the messages on what “Covid-secure” actually means have been unclear and contradictory.

Asthma UK and the British Lung Foundation are urging employers to be understanding with their employees who have a lung condition and engage with their individual needs. This could include an ongoing option to work at home or redeployment to a lower risk role.

The charities are among a growing chorus of voices calling on government to do more.

Chris Askew, chief executive of Diabetes UK, said: “No one should be faced with the impossible task of choosing between their health, by returning to work in an unsafe environment, and their financial security.

“The government must ensure that employers are supported to take all the necessary measures to keep all employees safe if they are expected to attend work outside their home.

“In addition, the government should introduce a new support scheme for those clinically vulnerable people who are unable to return to a safe work environment.”

Sarah MacFadyen, head of policy at Asthma UK and the British Lung Foundation, wants the government to consider extending the furlough scheme for people who have been shielding, but so far the government has ignored that call.

“This group of people have already made huge sacrifices and need to be to be supported to make their own personal decision about whether to return to the workplace.”