Share prices on Wall Street rose to a fresh high after the head of the US central bank paved the way for years of more pro-growth policies by softening its approach to inflation.

Jerome Powell, the chairman of the Federal Reserve, said he and his policymaking colleagues in Washington had unanimously agreed that inflation would be allowed to rise above its 2% target for some time in order to boost employment.

In a clear indication of the determination of the world’s most powerful central bank to avoid Japan’s decade-long struggle against deflation, Powell said the persistent undershoot of inflation in recent years was a cause for concern and risked a cycle in which the expectation of falling prices dragged the actual rate of inflation down.

“We have seen this adverse dynamic play out in other major economies around the world and have learned that once it sets in, it can be very difficult to overcome”, Powell said in a speech to the Jackson Hole central bank symposium, being held virtually this year as a result of Covid-19. “We want to do what we can to prevent such a dynamic from happening here.”

The Fed’s new approach means that even if inflation starts to rise it won’t take action, such as raising interest rates or selling assets, that would slow down the economy. Instead, it will be able to stimulate activity for longer in order to create jobs.

Financial markets responded to Powell’s widely-expected comments. The Dow Jones industrial average turned positive for 2020 for the first time since March, while the S&P and Nasdaq indices hit new peaks.

Powell’s comments came as data showed that the number of new jobless claims filed in the US last week fell by 98,000 but remained above the one-million level at 1,006,000. Separate figures showed that America’s economic slump in the second quarter of 2020 was slightly less severe than originally feared. The annualised decline of 31.7% was less compared with the 32.9% drop estimated in late July, but it was still the steepest on record.

A policy statement issued by the Fed said it would try to ensure that inflation averaged 2% over time. Powell said this meant that after periods when inflation had been running below 2%, the appropriate policy would be to achieve inflation “moderately above 2% for some time”.

He added: “Our revised statement reflects our appreciation for the benefits of a strong labour market, particularly for many in low- and moderate-income communities, and that a robust job market can be sustained without causing an unwelcome increase in inflation.”

Candice Bangsund, vice president and portfolio manager at Fiera Capital, said: “This more relaxed view on inflation will reinforce the notion that rates will remain pinned at these rock-bottom levels for an extended time – which will be instrumental in guiding the economy back to health and acting as a key source of support for risky assets in general.”

Paul Ashworth, US economist at Capital Economics, said that with interest rates already so low the Fed would struggle to get inflation to 2% let alone any higher. He added that another major change was that the Fed would now interpret its maximum employment goal as a “broad-based and inclusive goal”, which suggested that rather than focusing solely on the aggregate unemployment rate, officials would also explicitly take into account how low-income and minority labour market participants were faring. 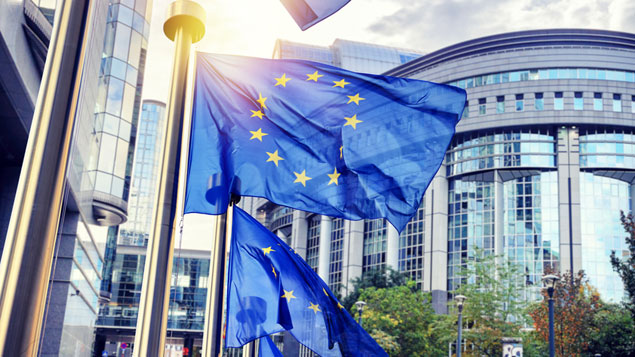 European Commission to consult over future of gig economy