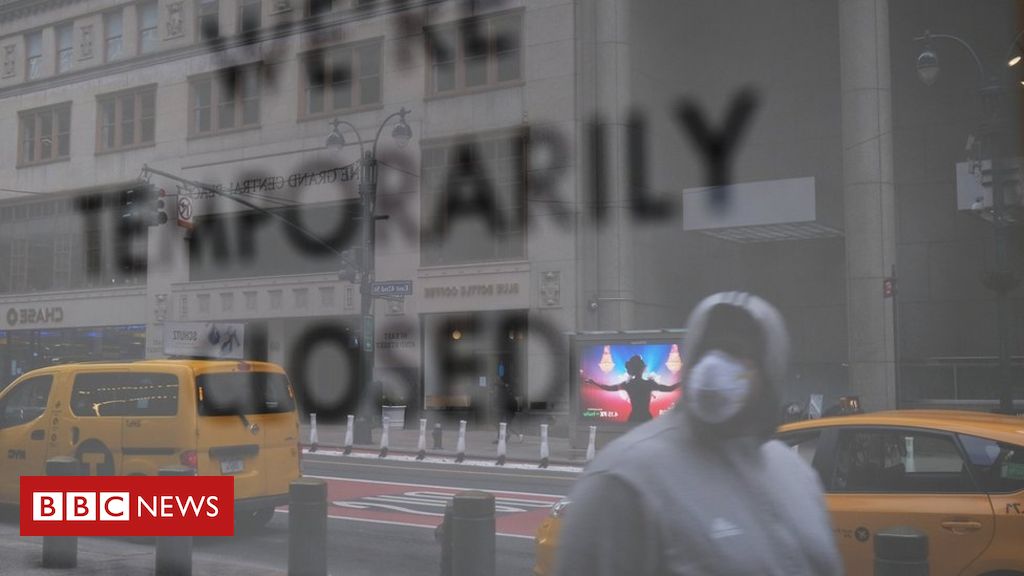 US jobless claims worse than expected despite reopening

US jobless claims worse than expected despite reopening


A further 1.5 million Americans filed for unemployment last week, a higher-than-expected number that signals the economic damage caused by the pandemic is continuing.

Although reopening is underway throughout the country, the number of new applications for benefits fell by just 58,000, the Labor Department said.

It was the 13th week in a row the figures have held above one million.

The claims remain more than double the pre-pandemic record set in 1982.

The smaller-than-expected decline in claims last week likely reflects “some moderation” in the pace of reopening, Wells Fargo economics said.

US employers added a surprise 2.5 million jobs last month and the unemployment rate fell to 13.3%, the Labor Department said earlier in its monthly report.

But most analysts expect the US unemployment rate to be above 9% at the end of the year – close to the high set in the aftermath of the 2008 financial crisis.

The Labor Department’s report on Thursday showed more than 29 million people – nearly one in five American workers – continued to collect jobless benefits as of 30 May.

“Like the threat posed by the virus, we must not become complacent about the level of human suffering associated with the economic downturn simply because of its persistence,” said Mark Hamrick, senior economic analyst at Bankrate.com.

The head of the US central bank this week warned of “significant uncertainty” regarding the recovery and told Congress he thought further economic relief would be necessary.