Unemployment may be ‘close to peak’, says CIPD 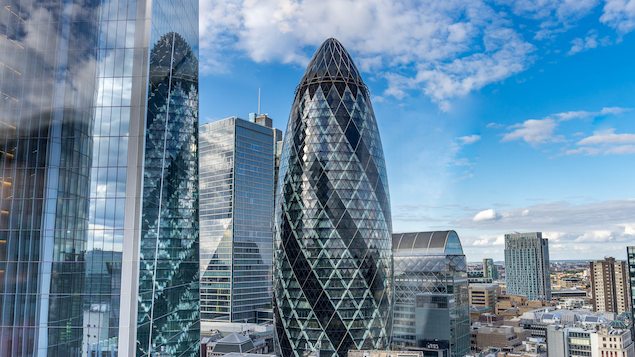 Finance and insurance companies had the highest hiring intentions, the CIPD said
Shutterstock

More than half of employers plan to hire new staff over the next three months, according to the latest Labour Market Outlook from the CIPD.

Gerwyn Davies, senior labour market adviser, said that “unemployment may be close to peak”, with the HR body reporting that 56% of 2,000 employers would recruit in the first quarter of this year.

The CIPD’s quarterly outlook, produced in conjunction with recruitment company Adecco, found that the proportion of organisations looking to make redundancies in the first three months of this year had dropped from 30% to 20% since the last three months of 2020.

This was higher in the private sector, where the proportion planning redundancies dropped from 34% to 20%.

The net employment intentions figure, which measures the difference between the proportion of employers planning to add jobs and those planning to cut roles, rose to +11 for this quarter. This is the highest it has been in a year.

News of more positive recruitment intentions comes as Boris Johnson prepares to outline the government’s roadmap out of the current lockdown restrictions, beginning with pupils’ return to school on 8 March.

Sectors with the strongest hiring intentions included healthcare (80% of employers have hiring plans), finance and insurance (65%), education (65%) and IT (67%).

The least optimistic sector was hospitality, where only 36% of employers intended to recruit new staff.

The CIPD’s research echoes findings of research into redundancy intentions published this weekend by the BBC.

It would be hugely counterproductive if the government’s financial support faltered, while some of the biggest sectors of the UK economy are still in survival mode” – Gerwyn Davies, CIPD

According to the findings of a Freedom of Information request to the Insolvency Service, the number of employers that made plans to make employees redundant in January was 292 – the lowest since the pandemic began.

This was the number of organisations filing a HR1 or Advanced Notice of Redundancy form with the Insolvency Service, which they must do if planning 20 or more redundancies. In total, these HR1 forms covered 32,000 jobs, the BBC said.

However, while acknowledging the figures as the “first positive employment prospects we’ve seen in a year”, Davies added that a sudden withdrawal of government support or “further shocks” to the economy could mean further redundancies.

“It would be hugely counterproductive if the government’s financial support faltered, while some of the biggest sectors of the UK economy are still in survival mode,” he added.

Alex Fleming, region president of northern Europe for Adecco Workforce Solutions, said: “The start of 2021 has been challenging, with the UK entering into its third lockdown. It is still positive to see some signs of labour market recovery, with a clear rise in net employment intentions.

“The furlough scheme and redeployment have enabled many organisations to avoid redundancies during the pandemic, and as we continue to transition into the new era of work, government support will remain a key factor in helping to minimise any further jobs fallout.”

He added that organisations would need to invest in reskilling and upskilling workers. “Even with a Brexit deal and the vaccine rollout under way, there is uncertainty, particularly among the younger generation, when it comes to remaining in the UK for work,” she added.

“Therefore, companies that invest in career development, enhancing the skillsets of employees and maintaining a positive workplace culture will help to strengthen their talent attraction and retention strategies during what remains such an unprecedented time.”

Official figures suggest that the current rate of unemployment in the UK is about 1.7 million, or 4.9% of the working population.

However, a study backed by former Prime Minister Gordon Brown recently claimed that these figures could be missing thousands of people because of the way data is collected.