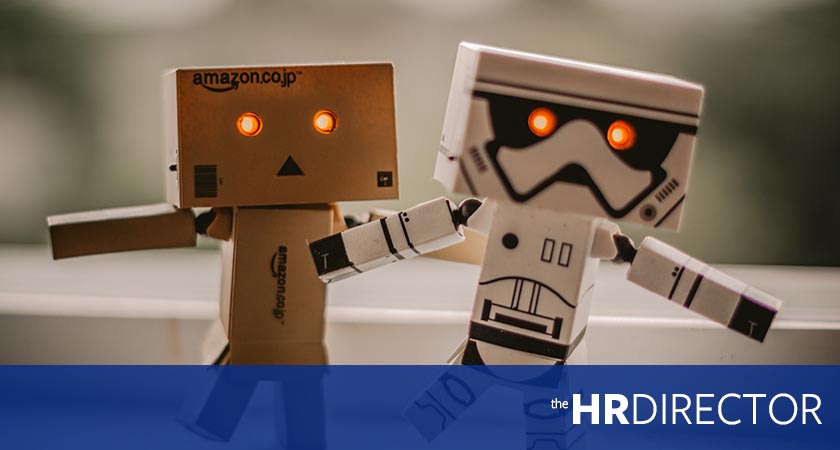 
Over half (54 percent) of UK adults (67 percent of 18-34 year olds) say that they are ready to learn new skills or completely retrain in order to improve future employability – only 11 percent say they are not. Despite the appetite to upskill, UK workers are given the fewest opportunities by employers, with over half (51 percent) offered no opportunities at all. Contribution Carol Stubbings, Global Head of People and Organisation – PwC.

Those workers without education beyond school are getting fewer opportunities to learn new skills (59 percent offered no opportunities by their employers compared with 44 percent of graduates) 58 percent of UK adults are worried that automation is putting jobs at risk and over a quarter (29 percent) think that their job will be significantly changed or made obsolete by automation in the next 10 years.

New research out today from PwC reveals that, despite an appetite and willingness to learn new skills in the face of increasing automation, many UK workers are not being offered upskilling opportunities by their employers, which is leading to mistrust and fear of automation and technology.

The Upskilling Hopes and Fears research – which surveyed more than 22,000 people in 11 markets – indicates that three-quarters (73 percent) of UK workers would take the opportunity to better understand or use technology if they were given the option by their employer. However, currently only 49 percent of workers say their employer is giving them the chance to improve their digital skills outside their normal duties, with a mere 14 percent saying that they are given many opportunities. This suggests why 58 percent of UK adults fear that automation is putting jobs at risk, with Brits the most likely out of the populations surveyed to believe that automation presents more risks than opportunities – a direct contrast to adults in India and China (even adjusting for cultural differences in responses), where seven in ten think automation presents more opportunities than risks.

Of the countries surveyed, UK workers – followed by their Australian counterparts – were found to be offered the fewest opportunities to upskill and, consequently, only half feel well equipped to use new technologies entering the workplace. Unsurprisingly, the markets who are best at adopting upskilling are also the markets who feel most well equipped in using new technologies entering their workplace: India (91 percent), South Africa (80 percent) and China (78 percent).

Kevin Ellis, Chairman of PwC UK, commented: “The mismatch between the skills people have and those needed for the digital world is a major  global challenge. While technology will likely create as many jobs as it displaces, people need to learn new skills and develop their understanding in order to adapt. Without combined efforts from governments, businesses and NGOs, swathes of people risk being left behind, exacerbating social and economic inequalities.  The UK’s track record in education and innovation means we’re phenomenally well placed to step up and take action.”

These results highlight the need for organisations to look seriously at offering upskilling opportunities for staff. Over half of adults (56 percent) believe that over the next decade technology will change their current job, with 29 percent believing that that their jobs will be significantly changed or obsolete as a result of automation.

According to the report, over half of UK adults (54 percent) say that they are ready to learn new skills or completely re-train in order to improve their future employability (only 11 percent say they are not). Workers would be prepared to do a number of things if they believed their job was at risk of being replaced by automation, including: take part time training (73 percent), take full time training (49 percent), start their own business (41 percent),  accept a lower level position in another company or industry (39 percent), and accept a position with a lower salary than their previous job (33 percent).

Carol Stubbings, Global Head of People and Organisation at PwC , added: “Organisations need to seize on people’s appetite to learn new skills.  Too often assumptions are made about the type of worker who should be upskilled, so the opportunities are not evenly spread.  The Government’s National Retraining Scheme is a positive step forward – there’s a huge amount to be done.”

The research highlights disparities in upskilling opportunities by gender, education, and age.  Over half (54 percent) of men surveyed say their employer is giving them the chance to learn new skills, as opposed to only 45 percent of women. Over half of women (55 percent) say they are offered no opportunities at all. In addition, the research suggests a higher education also leads to more upskilling opportunities – 56 percent of university graduates say they are offered them, whereas only 41 percent of those educated to school leaver level say the same.

The survey builds on PwC analysis showing that 30 percent of jobs could be impacted by automation by the mid-2030s. Meanwhile, PwC’s annual CEO survey shows that the availability of skills is a top concern for 79 percent of CEOs