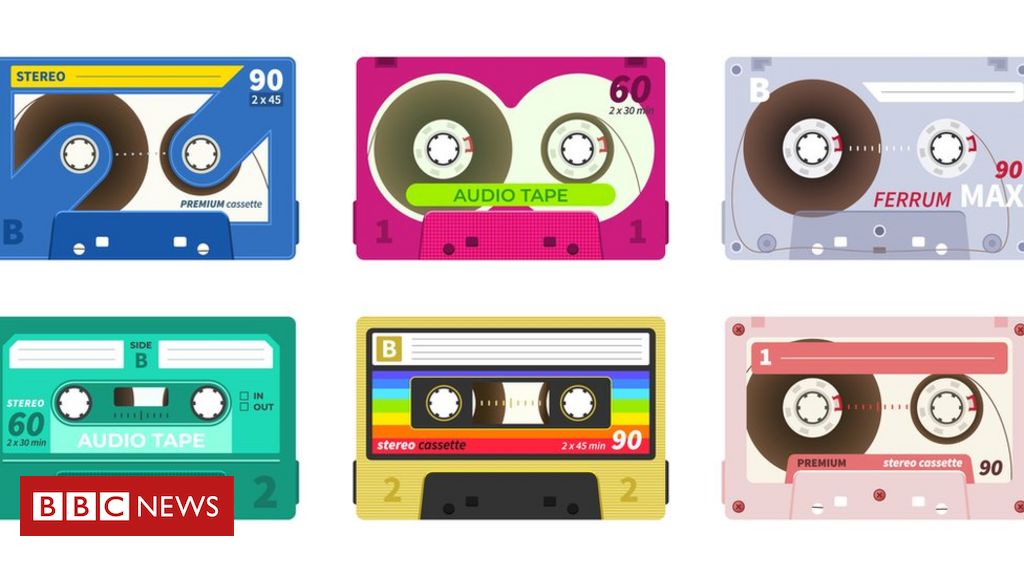 
Nearly 65,000 music cassettes were sold in the UK in the first six months of 2020, according to the Official Charts Company.

The firm says this is double the cassette sales figure recorded during the same period in 2019 – and more than the entire year’s sales from 2018.

Lady Gaga has sold 12,000 cassettes of her latest studio album Chromatica since its release in May 2020.

A triple-cassette edition of Chromatica is currently on sale for £23.99 ($30) online.

Australian band 5 Seconds of Summer shifted 12,000 cassette versions of its latest album Calm within the first week of release. It offers five different variations of the product.

There’s also a wide range of tape players available, including personal stereos – but the format is more likely to be sold as merchandise than to play, experts say.

The sales figures still pale into comparison with the biggest streamed hit of 2019 – Lewis Capaldi’s Someone You Loved was streamed 228 million times.

Gennaro Castaldo from the BPI (British Phonographic Industry) said cassette sales represented a “tiny fraction” of UK music sales overall despite predictions that the figure could cross 100,000 this year, for the first time since 2003.

“Alongside core fans, younger consumers are now buying into their collectible appeal – as they have done with vinyl – and the more they do this, the greater the demand for labels and artists to cater to,” he said.

Music analyst Mark Mulligan from Midia Research said that the cassette was unlikely to ever come close to vinyl in terms of popularity.

“Cassettes have always been an inferior product in terms of audio quality,” he said.

“The thing [cassettes and vinyl] have in common is that they are memorabilia. It’s almost like a gaping hole in the modern music business. Rather than sitting on display on your shelves, your music sits ephemerally in a cloud somewhere.

Countries like Japan, Korea and China cater more for music fans in terms of the merchandise they offered, he added.

“TenCent [the Chinese tech giant] makes many multiple times more revenue from its music products than from its streaming,” he said.