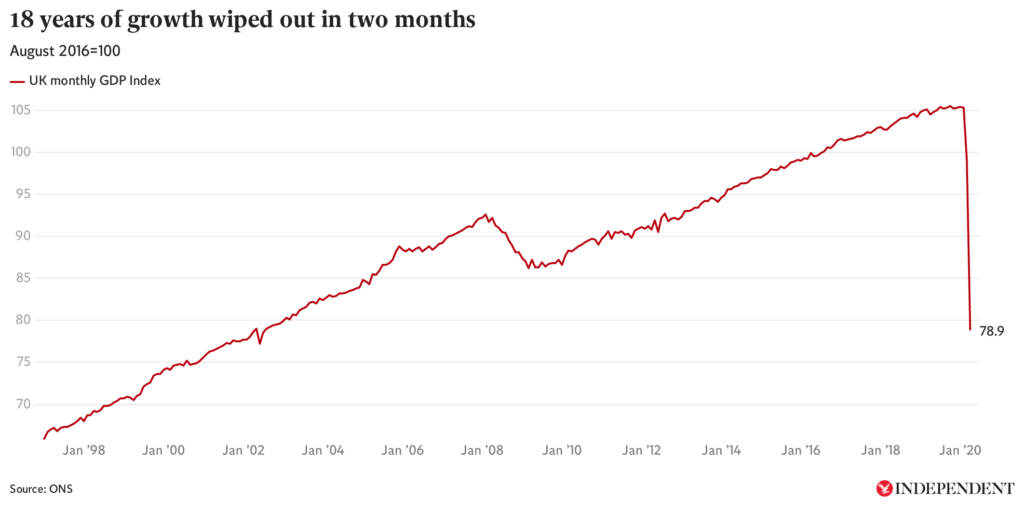 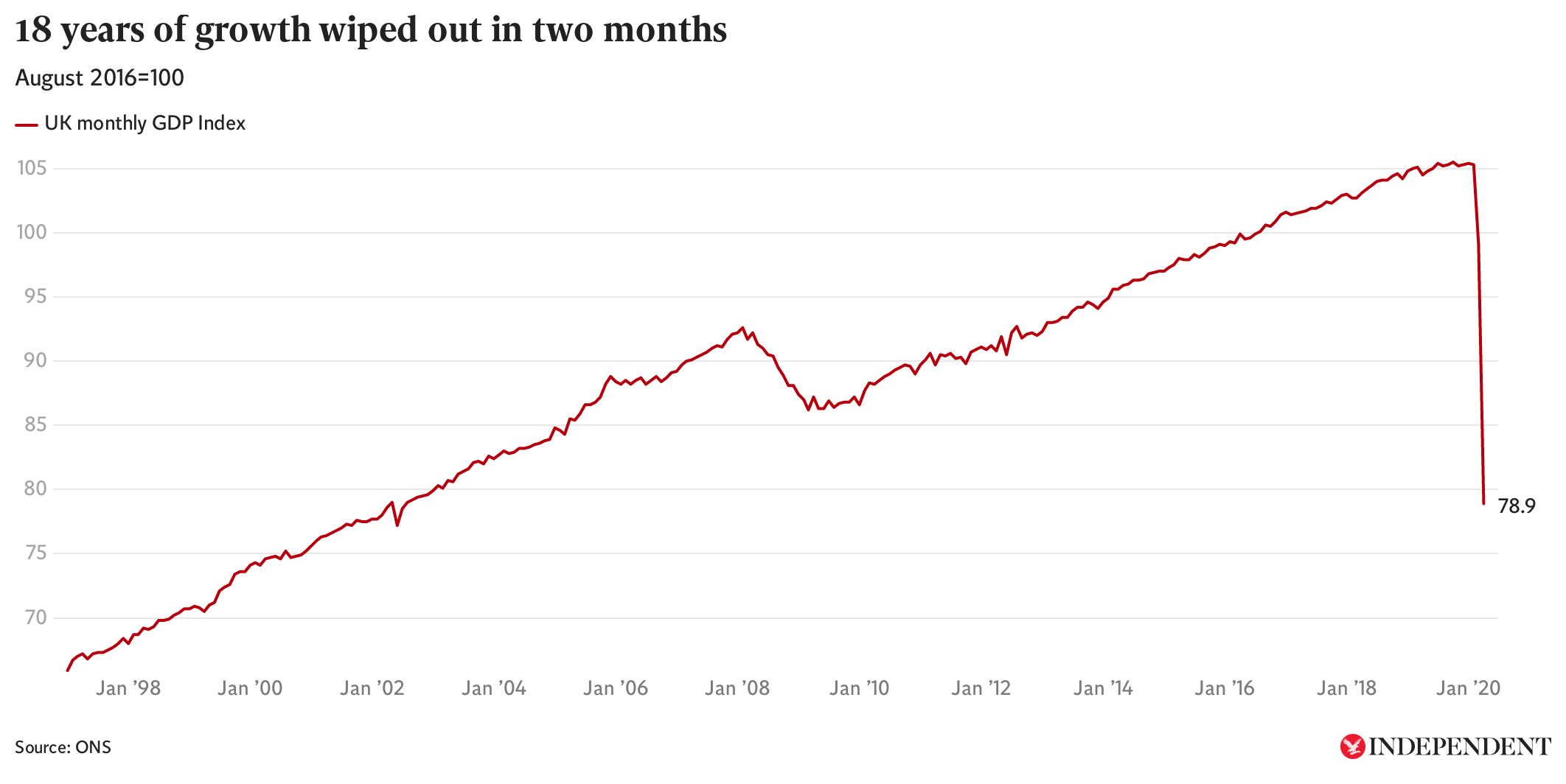 The output of the UK economy is estimated by the Office for National Statistics (ONS) to have fallen by a fifth in April 2020, the first full month of lockdown.

That contraction has been described by the statistics agency as unprecedented.

And it suggests that we are already deep in recession.

Here The Independent puts the latest data in historic context.

The ONS has estimates for monthly UK GDP going back to 1997.

The 20.4 per cent collapse in April is by far the largest single-month contraction in that series.

In the global financial crisis recession of 2008-09 the largest single-month drop in UK GDP was 1.04 per cent.

Growth rates are important, but so is the level of activity.

The ONS figures imply that the level of total economic activity in April was back down to where it was in 2002, implying that an astonishing 18 years of growth seemed to disappear this year.

A recession is defined as two consecutive quarters of contracting GDP.

The ONS says the economy fell by 2 per cent in the first quarter of 2020.

The massive plunge in April – the first month of the second quarter – means a second-quarter decline is certain, so we are in recession.

How big will the second-quarter decline be?

In May the Bank of England produced an estimate that it would fall by 25 per cent in the three months to June. Today’s ONS figures suggest that it might not be as bad as that if April was the peak of the lockdown – but it will be relatively close.

The Bank of England has compiled estimates of quarterly UK GDP figures going back to the 1920s.

A 25 per cent contraction would be comfortably the largest quarterly drop on record.

The next largest quarterly drop was during a miners’s strike in early 1921, when GDP fell 13.3 per cent.

What about the performance of the economy measured in years?

GDP was only developed as a measure of economic activity in the mid-20th century.

But economic historians have developed estimates for it going back further into history.

The Bank of England in May also estimated that the full-year contraction for the UK economy in 2020 could be 14 per cent, reflecting a partial recovery in activity in the second half of the year.

But a 14 per cent contraction would still be the worst performance for the economy since 1706, the year that England and Scotland were officially joined in union.

The UK was still a mainly agricultural economy in that period so that collapse is likely to have reflected a disastrous harvest due to poor weather.

Many countries, of course, have imposed lockdowns and the global economy is set for its worst contraction in decades in 2020.

So how does the UK’s economic hit compare to that of other countries?

The OECD produced some forecasts earlier this week which suggested that Britain would have one of the worst contractions of any developed country.

This projected relative underperformance was ascribed to our economy’s reliance on trade, tourism and hospitality – all sectors set to take huge hits in 2020.