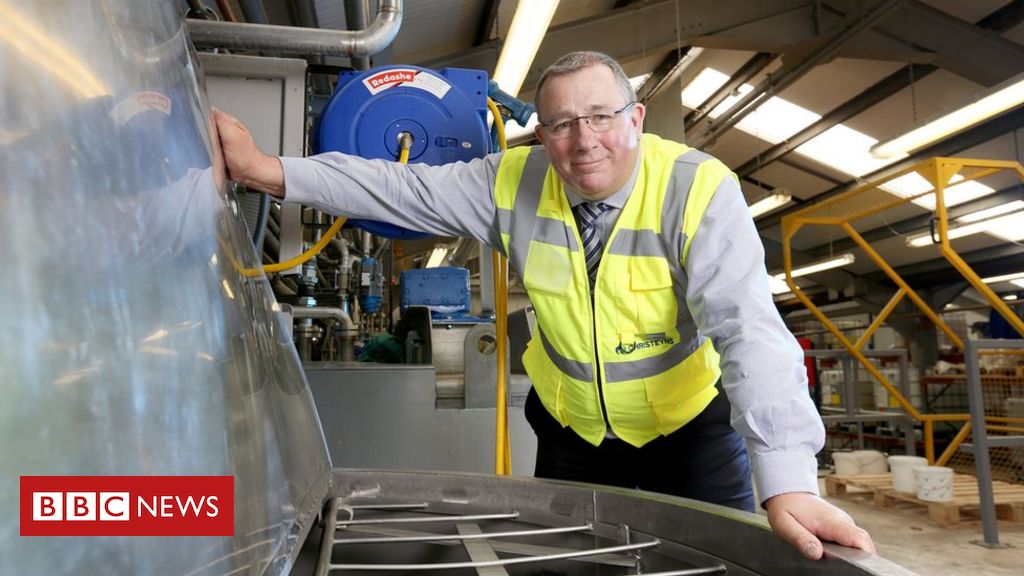 UK economy: ‘We are battered, bruised, but wiser after lockdown’

UK economy: ‘We are battered, bruised, but wiser after lockdown’


Businessman Nick Garthwaite sums up trading during the last few months thus: “We took an absolute pasting. May was the bottom, the pits.”

It’s a view that must be felt at the thousands of firms surveyed for the latest British Chamber of Commerce’s Quarterly Economic Survey, published on Wednesday.

Eleven of the 14 key indicators for the service sector fell to their lowest level in the survey’s 31-year history. In manufacturing, nine of the 14 indicators dropped to the lowest point.

Mr Garthwaite is managing director of Bradford-based Christeyns UK, a chemicals business that straddles many of the sectors directly affected by the economic slowdown – hospitality, construction, food, manufacturing.

Greggs and Muller are major customers for Christeyns’ food hygiene chemicals arm, and the commercial cleaning operation works with hotels and the NHS.

The BCC’s survey of 7,700 firms, representing 580,000 employees across the UK, found that economic conditions in the April-June quarter “deteriorated at an unprecedented rate”.

And that was certainly Mr Garthwaite’s experience following the lockdown on 23 March. “We had to work quickly when it was clear things were slowing. We set up home-working and furloughing. There was no panic, just a pragmatic approach that we had to act quickly.”

Christeyns’ chemicals facility in Bradford, which supplies the construction sector, was the worst hit. “This part of the business went off the edge of the cliff,” he said. The commercial laundry arm also suffered badly. Mr Braithwaite reckons the two operations lost about 70% of trade in May.

But another part of the company, which sells cleaning chemicals and sanitisers, did brisk business as demand soared. The business has been running at full capacity, he said.

The BCC’s survey, the largest independent barometer of UK business sentiment, found that sales, orders and cashflow hit rock bottom for many firms.

Nevertheless, Mr Garthwaite said he is positive now that lockdown is being eased. Most of his 300 staff have been been brought back from furlough, with only those facing underlying health issues staying away.

Christenys’ factories at Warrington and Whaley Bridge are “almost back up to full strength”, he said. Trading across the business picked up in June, and he anticipates that July will be “slightly better”.

But Mr Garthwaite added: “Getting back to 2019 levels of profit figures may not happen until next year, or even the year after. But I do feel we have turned a corner. It’s been difficult – but then it’s been difficult for millions of people.

“We are battered, bruised, but wiser after the event,” he said.

Like Mr Garthwaite, Suren Thiru, head of economics at the BCC, believes the last few weeks are likely to have been the nadir for most businesses.

Mr Thiru said: “With lockdown restrictions steadily easing, the second quarter is likely to prove to be the low point for the UK economy.

“However, the collapse in forward looking indicators of activity suggests that unless action is taken, the prospect of a swift and sustained recovery may prove too optimistic.”

On Tuesday, Prime Minister Boris Johnson set out plans to “build, build, build” with promised investments in infrastructure and schools. But the BCC is more focused on Chancellor Rishi Sunak, who is due to make a keynote economic statement later this month. Ahead of this, the BCC called on Wednesday for a series of targeted measures, including:

For Mr Garthwaite, the last of these is particularly important. “I am old enough to have lived through past recessions, and we ended up doing very little for young people. Apprenticeships can be so beneficial for the young. We need to be forward-thinking and create something for them that is fit for purpose.”

And he made a special plea for the government to make good on its promise to invest in the north of England. “We want to see money for the Northern Powerhouse. Just re-organising the deckchairs is not going to be enough.”

The sentiments were echoed by Dr Adam Marshall, the BCC’s director general, who said the survey results showed that the whole of the UK needed “swift and substantial action”.

He said: “The government has one chance to jump-start the economy and business confidence over the coming weeks – and they must take it.

“The only way to re-kindle business and consumer confidence is to demonstrate an absolute and unshakeable focus on boosting the economy over the coming months.”