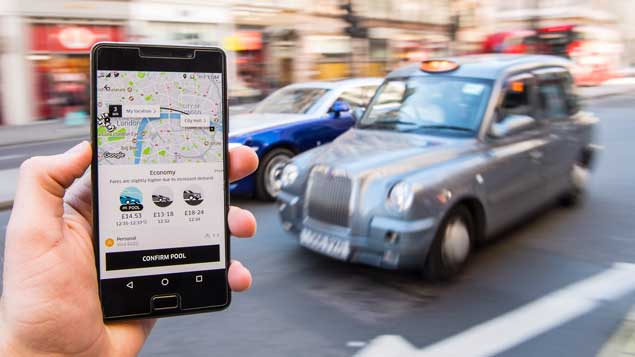 As it awaits judgment from the UK supreme court over the employment status of its drivers, Uber has won the right to continue operating in London.

Transport for London (TfL), in September 2017 refused to renew Uber’s licence over passenger safety fears. The ride-hailing firm, however, then won a series of appeals to allow it to keep operating. TfL again decided not to renew its licence in November.

But now Uber has been granted a new licence after Westminster Magistrates’ Court decided that it was a “fit and proper operator” despite historical failings.

In particular, TfL was concerned about the flaw in Uber’s system that allowed unauthorised people to upload their photographs to legitimate drivers’ accounts, which then allowed them to pick up passengers.

The court heard evidence that 24 drivers shared their accounts with 20 others which led to 14,788 rides.

Jamie Heywood, Uber’s regional general manager for Northern and Eastern Europe,  said: “It was not what we would do now. It was inadequate, we could have done better.”

Mayor of London Sadiq Khan said TfL was correct not to renew Uber licence last year but acknowledged the company had “made improvements” but added TfL would closely be monitored and would face sanctions if it failed to adhere to higher standards.

Deputy chief magistrate Tan Ikram said: “Despite their historical failings, I find them, now, to be a fit and proper person to hold a London PHV [private hire vehicle] operator’s licence,” he said.

The new licence will run for 18 months, said the judge. It is not clear yet if any conditions have been imposed.

The Licensed Taxi Drivers’ Association said the ruling was a “disaster for London” adding that Uber could not be trusted to put the safety of its drivers and passengers above profit.  “Sadly, it seems that Uber is too big to regulate effectively but too big to fail,” it said.

However, of more lasting significance will be the case heard by the supreme court in July. This will have significant implications on the rights of the estimated 5.5 million gig economy workers in the UK – a number that is likely to grow as the coronavirus crisis forces significant numbers of people out of work.

City law firm Bates Wells has represented the former Uber drivers bringing a case against the firm on a pro bono basis since the first appeals case in 2016.

Bates Wells associate Rachel Mathieson told Personnel Today: “One of the key issues is that if they are workers, when are they workers? Is it when the app is on – which is not accepted by Uber – or is it when there is a passenger in the car? Uber’s position is that there is no working time essentially.”

It is not yet known when the verdict in this case will be announced.

Anna McCaffrey, senior counsel, Taylor Wessing, underlined that Uber still had work to do to convince TfL that it had changed its ways.

“The magistrates court agreed that Uber had made improvements and addressed TfL safety concerns. However, the fact that the length of extension is up for debate, rather than securing Uber’s preferred five-year licence, demonstrates that Uber will have to work hard to continue to prove to TfL and the Court that it has really changed. If not, Uber is likely to find itself back in Court facing the same battle next year,” she said.

“Uber will be particularly relieved at the decision, coming as it does at a particularly critical moment for Uber who are dealing with the consequences of a significant drop in passenger demand due to Covid, and are also awaiting the decision from the Supreme Court which will finally settle the question as to whether Uber’s drivers are workers or self-employed.”