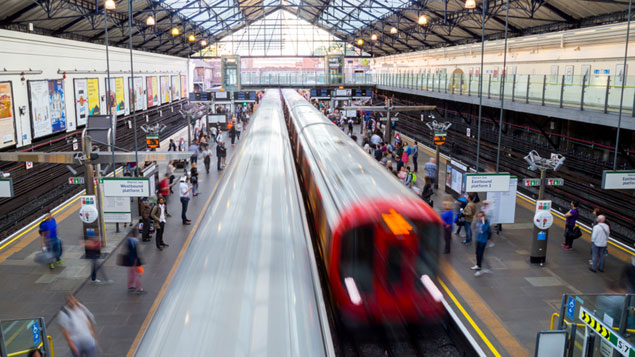 A Tube driver was unfairly dismissed by London Underground after it accused her of dishonestly claiming she had been injured at work.

Employment judge Gardiner at East London Hearing Centre heard Lisa Stewart maintain she had dislocated her knee in the driver’s cab shortly before setting off down the train to intervene in a fight, in accordance with established procedures.

Ms Stewart had been a Tube driver, under the job title train manager, for London Underground since 2002.

After a disciplinary hearing, London Underground decided that Ms Stewart was guilty of gross misconduct and she was dismissed on 27 January 2020. Her subsequent appeal was dismissed.

On 7 April 2019 Ms Stewart was driving a District Line train and had reached Gloucester Road station where there was fight between two passengers leading to another passenger activating the train’s emergency alarm. In such incidents, the driver is required to leave the cab to investigate.

Ms Stewart maintained that as she left the cab she stumbled and fell, injuring a knee. But this was not accepted by London Underground partly because CCTV appeared to show her moving freely and without pain. Furthermore, in communications with the District Line controller over the incident, Ms Stewart did not refer to any injury she had suffered at that point, although later on the same trip, as the train reached Hammersmith, she contacted the controller once again and requested an icepack for her left knee, which she said she had damaged when leaving the cab (because a passenger had pushed against the door).

Because of her painful and swollen knee, claimed Ms Stewart, she was unable to continue with her shift and on arrival back at her Barking base station she drove home to attend to her injury. No icepacks were available from London Underground.

At home, she took photos of her swollen knee, which were time-stamped, but at the disciplinary hearing they were rejected. At a clinic her knee was popped back in. A GP gave her a fit note saying she was unfit for work until 15 May 2019, this was later extended for four weeks partly because the knee needed further treatment.

At the end of May, Ms Stewart was summoned to meetings with a train operations managers about her sick leave. First, she rejected an accusation that she had been holidaying in Tenerife when she was on sick leave, then her version of events surrounding the fall was challenged. She maintained that adrenaline had kicked in as she went to intervene in the fight, so she had felt no pain at that point. This explained, her counsel argued, why CCTV images did not show her limping or in apparent pain.

The judge ruled that London Underground had failed to investigate “as a reasonable employer would” Ms Stewart’s motivation for lying about how she came to injure her knee. He decided that any discrepancies in her account (such as over the precise cause of her fall) were not the result of dishonesty but because of the stress caused by the need to intervene in the fight on her train. Additionally, some of the medical evidence gathered around the case was not disclosed by London Underground despite it supporting the claimant’s explanation.

The judge also listed several procedural failings including the failure to share occupational health advice with Ms Stewart. There was also an assumption that she would not have been able to drive home from Barking station given her knee injury – an assumption made without any medical support. He concluded that on the balance of probabilities, the injury occurred as Ms Stewart described, as supported by her GP.

A remedy hearing will be scheduled later this year.